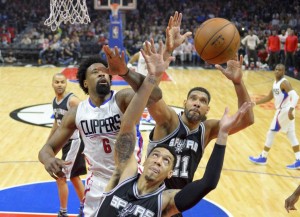 Los Angeles Clippers will be looking to extend their winning run in the league to four games when they square off against Dallas Mavericks at their Staples Center on Wednesday evening. Clippers are seen as hot favorites to win the game, but they will have to prove their worth on the court.

Los Angeles Clippers have been having their ups and downs this season, but it has to be noted that coach Doc Rivers has been having a number of injury worries in the 2016/2017 NBA campaign. Key players Blake Griffin and Chris Paul are fit in the season finale and it is no surprise Clippers have found their best form of late. Thanks to a 115-104 win over Lakers in the local derby the team extended their winning run to three games and they are certainly brimming with confidence ahead of the visit of Dallas Mavericks. Clippers are eager to finish the season in top four in the Western Conference and I believe that the hosts will take Wednesday’s clash against Dallas Mavericks very seriously.

Austin Rivers and Diamond Stone are both rated doubtful and the duo will be assessed on the match day. Coach Doc Rivers has no other selection worries ahead of Wednesday’s game.

Little to play for

Dallas Mavericks did remarkably well to win the NBA title in 2011, but they have not been as impressive in the national basketball league ever since. Mavs sit in 11th place in the Western Conference ahead of the trip to Los Angeles and they missed out on a place in the play-offs. The visitors have little to play for in Wednesday’s game at Staples Center, but, no doubt, their pride will be at stake this time out. Dallas head into the match following a 98-87 loss to Sacramento Kings and it has to be noted that they suffered three defeats in previous four away games in NBA. German veteran Dirk Nowitzki is nearing the end of his playing days and the club owners will have to reinforce the roster in the summer if they are to play an important role in NBA next season. Coach Rick Carlisle will certainly use upcoming games to test as many players as possible and, taking everything into account, away win should not be considered.

Dirk Nowitzki missed the Sacramento game with an Achilles problem, but he could return against Clippers. Seth Curry is rated doubtful as well, whilst Wesley Matthews returns to contention after he was rested against Kings.

As I have already mentioned, Los Angeles Clippers are eyeing the fourth position in the Western Conference and seeing that they have been in a splendid form of late, I believe that there is a big value in betting on the hosts. Dallas are out of the play-off race and, taking everything into account, the visitors are likely to return home empty-handed.