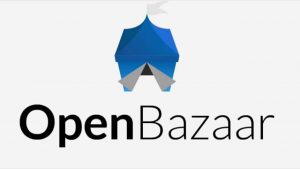 A bitcoin startup that is gathering the biggest amount of press coverage in recent days is without any doubt OpenBazaar. This protocol for an open-source marketplace that is based on bitcoin has just successfully raised $3 million in their latest round of funding.

In the coming months, the startup with surely grow substantially as it prepares for launch. Here are the key points about OpenBazaar and what could it mean for the global bitcoin population and those who are only thinking about jumping on board.

The round of funding was spearheaded by a Berlin-based VC fund called BlueYard. The company focuses on startups that are in an early stage of development and even before now, it has also developed a strong track record for supporting markets that operate on a decentralized system. Aside from them, Union Square Ventures and Andreessen Horowitz, one of the venture capital’s heavyweights were also present.

The synergy worked out really well for the startup, mainly when it comes to the sum of money that has been gathered. But, aside from this, the media angle of the round also made OpenBazaar come out on top, with plenty of coverage provided to the startup.

The media attention alone could mean that the company has a great footing for the expansion of the launch process. Here, the free exposition could provide a big push for its marketing needs and boost their sign-up rates when the next phase comes around. The exposition, like when it comes to other end-user bitcoin activity including betting online using BTC, means the difference between a successful post-launch period and one that seemingly under-delivers.

The latest round of funding comes about 12 months after the company that is developing OpenBazaar, called OB1, managed to get $1 million from Andreessen Horowitz, angel investor William Mougayar and Union Square Ventures.

In a busy 2016, OB1 launched OpenBazaar in April of this year after a period of rigorous testing. Since then, the marketplace has started to see its user number come up and a range of items get on sale. On the back end, the platform works as eBay using a decentralized process, where the sellers and buyers are connected directly using an application-based marketplace. The marketplace does not demand a credit card or a PayPal account. Instead, it works with bitcoin to provide a medium for the exchange itself.

The project of OpenBazaar is actually the second incarnation of this principle. The first project was called DarkMarket and it won the Toronto’s Bitcoin Expo hackathon in 2014. Since then, the project’s new iteration has grown into OpenBazaar and took up a lot less inconspicuous name than DarkMarket.

The CEO Brian Hoffman was exceedingly optimistic about the prospects of the OpenBazaar now that the funding was completed. In fact, he underlined this idea by saying that 2017 will be very busy in the startup.

Currently, the company is thrilled to see how users are utilizing their platform, but with the new round of funding, its leaders have no doubt that they will be able to develop it on an even bigger scale. With it, the company hopes to bring a brand of truly open and free trading to the world. Interestingly enough, with proper management and the right course, OpenBazaar could do this.

The upgrades that are currently under development include an expansion in its basic suite of services. The same should lead to an OpenBazaar version 2.0, but also value-add services, which have already pointed experts towards the potential route to future monetization.

Naturally, the move is expected and welcome because the company currently makes no profit on individuals trading on its platform and it does not have any plans to change this. An external method of monetization is definitely in the cards for OB1 and value-add services could be the path towards that goal.

Finally, most interestingly, the company plans to integrate Tor, the communication network that provides its members with complete online anonymity. Here, the most interesting fact about OpenBazaar could be found.

The introduction of Tor into the mix makes the entire story about the funding of OpenBazaar even more interesting. On one hand, the same specification detailing the level of privacy protection was something that was always included in the core pitch of the service. However, Tor, as one of the most important tools for providing anonymity by rerouting the user’s IP address, seems like an interesting twist.

The other side of the story is that it includes some potentially problematic issues when it comes to regulation and oversight. In the digital domain, even the eSports in-app games of chance are slowly getting regulated, like for example the phenomena of skin trading in CS:GO. This process of completely anonymous trading could end up being a hub of illegal offers, all of which cannot be traced by law enforcement.

This fits completely into the basic narrative of the company and so far it has not backfired in the domain of funding. However, being that the same is always a slippery issue in the bitcoin domain, the problem might come to the forefront a lot faster than any of the OB1 executives would like to believe.

Here, it would be very wise from the startup if their PR team could somehow preemptively discuss the implication of Tor presence and hopefully decrease the potential friction factor on their terms. If they fail to do this, the mainstream media will most likely latch onto these particular aspects and drive it for as long as possible in the public discourse.

If OpenBazaar stands any chance of raising the level of user adoption in the important geographical markets, then the same issue has to be addressed before it can spiral out of control.