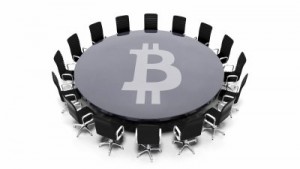 The BitCoin network and its developers have recently reached a crucial point when related to the block size issue. This comes as BitCoin Core developers and about 80% of its entire mining power, mainly in the form of mining pool operators came to an agreement about choosing the option of hard forking BitCoin.

The same event is the first such occasion in the domain of the cryptocurrency as the option apparently was not on the table until now. However, many are wondering what this will do for the BitCoin Classic approach. In fact, some believe that this agreement would be able to prevent the entire Classic alternative from reaching the phase of its activation.

Because of the nature of the P2P BitCoin network, the decision was spread out over several layers of relevant parties. At the same time, its potential to impact the future of the digital currency is also intense, mainly because the block size issue is so comprehensive and important. That is why each perspective needs to be observed and examined detailedly for the fullest possible picture.

First of all, it is important to underline that the solution for the BitCoin block size issue is very important for the future of the cryptocurrency. A mere few weeks ago, analysts feared that BitCoin users would have to wait until the middle of 2016 before a consensus was reached.

During that period, most were certain that the price of BTC would sharply drop because of the fears which would be generated by this scenario. In this regard, the decision and the choice of going closer to the hard fork alternative can only be called a positive one.

But, there is always another perspective to the story. Now, the hard fork solution was accepted by the Chinese mining pools. Apparently, their decision-makers were persuaded by the BitCoin Core developers to go for this alternative. The same mining pools easily make up almost 4/5 of the entire hashing potential of the network.

This mining power makes the Chinese vote exceedingly strong, and all agreed that it would hold sway over any block size solution. Similar to a lot of other digital processes, ranging from E-Sports to digital security, China is a juggernaut in this domain, and its impact cannot be downplayed.

But, the strange thing is that until now, the hard fork option seems to be non-existent when it comes to the future of the network. A few months back, both BitCoin Core developers and the Chinese miners appeared to take the same alternative off the table. This was explained by the fact that hard forking the BitCoin system brings with it a very big set of challenges and also plenty of potential risks. It seems that the same trend changed inside of the Core developer community.

Currently, there is no way to tell if the alternative provided by the Classic side would work, but the efforts of the Core community seem to be reinvigorated. Some have suggested that the BitCoin Classic is responsible for the fact that Bitcoin Core developers started working on the problem with a lot more determination.

One fact that is undeniable is that these two solutions offer a very similar alternative. Because of this, there is little doubt that BitCoin will be hard forked at some stage in the coming months.

So far, various mining pools have declared their preferences for choosing the process of hard forking instead of the implementation of the Segregated Witness. This second process should start off before the hard fork, which should follow it several months later. But, something was able to change the minds of many relevant people, and it seems highly unlikely this was due to a couple of presentations.

A Plant to Disrupt of the BitCoin Classic Activation Threshold

Thanks to the amount of the support offered to the BitCoin proposal, the supporters of the BitCoin Classic alternative will find themselves hard pressed to adapt to the new circumstances. It is interesting to mention that one of the key facts about this solution was the need for a certain level of mining power that is necessary to convert to the BitCoin Classic alternative and activate the increase in the block size threshold.

In the case that the solution offered by the BitCoin Classic will not be adopted by the big players in the network, the same solution will most likely die out. Instead, the BitCoin Core will use the soft work on the block size issue. At the same time, the alternative will make use of the Segregated Witness. In theory, this problem will be solved when either party’s proposition reaches a majority consensus before April 2016, which means that several exciting and stressful weeks for the community are about to begin.

The struggle between the developers can be seen in two different lights. From one standpoint, a transparent struggle, similar to an election cycle, is a good thing for any system that desires to last a longer than a single decision-making generation. But, at the same time, some wonder if the transparency is a very calculated process in which the parties try to win over the “popular vote”, or the sentiment of the wider user base.

While their ability to impact the decision may be limited, they are still important for the future development of the network, as well as the public image it nurtures. For the end users who want to employ their BTC for things like shopping, investment or betting online, the solution is the only thing that is needed, as soon as possible.

When all is taken into consideration, it seems that BitCoin Classic camp has created a very different vision compared to the BitCoin Core community, even though they are objectively very similar. Also, it is important to recognize that for the first time, the shadowy Chinese mining pools have reached an agreement with the developers. The same is even more significant when a decision of this magnitude is being decided.

Like suggested before, the Chinese impact remains enormous while the two developers continue to try to outplay each other. Counting on the fundamental nature of the BitCoin, this complex web of needs and influences should still end up strengthening the overall network.