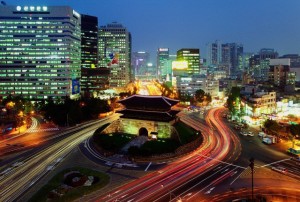 A startup called Streami recently ended its funding round with a budget of $2 million, providing it with a hefty amount when it comes to the digital currency industry ventures. The digital remittance system it should provide is designed to replace, or, at least, to compete with the current services provided in the country, which are completely based on the traditional remittance schemes.

Streami, although a newcomer to the field of blockchain, desires to use this system for the same purpose, but do it in a fully digital environment. The potential for success is substantial, but even when it is taken out of the equation, the funding round is important for the general blockchain and cryptocurrency status in South Korea. As one of the most relevant countries when it comes to user-driven IT technologies, this development is important for the entire global cryptocurrency community.

Streami might not be a recognizable brand, but it appears that is acquired some important backers for its endeavor. The backer list includes Shinhan Bank and Shinhan Data Systems; the first company is one of the biggest providers of financial services in South Korea while the second one represents an IT entity that is functioning from within the wider Shinhan Bank organization. As a backer, Shinhan Bank provided $427,000 to the Streami funding round.

But Streami’s friends do not stop there. ICB Company, which specializes in online payments and probably best known as the partner of the Alibaba, the huge Asian e-commerce business, was also included in the funding. Bluepoint Partners, a venture firm and a selection of angel investors contributed money to Streami as well.

In this group, the most important names are Shinhan and ICB. The first one shows a real dedication from a traditional financial business to place money into a blockchain venture, even though the South Korea’s regulation covering digital currency, including BitCoin, is not in place. Even though Bank of Korea provided a recommendation that BitCoin should be regulated in the future, the same laws and regulations were not produced to this day. In spite of this, people in South Korea use BitCoin for a range of things like betting online using the same digital currency.

But, Shinhan Bank obviously feels comfortable enough with blockchain technology that is was willing not only to provide a lot of money but also to include its experts in the process of development. Here, aside from the bank’s readiness to step into the fold of this peer-2-peer technology, it is important to remember that the motivation of the bank might simply be to gain some first-hand experience on blockchain. Still, its participation is definitely noted and important.

The second most important player is the ICB. As a partner of the e-commerce powerhouse Alibaba, its knowledge of the retail transaction domain is undoubtedly huge. It is also important to notice the potential connection that Streami could use in the future, thanks to ICB relationship with Alibaba. In that case, an extensive potential for cryptocurrency development still lies dormant.

The space that Streami desires to fill does not only include the home country but the entire region of the Far East, stretching practically to Australia. This means that China, Philippines, Thailand, Hong Kong, Indonesia, and Singapore will all be open for the same company. In any of these countries, the service provided by Streami should offer people help in finding a way to bypass the traditional, but illegal financial transactions providers that operate in the region.

These systems operate on a combination of trust and a range of different reimbursement procedures while many of these were created more than 200 years ago. At that time, even though they provided a stable source of financial services that offered money transfers without the use of regular channels, they still operated and continue to operate illegally and under the influence of purely criminal elements.

Junhaeng Lee, who is the founder and CEO of Streami, desires to change this and help people in the region. According to him, the main competitors to his company are these traditional remittance providers. In spite of their shady status, they are believed to make up a significant share of the countries remittances market. Here, he stated, Streami will bring, regulated liquidity and a new level of trust to the cryptocurrency networks. He also said that the money that was raised will be used to open company branches outside of Seoul and bring in new personnel that can help the company grow.

Judging by the modern history of the country, at least, when it comes to tech solution, this should not be a huge hurdle. As one of the top countries on the planet when it comes to early adoption of technology, South Korea is the place that almost single-handedly invented the E-Sports and brought them into the mainstream, aside from many other similar feats.

Starting up a remittance service that resides on blockchain seems to be more than possible for this tech-friendly nation.

Currently, the startup is placed in a pre-revenue phase, but its officials said there are clear plans how the service will eventually begin taking fees from clients that are not individual users, but institutions and companies. ICB representatives declared that their company is in the program for the purpose of further exploring the possibilities of the blockchain technology, but also because they squarely believed in its potential.

From one side, the push to enter the remittance domain seems like an odd choice for a company that desires to seriously utilize the blockchain potential. But, like the BitGreet service, which allows users to send BitCoin in the form of an e-card, Streami also provides a more promising platform than initially meets the eye.

With a huge population in the East Asia region that regularly uses remittance, offering an alternative is more than a viable idea.

This is additionally underlined by a complete lack of competition from any legal parties, because current financial systems allow for transfers, but not in the form that remittance users are looking for. Time has shown that they are simply not interested in entering the banking services domain, but a new decentralized concept like the one Streami is proposing could be accepted a lot more easily.