Industry News Abra Remittance App gets its US Launch 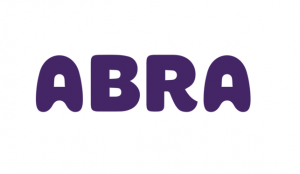 It appears that the global remittance market that deals with digital currencies is getting more competitive. The latest indication comes from the Abra Company, which specializes in blockchain payments and other applications of the end-user specter of blockchain tech. The company has launched its app in the US, which came about after several months of testing in the Philippines that took place on a small and localized scale.

This took place right after the media covering the BitCoin community learned that the company set in place a plan that would go for an aggressive expansion of the same startup. The same development is not unexpected, mainly because Abra is already a very successful startup. Since it came about, the company gathered over $14 million in direct venture funding and has plans for expansion that should lead it to over 20 markets by the end of 2017.

During the Q3 of 2016, the company was able to attain $12 million in its Series a funding. All of this is a clear indicator that Abra knows what they are doing and now, they have unveiled their biggest project to date. Bill Barhydt, the company’s CEO explained that the US is the hub from which the complete startup should continue its expansion and connect to other markets all over the world. Because of this, the US seemed like the logical choice for a place that the company will try to transform into their launch pad.

The global market for digital currencies is very versatile, covering things that include using BitCoin to bet online and many other potential uses. But, at the same time, it is rarely employed outside of the relatively small circles of people who have access to digital currency, mostly based in the developed world. But, with Abra and its remittance app, the same digital currencies can be put in place to transfer funds from one side of the globe to the other.

Abra is trying to connect, for now, the Philippines to the US, where plenty of expats are living and working. As of now, ways of transferring money are exceedingly limited to traditional methods which often include substantial costs with each transaction. A lot of those who wish to send money back to the Philippines are not highly paid workers, so any additional expense it troublesome for them.

Additionally, the problem is that many people have family and friends in the Philippines who simply do not have access to traditional banks and post offices. This makes any potential transfer of funds even more problematic, which is the reason why so many remittance systems, especially in Asia, operate using old-fashioned methods that reach back centuries into the past.

However, no matter how isolated or impoverished a part of the country might be, there is a huge level of certainty that people living there still regularly own and utilize their smartphones. Here Abra saw a potential to create a service that would be able to use the tools their citizens have and offer them a remittance system which works through blockchain tech.

Barhydt explained that, aside from the fact that the company is trying to make the US into their hub, it was also completely focused on offering a transfer process that is the cross-border and phone-to-phone based. The United States should prove instrumental in this phase and the company, according to Barhydt, worked tirelessly to make sure that they are ready to launch.

This underlines that the company realized that any problem in the launch phase could stop the potential for expansion in a most unpleasant way for the company. Because of this, Abra most likely poured plenty of resources into the same pre-launch and launch phase, trying their hardest to unveil a complete service. So far, it seems that they managed to pull this off according to the plan. Of course, rarely is everything perfect, so here as well and authentication issue came about in the immediate post-launch period.

The company was able to make the launch happen thanks to its relationship with a company called Synapse. The same firm enables different users to connect their traditional bank accounts to the new app. First reports about this process point out that some users experienced problems when they chose to sign onto the app using their Facebook account. For some reason, this type of enroll process is providing users with some issues, but the company is adamant that their engineers are working on this.

In fact, Barhydt declared that the company’s entire testing team is looking into this issue. He also noted that the app has not changed since it was tested in the Philippines so that no major problem should have occurred.

Of course, the same method of accessing an external app has been known to be a problematic one, even though most online ventures, from E-Sports tournaments to complex Software-as-a-Service solutions continue to employ it. Still, Facebook is a big system and potential problems can arise on both sides of the authentication chain, which is why Abra is taking it slow while it first and foremost diagnoses the issue and then sets about repairing it.

The announcement comes practically at the same time as a report released by Citi Research which cites the company as one of the top startups that should be closely watched by the entire financial industry. Here, the FinTech domain should especially take notice because the Abra business model appears to be rock solid.

More importantly, the way they have dealt with the issue of Facebook authentication shows that the company means business in every sense of the word. Instead of trying to sweep it under the rug or simply ignore it, even though it is a minor issue, the company used a high degree of transparency in dealing with it.

So far, the same approach seems to be working flawlessly because the full focus of the media attention remains on the app and the launch, not the problems that have been detected. This shows that Abra has what it takes to really use the US in the way they planned and gradually expand to the other markets as well.