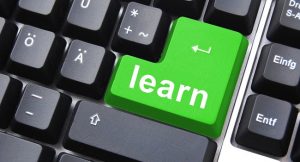 Blockchain is a revolutionary technology but the world has seen its share of these in the last 50 years. Ever since the dawn of the IT age, the ability of the overall human progress to come up with fresh new ideas has been gaining in strength, along with its potential to place the same tech in the real world in ever shorter time periods.

This trend can be observed in almost any digital venture, including areas that have nothing to do with each other manifestly, like for example eSports and mediums of data storage, but below the surface, they are connected. In the stated example, eSports always existed as an idea, but only when the physical carriers of data like CD or DVD became exchanges for online storage it could become a global phenomenon.

In other words, any particular IT tech has the great benefit of generating advancements on both individual level and across the board. Blockchain and its most famous application, bitcoin has used the same advantage to become one of the most important areas in the FinTech domain. However, like any IT area, it can develop and grow as long as there is a constant growth of both companies and their solution.

This way, the marketplace as well can continue to advance further. But, the question that comes about is how will the companies find the needed workforce to feed the steady demand for new development? The issue is more complex than it might first appear and here are the most important sides of it.

Bitcoin and blockchain itself always carried the mark of a technology that appeals to the fringe minds, which is not stated in a negative way. In this domain, fringe does not mean someone who tries to, in any shape or form, threaten the status quo of the general system. Instead, the fringe minds of the IT are those who are able to look beyond the basic ideas that are currently in circulation and try to figure out what is coming after them.

When it came about, cryptocurrency used an unknown tech to provide users with the ability to send and receive funds completely out of the traditional finance and banking system. Back then, the same had not been something that the majority of regular users asked for – some would say that the same notion applies even today. But, in a space of less than a decade, it was able to grow beyond the point of a fringe tech.

Today, billions of dollars of potential investments are circulating inside of the blockchain tech. In bitcoin, every day millions change hands as a bustling trading scene only continues to grow. In many ways, the bitcoin community is enormous and constantly reaching for new people and assets.

But, in spite of all accumulated energy, the process of finding new professionals is still residing on improvised assets. There are no official courses for blockchain nor are there any long-lasting educational programs that try to teach blockchain basics to the new generations of developers.

Those who do know something about the tech, regardless if they are on a standard or senior level comes from improvised, hands-on learning they provided themselves with the help of others in the community. Today, there are some incentives to provide those interested in blockchain with access to knowledge, but the potential of these is exceedingly limited with no offers for them to be expanded.

For this problem to be resolved, some basic changes are needed in the way members of the blockchain and bitcoin community perceived the process of knowledge acquisition.

Aside from being improvised, most people who work in the blockchain arena learned what they now know through one or another form of mentorship. Like the previously mentioned fringe characteristic, the notion of connecting on an individual level is also a big factor in the same group of people. Now, bitcoin is used for millions for things like shopping, betting online using BTC and much more – regardless of this, it was still made and propagated by a handful of people who knew each other personally.

Even today, there is a sense that the same personal connection is being seemed out by both low and high-level blockchain developers. The problem is that this mentorship system cannot function on a scale of the current bitcoin network – it has gotten too big for that and it is only going to get bigger.

Because of this, the mentality of the mentorship system has to be downscaled in the minds of the decision makers in the community. If this does not happen, the development will remain in the close-knit community of people and this is a sure way to become obsolete. Most of the leaders already understand this, but not, it is a question of making sure that the same process of evolution can take place.

Advancing to a Wider Workforce

The way how the same evolution can be achieved is simple – big educational systems have to be brought into the fold. Here the bitcoin community has to be able to reach out to schools, colleges, and universities and pitch them the idea that blockchain is here to stay. As a technology of the future, any educational institution would be wise to take it into its curriculum.

The potential pitfall lies in the idea of pressuring the same institutions to open entire courses on the blockchain. This will not go down well and most will simply decline. Instead, the path to success should take the form of a gradual infusion of blockchain into the current courses on data management and similar domains.

This way, the students and the facility could realize that the same tech can provide a clear benefit for them and stay in the coursework. As more and more job openings arrive, so will the presence of the same blockchain elements grow on their own, with the help of the community. In this type of synergy, the industry would be able to gain new professionals needed for their growth, while the educational institutions could stay relevant for their students.