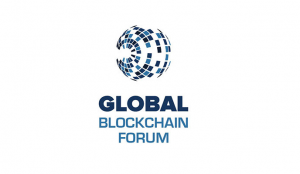 For a long time, the domain of blockchain technology remained divided when it comes to plotting a way forward. It did not matter if this path was related to BitCoin, some other cryptocurrency of the blockchain tech itself; many factions apparently just desired to spearhead their own agendas and did not place too much emphasis on the overall community. Expectedly, this approach produced only limited results, which are in many ways significantly smaller than the true potential of this world-changing technology.

But now, it seems that the times are changing because several advocacy groups and organizations decided to unify behind their common interest and try to influence the global policies towards their related fields. These groups are active in the areas of the blockchain, BitCoin, and digital asset issues and they have rallied around a global business forum which should try to influence people and organizations outside of the industry.

While some might wonder if this will have any relevant impact on the immediate future of any of these technologies, the process itself is exceedingly important and here are the reasons why this is true.

The forum that is being created is called the Global Blockchain Forum and includes several important players in its organization. These include Chamber of Digital Commerce from the US, ADCCA (Australian Digital Currency & Commerce Association), UKDCA (UK Digital Currency Association) and the international ACCESS (Association of Crypto-Currency Enterprises and Start-ups) which has its headquarters in Singapore.

The group used the opportunity to declare that their aim is to establish a set of international best practices for the industry and also try to encourage innovation on a global level. Perianne Boring, Chamber of Digital Commerce’s president said that the forum came about thanks to the effort and the communication between these various parties that wanted to try to present their message to the public but also the policy makers.

She added that the participants of that informal group decided that the time was right to make their engagement more organized. This lead to the creation of a platform that became the Global Blockchain Forum. Boring underlined that they welcome any other related organization to their circle.

The group was created at the time when the movements and officials in many countries of the world push to somehow regulate the technology of blockchain in its different variation. That is the reason why several governments in the US, Europe, and Asia recently decided on updating their financial policies that regulate domain of the cryptocurrency and digital money in general. At the same time, banking and finance industries, as well as companies including Microsoft are actively pushing their own blockchain solutions.

Here, Global Blockchain Forum desires to galvanize further communication between its relevant stakeholders. It also wants to push and lobby for an approach for the future public policy that is consistent with the established regulation in the domain of digital currency and blockchain. At the same time, the subsequent development of the same policies would be high on the agenda of this organization.

The same space is currently significantly underdeveloped and provides the BitCoin community with a lot of contradictory pitfalls and problems. For example, a large number of users employ BTC to bet online without any issues whatsoever. On the other hand, many people in different countries who trade using this digital currency fear that they might become a target for law enforcement if the regulation suddenly changes.

Because of this, Boring said that there are hardly any consistencies when it comes to the countries that aim to regulate blockchain and BitCoin technology. She illustrated her point by showing that AML (anti-money laundering), BSA (Bank Secrecy Act) and KYC (know-your-customer) laws and regulations exist in many countries by that they function in different ways when it comes to different jurisdictions.

That results in higher costs for the business owners who want to use BTC in a global financial environment, where it can really show off its strong suits like anonymity, low transfer costs and independence from any Fiat currency. Finally, Boring declared that the Global Blockchain Forum will look for dialogue with regulatory bodies and policy makers, all for the purpose of building a universal set of rules for the same technology.

A Right Move at the Right Time

The need for a unified body that would act as a lobbying group was apparent a long time ago in the BitCoin community. Here, the notion of tying different groups into the same narrative of the blockchain technology as well as other related digital issues is not unexpected and could provide BTC with some powerful allies. Additionally, there is a strong sense that the nations which make up the hotbeds of BTC in the western world are present in the Global Blockchain Forum, especially now when the BitCoin community is expecting the block size solution.

Having an organization like this forum might be very useful for cushioning the impact of the resolution of the same issue. In this case, instead of leaving it to the global media and other news sources to digest the block size debate as they see fit, there will be another voice in the crowd. Its advantage is that it could be used to talk directly to end users and members of the general public, but also those in power, no matter if they belong to a government body, an international corporation or a financial institution.

But, even when the block size debate is taking out of the equation, there is a clear need for an organization like the Global Blockchain Forum. In general, digital endeavors that reside on users coming on board with a certain process requires a bit of the traditional approach. For example, E-Sports, which are completely rooted in the modern technology and mostly interest the younger generations still work hard on having the traditional sports channels cover their events.

Here as well, some might be tempted to think that the BitCoin of blockchain communities do not need any traditional lobbying group, but the experience of the previous 40 years clearly shows that these groups cannot hurt a tech movement. Instead, they can only aid it in one way or another and there is little doubt that the Global Blockchain Forum will do exactly this in the upcoming time.