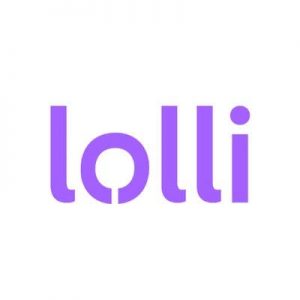 Whether we like it or not, the modern world, especially that of commerce and trade, resides greatly on the affiliate principles and programs. This might sound odd, but the truth is that with the rise of the online domain as the main area where commerce actually does take place, affiliate programs became true game-changers.

This also applies to the world of cryptocurrencies and blockchain financial solutions. Now, a single online commerce store might have produced the biggest affiliate impact on the crypto market as of yet. The same store is the Chinese e-commerce giant and tech innovator Alibaba.

With their recent special deal day, this company potentially expanded the number of crypto users, more precisely the uses of bitcoin, to a point where the same event can be considered a global spike in bitcoin adopters. However, being that this is the domain of crypto news, it is also possible that the entire setup is completely over born in both terms of significance and whether it actually occurred in this shape and form.

Lolli represents a retail startup company that specializes in affiliate programs. This would make it just one of many such startups and even developed companies that offered the same service. But Lolli is different because it provides its reward system in bitcoin tokens. Other search companies use the regular cashback principal, but this startup decided some time ago to focus all its resources on producing a bitcoin system for the same purpose.

Now the company might have scored his biggest PR and newsworthy success. The same event comes after the company created a partnership with Alibaba. Here is how the basic Lolli setup works – the company provides an in-browsers plugin or app that allows users to attain their same normal shopping experience from a vendor like Alibaba. Yet, at the same time, while they shop, the partnered e-stores provide them with a small reward in bitcoin.

The same bitcoin sum is delivered then to their designated in-browser wallet created by the same startup. The design of the entire experience from the perspective of the end-user is super-simple and offers somewhat of a plug-and-play experience. However, the thing that is, even more, promising for not just Lolli but the whole crypto community is the fact that it got going on probably the best day ever for Alibaba.

The news about the deal between this startup and Alibaba came after the incredible success of a single sales day. On November 11, this retail outlet participated in a wider holiday dedicated to shopping. Usually, mass media compare Singles day to the Black Friday event in the US and many other Western countries. In both cases, retailers use the same event to define a series of sales and discounts that sometimes including seemingly insane drops in price that can regularly reach 70 and 80 percent and over.

The history of the holiday is also an interesting one – in 2009, the CEO of Alibaba, Daniel Zhang decided to rebrand the previous Singles Day holiday into the 11/11 Global shopping festival. He then slashed the prices of the products across the board, dropping everything from esports accessory, electronics to jewelry, but limited the same discounts to just 24 hours. He managed to get over 20 other retailers working in the online domain to do the same.

With that, the campus tradition of the Singles Day became transformed into a huge global phenomenon. Back in 2009, the potential of online shopping was much smaller than the current state of the same industry. Still, Zhang had the foresight to go for the same move and it more than paid off in the years to come. Today, over 180,000 retail stores brands take part in the event in China and across the entire world. This year, the event generated for Alibaba $23 billion in revenue, which on its own showcases the staggering potential that this company and similar occasions can put on the table.

While this level of revenue might make someone conclude that Alibaba’s Singles Day single-handedly created millions of new bitcoin users, the truth is not that bright and shiny. As the head of communications at Lolli explained, the perks of this startup were offered only to Chinese-Americans, travelers and foreign students with a residency in the US. The new update of Lolli should provide more perks and different ways users can participate, but it will not be on offer to the residents of mainland China.

This might sound strange, being that the company that is carrying the retail options is located in China. However, the laws and regulations in the same country mean that this potential service to Chinese citizens is not possible at the current time. Yet, Lollie representatives are hopeful the partnership will hold firm and allow for some obstacles to be traversed in 2020 and beyond. The goal of the company remains the same: providing people with the ability to easily get and use bitcoin token.

Lolli is not the only cashback crypto startup working in the global market. There is a range of companies offering bitcoin cashback and these include Pei, SPEDN, and Fold, all looking to muscle in on a market and do this preferably in the midst of a huge shopping event like the Singles Day. All of them are basically offering the same deal and this process will churn out new crypto users.

Naturally, many who use this option will already be aware of the cryptocurrencies and have a clear idea of why they want to get out of that. But, there will be plenty of those who will get their first bits of bitcoin through an app like this and have it on their digital wallets. They will instantly become users, even if they decide to never use the same tokens. The 2019 Singles Day did not boost the adoption of bitcoin by a few million in one day, that is for sure. Yet, the future Singles Day will continue to add to the same user group and this is precisely what the crypto community needs.