Industry News Applying Blockchain for Monetisation in the Media Industry 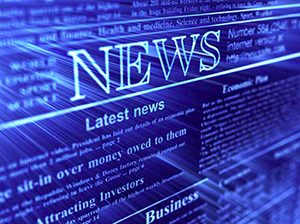 The big changes in the domain of journalism and mass media are very evident in the modern world. But, it could be said that 2016 was a year that broke the old molds when it comes to delivery of information to the public. As Brexit and the victory of Donald Trump showed that the world was far from adequately informed, the media industry felt its most focused blow so far. The same blow came from an overall detachment from the actual events and the perspective of the ordinary citizens. But, the damage also came in the shape of new competitors that are not governed by any of the old guidelines of journalism.

These competitors include everything from fridge portals to generators of clearly fake news. But, the one thing all of these have in common is the fact that their content can go head-to-head with the articles or videos from any traditional news source. The amount of traffic they generate is able to drastically cut into the profit of the big news companies and at the same time, the teams that make the news in this fashion are a lot smaller and the entire business they operate is a lot more cost effective.

There is a desperate need to find a way out of this predicament for both big and small news companies. If they do not find a potential solution, the coming years will see a huge number of news outlets simply disappear as social media and similar things take their place. But, the use of blockchain could be just the thing this dying industry needs.

The Process of Funding

The 21st century provided the world with novel ways of funding and this is true for everything from eSports to loans for rural communities. Today, regardless of this, the way journalism funds itself is in a state of crisis. For more than a decade, the entire industry has begun a shift towards the digital realm, where the click-based revenues still reign supreme. However, the same process is notoriously difficult for any publishing entity that desires to have its unique editorial policy.

Instead of that, the click-based funding demands that the content creators chose to have must be shareable on social media. The same inevitably leads to the state of tabloid journalism that brings very little constructive value to the public discourse. More often than not, this value is exchanged for click-bait articles and pictures of cute animals.

But, there are examples which show that new technologies are trailblazing new possibilities. For example, The New York Times and Time are trying out models that provide their users with the benefit of micropayments. For this to work, it is reasonable to expect that the media companies will utilize the blockchain tech for the same purposes.

Currently, there are two basic ideas on how the concepts of blockchain and bitcoin, in particular, could be utilized to resolve the issue of the microtransactions as a form of payment for information. The first one comes in the form of Brave, a browser designed to encompass both an ad-blocking platform and a micropayment system dedicated to the support of news content providers. The same idea is very old, reaching back to the late 1990’s, but now finally, there is a technological solution that can support it.

The other alternative has received a lot less media attention in recent months (Brave is a superstar on the blockchain startup scene, which already raised millions of dollars in investment rounds). This alternative comes in the form of creating a custom blockchain currency as tokens which would then be utilized both by the media and its users. For example, with these tokens, a media company could reward audience engagement, provide access to premium content and do much more, all inside its own custom blockchain environment.

Small media outlets, including some that are literary a one-man-show, started experimenting with this process on blogs, where the private blockchain systems could be set in motion. Some of them later connected these with the bitcoin network, allowing their readers to tip them in BTC.

As there are plenty of individuals who already use BTC for things like shopping, betting online and other ventures, it is not hard seeing how even small media outlets with a loyal following that numbers only hundreds of core members could be easily kept in business through this type of an exchange setup. Scaling up the solution is more challenging, but by no means impossible.

The problem that both of these solutions would face in big media organization also includes internal pressure to resist this type of change. While the pure logic of the situation dictates that everyone should embrace a potential to keep their organization up and running, a big number of employees would most likely resist this type of an evolution.

Firstly, the shift of the media outlets towards the audience as sponsors could be interpreted as a caving into pressure. Secondly, even today, many are asking for the return to the subscription systems of the old days, even though their effectiveness is questionable. Finally, the systems of blockchain support also envisions a news outlet that is free from traditional advertisement.

For all marketing departments, the same could seem as the first step towards redundancy. This will definitely not be the case, but in an atmosphere where impressions are more impacting than the facts, it could become a self-fulfilling prophecy.

State of the Industry

Currently, while the concepts of both ideas are solid, there is a slight chance that media outlets working outside of cryptocurrency domain could gather any relevant revenue this way. A big part of that problem is the fact that mainstream media often marginalizes and demonizes digital currencies for no particular reason.

With this in mind, it is clear to see what many big news organizations still do not possess the option of accepting donations in BTC. This paints a picture of news outlets waiting and waiting for the big shift in digital currency adoption to happen while they themselves do not support it actively.

It is certain that there is a vast and growing potential for finding revenue in any cryptocurrency-related field, but getting to it will not be a walk in the park. If the news outlet desires to reach it, they will have to actively work on it from several different vectors, all of which are open to this FinTech.