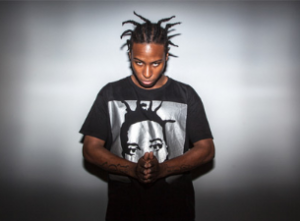 “Imagine owning your own personal currency” sounds like something people would perceive as madness for most of human history. Any currency, no matter if it came in the form of gold or huge stone wheels, had a social consensus behind it and represented some type of value.

Having a personal currency would undermine both of these ideas immediately being that it is created around a single individual. This currency would be valuable to no one, including the person to whom it originally belongs.

However, the early 21st century is unlike anything that came before and the way money is used and created changed completely. Thanks to blockchain and cryptocurrencies it can build, today, an individual can really possess their own personal currency.

Not only that, it can have value in other financial ecosystems and be interchangeable for other currencies or commodities. Here is the overview of the same concept and the reasons why personal coins could become exceedingly important for some branches of global industry.

The name could be misleading, but the Dirty Coin is nothing that is in any way actually dirty. In fact, it does not exist still but is a concept of a personal cryptocurrency. The person who is getting this currency is Bar-Son James, better known under his stage name of Young Dirty.

The hip-hop artist is the son of the Ol’ Dirty Bastard, the member of Wu-Tang Clan who dies in 2004. Now, with the help of Link Media Partners and Ol’ Dirty estate is launching his own cryptocurrency. The Link Media Partners is an entertainment company that will aid Young Dirty in this process.

The Dirty Coin, which will also be known under the ticker symbol of OBD, will be created on the TAO blockchain network. The ODB will be traded on the AltMarket exchange and the current plan will see it go live at the end of 2018. This might sound like a game-changer move on behalf of Young Dirty, but it is actually only the latest such news in the developing story of celebrities and cryptocurrency.

Over 2017, a range of celebrities, including Floyd Mayweather and many others began endorsing ICOs. The trend was picking up speed thanks to the fact that ICOs were willing to spend a huge amount of money on promoting their initial coin offering.

The same investment into celebrity backers then added more backers and more money, supporting the cycle. It could be said that the celebrities managed to push more money into the crypto domain, especially smaller altcoins, resulting in the big pump of 2017.
But the promo party was soon over with authorities in the US stepping in to warn the public about these ICOs. As the regulators made their voices are heard, so did the celebrity-backing begin to wind down? Now, while many famous people from music, eSports, and entertainment, in general, are pushing some ICOs, there has not been a big upsurge of AAA celebrities finding a coin they would like to support.

However, this does not mean that the ICO phenomenon is gone from the mind of the entertainment industry. 2018 looks like the perfect year for the experiments regarding the idea of personalized coins and their mechanics of transaction and value assessment.

Dirty Coin has been designed as a project for fundraising. With it, the fans will be able to support the new album that is being made right now but also to access purchases related to his brand. This means that Dirty Coin will be usable for concert access or for buying merchandise.

At the same time, the cryptocurrency will also be available for buying merchandise belonging to the Ol’ Dirty Bastard estate. Being that it is also connected to Young Dirty, it makes perfect sense to also put this brand under the umbrella of the personalized digital currency.

Essentially, the cryptocurrency grows on the popularity of the person owning it, after which both lend exposure to one another. The currency is getting recognized in the trading circles when then people can learn about Young Dirty, while he leverages his fame and fan base to keep the cryptocurrency going.

This example is a perfect showcase why the personal coin system has a bright future. In an environment where being a celebrity of any kind is a really bankable trait, have a direct means of monetizing this would be welcomed by all.

At the same time, the feedback loop means that the personal cryptocurrency also supports the branding of the person behind it. Through this symbiosis, the process can clearly provide some people with a huge opportunity for attaining both additional funds and additional fame.

Today, not many people in the public domain would say no to the same deal. The affordability of this option is further seen in the fact that they immediately become a part of the cryptocurrency system. In that system, any personal coin will be easily changed into bitcoin, for example, which is the most widely used cryptocurrency for anything from investment to online BTC betting.

In the case of Young Dirty, his coin could be changed to BTC and then to something in fiat currency. The same trail of money would be hard to follow and undoubtedly many accountants also support this kind of doing business.

While the shot at getting a personal cryptocurrency is something that can spectacularly fail, there is something about that which will surely win. Here, the winning side is the group of blockchain developers who are going to design all future personal ICOs and platforms.

For them, this might be a passable trend right now, but they will still earn their commissions for every delivered personal coin network. Because of this, it is safe to assume that many blockchain developers will rush towards this domain and start working. After all, there is little doubt that millions across the globe would love to have their personalized cryptocurrency.