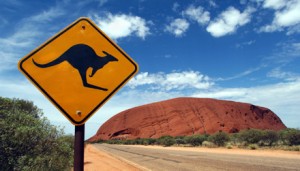 Australia is an important country for the BitCoin community. Aside from being a relevant nation in the Western world, it might even be the birthplace of the entire cryptocurrency as it is speculated that its creator is an Australian national.

At the same time, the Australian government has, like many other governments in the world, had a hostile approach to digital currencies in general. However, it seems that now, the same nation might soon become one of the first Western countries that ease its regulation of BitCoin, while it also supports blockchain development in its own business sector.

A Change in Approach

Recently, the government of Australia has declared that it will create a legislative solution that will address the concerns about the BitCoin system. The same solution should be a part of its bigger policy statement regarding emerging financial technology.

Currently, the tax guidance of Australia sees BitCoin as a form of barter and not a form of money. This means that Australian companies and businesses need to play GST or goods-and-services tax if they desire to sell cryptocurrency. They are also liable for taxation if they receive BTC as a payment. The same policy produces a big debate and attracted a lot of criticism from the startup community working in the country, which argued that the same process is actively creating a tax environment that is unfair and biased. In the summer of 2015, the Australian Senate offered to resolve the issue in a report it comprised about the digital currencies.

Even more promisingly for the global BitCoin outlook, the government body promised to work directly with the Australia industry involved in the digital currency. According to them, they do recognize that the consumers are “double taxed” under the GST law when they engage in digital currency trading where they are attaining things that are already under the GST. They reassured the public that they are resolved to find a way to clear out this problem. They have also promised to work with the industry representatives to find a legislative solution for rewriting the GST so that it applies to digital currencies in a more meaningful way.

The process even included Scott Morrison, the current Australian Treasurer. He came out and said clearly that the government of Australia will not be taxing digital currencies. This statement, aside from being crystal clear, also points out that the movement appears ready to tackle the issue, not just to look as if it is doing something, but is actually kicking the can down the road.

If the policy change goes through as the government promises, the implications for the BitCoin community could be far-reaching. But, they were not alone in this statement. Australian movement also addressed their desire to regulate businesses that are working on new and innovative financial technologies and application of the blockchain principle to digital currency.

Called FinTech (short for Financial Technology), Australia plans to approach it with a regulatory sandbox method. This means that the financial services would be assessed in a wider system of laws and regulation, allowing for flexibility and variation inside of the same regulative processes.

This alone is exceedingly important because of the decentralized nature of BitCoin. So far, having a rigid legislative approach to BitCoin damaged both parties while it protected very little at the same time. Now, according to the advisors of the Australian government, the idea is to find mechanisms that will serve as money laundering safeguards and counter-terrorism roadblocks for any possible illegal actions. Today, those mechanisms are simply not in place and the entire issue of BitCoin being used in an illegal way is resolved using a shotgun method, which has not provided any viable results.

Australian Transaction Reports and Analysis Centre (AUSTRAC), an organization designated with anti-money laundering activities, provided its support for the whole blockchain tech. In a statement, it underlined that in their perspective, it reduces the cost of compliance and the regulations that are imposed on reporting the financial activity.

The statement makes perfect sense in a way that is more than often completely disregarded by mainstream global media. Because of its distributed transaction validations, seeking a source of particular flow of funds could be completed inside of a blockchain network in a much easier manner.

Not only this, but the regulators will also ask for revising the rules that are governing the employment of distributed ledger systems in different financial services. AUSTRAC also argued that blockchain ensures that financial data of a sensitive nature used for intelligence purposes stays secure, projected and transparent thanks to an encryption process.

AUSTRAC believes that such financial system should be more resilient to risks from malicious or criminal exploitation on a systemic scale. But, at the same time, they believe that a two-step system of regulatory changes is needed: first would provide a high-level regulation including a framework and the second would be a set of rules that determine which way the actual algorithms work. But, the lacking fact in the report is the suggestion when this regulation should be developed.

Additionally, AUSTRAC was unclear about who should lead the process, calling the government partners simply “stakeholders”. While this implies private entities in the FinTech, the organization left to someone else to determine who these parties in the real world are. Today, many already use BitCoin to do things like bet online using digital currency and for them, an applicable solution should be a priority.

Besides these facts, the reports also explored the issue whether the government should apply its surveillance mechanisms on digital currency exchange services operating in the country. A government body called the Australian Attorney-General’s Department is currently evaluating this option and will most likely be embedded in future regulations governing FinTech startups in the country.

However, the reports also stated that the tech itself must stay neutral, which is great news for the BitCoin’s decentralized system. This way, any obligations produced in the future will continue to respect these essential facts of cryptocurrencies.

The takeaway information from this report is that Australia is keen to support its FinTech industry and provide it with an easier way of reaching the domestic business sector with their blockchain offer. Australian Securities Exchange was singled out in the report and the possibility of including this tech in different aspects of this organization.

Here, like many other digital domains, including social networks, E-Sports, and other ventures, the initial value might be unclear, but its potential is often evident even at early stages. Blockchain is currently in a similar situation and Australia recognizes this.

The government underlined that blockchain is still in its early development stages, but that it provides a huge opening for the digital financial services. With it, potential benefits could be attained by participants, regulators, investors and even movement agencies.