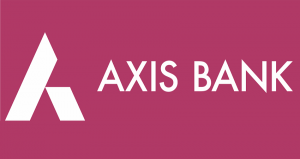 Banking systems are more and more venturing into the domain of blockchain and this is by no means news. But, most of these huge systems are trying things like limited experiments inside of the Hyperledger project or some similar venture. All of these are well inside of the test limit and rare examples have so far managed to apply any of the developed systems into the actual banking processes.

But, a banking company in India is one of those exceptions. Axis bank published recently that it will soon start leveraging distributed ledger technology. This is an important piece of news both because of its content but also the country it comes from.

With the star of this appliance of a blockchain tech in the real-life environment, there is a lot to be gained, mainly by the bank, its developer partners, and its clients, but also the Indian state and its other business. The reasons for this are divided into several distinctive domains.

The announcement specified that the bank will use the network called Ripple for its cross-border transactions. This solution, as the local media explained, will be able to settle payment across borders in real time. The same area is a very lucrative domain and the bank is trying to target it for its future growth. Now, the same projections of expansion in cross-border settlements area attained another big benefit for its clients.

The representatives of the bank said in the statement that they are committed to innovation that will make banking simpler and more convenient for their customers. The same launch comes only months after the bank created a partnership with Kotak Mahindra Bank. This bank is another institution operating from India that started testing blockchain for their new services in the domain of client-facing.

In October 2016, the local Indian media reported that the Axis bank is looking for any potential product launches that reside on this tech but still failed to provide any definite dates. At that time, the bank’s CIO Amit Sethi declared that the bank does not want to come out with a badly functional solution before it is ready, which is why they were not able to commit to any defined time frame.

It was only recently that Axis plans on applicable blockchain solution came to light. In 2016, the bank also launched its FinTech accelerator that partly aimed at exploring what new services could be offered using blockchain.

Interestingly, Axis bank is not the only group trying to push ahead new solution using blockchain. Yes Bank, which is also based in India, announced at the beginning of January 2017 that it has created a blockchain-based financial solution for vendors. Yes solution utilized the open-source code developed inside of the Hyperledger project. Applying it as its basis, it worked up and now claims to have a fully working vendor solution.

All of this development indicates that Indian companies are very serious about the development of blockchain solutions. It also indicates a willingness to keep the momentum going, if not to even build upon it. As a force, the same momentum could bring in many additional interested parties into the development cycle.

The country of India is no stranger to both applied corporate and private blockchains, but also bitcoin, which is widely used in the country for things like betting online, making cross-border purchases and so much more. As a developing nation that is still really far from being integrated into the developed nation’s monetary systems (for the most part), Indians had to go for alternatives.

Because of this, payment services like PayPal or Skrill blossomed in the major cities. Here, just like the corporate sector figured out a decade ago with its customer support centers, individuals also become clear that they had the knowledge and the tools to work for foreign projects. This might take the form as permanent home-based employees of foreign companies, freelancers or anything else.

All of them had in common the fact that they received their main paycheck from outside of the country’s native financial reserves. These transactions demanded a way to be accepted and brought into the country. As traditional banking transactions came with huge costs and big problems when it comes to effectiveness and speed, Indians begin looking for alternatives.

Here, online-first services like the two mentioned giants of internet-based payments became more widely used. But, there is still plenty of room for improvements, but more importantly, for brand new services like those offered by blockchain tech.

As the world nears the third decade of the 21st century, so do the regions of the world enter a new phase. There is little doubt that the influence of the Western nations as a whole are being challenged by both internal and external factors. Half a world away, the emerging Asian superpowers of the late 20th century are trying to find their path to a place where they will not be called emerging anymore, but standing forces in the geopolitical arena.

China, on one side, went for the hard power approach that allowed it so much advancement, but now slowly seems to be pigeonholing it into a situation of financial crisis. India, however, had a lot more messy development and growth period, being the biggest democracy on the planet.

But now, it looks like the soft power approach to their growth is yielding unexpected benefits. Here, FinTech is one of the same areas and apparently from out of nowhere, the country is seeing them applied to its banks. This makes it a trailblazer in the entire world, which is not something to be disregarded for any domain, especially something IT related. From eSports to social media, anything and everything new in IT has a huge potential; blockchain is certainly no different.

The same development will surely have its many up and down. But, as India continue to develop its native solution and immediately apply them it is only a question of time before it attains its blockbuster FinTech product.