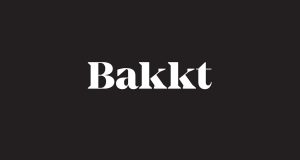 The trading business, especially that of the crypto market, is saturated with expectation, events and waiting. With the right event hitting the right expectations, the profits can be huge for traders because assets skyrocket in price. This is clearest when it comes to the cryptocurrencies and how their prices react to different changes and occasions taking place in the real world.

Furthermore, the crypto domain is additionally saturated with its own generators of news. Here, the most famous events are the forking ones, when the networks greatly change the way they operate and thus open a way to new features and possibilities. Yet, there is always a sense of anxious expectation when this takes place.

The same is true for other events as well and recently, Bakkt service that is providing bitcoin futures contracts also started working. The launch had a smooth time and no big tech issues, but the impact of this event is still several magnitudes less than expected. It also, willingly or not, speaks about the current state of the bitcoin and crypto markets as a whole.

After a long wait, which included the US SEC and their ruling, the Bakkt bitcoin futures contracts finally went live and became accessible to everyone. In the true nature of the early 21st century of esports, social media and meme wars, the hype was, compared to the actual thing, much stronger in the months leading up to this. It is safe to say that the response to the launch was underwhelming.

The same was seen in its price moment as well. After its launch, the price of bitcoin went over $10,000 for a short moment but fell back once the trading day in the Asian nations got underway. Further numbers also point towards the possibility that the whole Bakkt launch in its relation to bitcoin price is nothing more than a media-spun lame duck.

So far, the actual trading activity on the platform is not impressive. The first trade that was executed on the platform was worth $10,115. On the monthly futures contracts, there had been only 8 BTC worth of trades. Of course, if this level of trading continues for the entire month, Bakkt will showcase an impressive level of popularity. Furthermore, the futures contracts are important because Bakkt is settling them in cryptocurrency instead of exchanging them into fiat.

So, most continue to underline that Bakkt hype does come with a level of refreshing substance. Other futures exchange continue to settle in fiat currencies and not bitcoin. In this case, actual BTC is paid out and the result should be improved price discovery as well as liquidity for bitcoin as a whole. This shows another well-known moment in the crypto market, at least those which lasted more than a few years – the technology and the perception of value almost never coincide for a prolonged period of time.

It is hard to definitely say what impact will this have on the price and market cap of BTC. However, at the moment when contracts begin to close and BTC starts to be paid out, additional movements on the market can be expected as well. When it comes to institutional investors, most of them would not want to hold any physical bitcoin because of its volatility. In theory, they would always prefer having futures and this is one of the reasons why they exist at all in this shape and form. But, the concept of all those institutional investors is also a bit of a golden magical unicorn that everyone is expecting but which no one actually says.

Recently, there was a lot of discussion of family hedge funds and the potential that they are entering the crypto market – turns out that this is not happening as many would hope. The institutional game is even bigger than that and it is no wonder that for so many, the same prospect is equal to the possibility of BTC hitting $100,000. The problem here is that the simple number of hurdles that any company needs to overcome to get into crypto is enormous. The idea that any of big multinational companies do the same right now is beyond speculation. It is wishful thinking in its rawest form.

It is fair to say that the Bakkt launch did result in some spiking of the BTC price. There is a clear connection there even if the results lasted only a couple of hours before sliding back down. The slide continued right after that signaling the bear territory looming up ahead. In any case, the big pump many expected after months of waiting is most definitely not here. Additionally, analysts are pointing out that anyone interested in the bitcoin futures already had ample opportunity to get invested in this niche.

This is not the case that Bakkt itself provides a bad service – quite the contrary – but it did not have the desired effect of making a huge difference in the market price. But, aside from making many investors sad and disappointed because of the absence of a big pump, this actually showcases an interesting characteristic of the crypto market.

All of this points to something many might have initially overlooked – emerging crypto market stability. There is little doubt that the same event as the launch of Bakkt would have produced a much bigger wave of attention and price growth just two years ago. Now, the market forces are different and the impacts they take on have also changed. This is a way of attaining stability, as more and more factors make a difference to the price.

It also shows that many investors are not hungry for any kind of recognition that might come from the names like the SEC being included. Instead, the maturity of the market was able to resist a shiny new bitcoin futures offering and simply carry on carrying on. This might not be great news for those looking to make a quick buck off of BTC, but it is great news for the entire ecosystem.