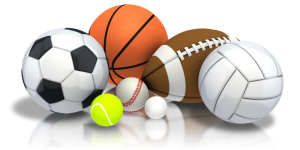 It is the number one digital online currency after all. If you are new to sports betting, then you might just find that it is for you. There are a wealth of sports which you can on, as we shall detail in our Bitcoin sports betting guide.

What kind of sports can you bet on with Bitcoin?

Almost all of the major sports can be bet on with Bitcoin. Take a look at some of the great offerings that sites such as CloudBet have to offer, and you will almost certainly find your favourite game up on the list. Once you have identified which sport you wish to bet on, it is the simple matter of choosing a bet, and then depositing money for that bet. That’s all there is to it, really. Let’s take a closer look at some of those sports offered, when betting with Bitcoins.

Players based in North America will more than likely wish to slap a bet down on American Football. The NFL is one of the most wagered on sports in the world. As well as the NFL, you can also place bets on college football, as well as the AFL. Major events for this competition include the Super Bowl, which many people – even if they aren’t fans of NFL – usually stick a bet on. As far as North American sports go, American Football is a big one.

The NFL doesn’t hold a candle to Football (what Americans would call Soccer), in terms of the amounts of bets made. Football is the biggest sports bet enterprise in the world, and there are hundreds of competitions and tens of thousands of teams you can bet on globally.

With competitions such as Euro 2016, the Copa America, Premier League, La Liga, Bundesliga, Champions League, Europa League and more, you are really spoilt for choice. You can even place more obscure bets such as the amount of corners in a game, the amount of cards, or first to score. When making football bets with Bitcoins, the world is your oyster.

Whether you are betting on the French, Australian or US Opens, or Wimbledon, tennis betting is always very popular. Why not have a crack at it with Bitcoin? Tennis bets are also pretty fluid and flexible, with wagers on progression, scores, and much more all open to you. Unlike football bets (which are played between teams), these matches are played by individuals, so the margin for error is often less. Tennis is one of the busiest sports in the online betting world.

Golf is another one of those sports where you can generally have a pretty good idea how somebody is going to perform, before the tournaments starts. Golf is a popular sports bet at many online sportsbooks, especially Bitcoin betting sites like CloudBet. Whenever a major golfing event is due to take place, players would be advised to check out the special bets section of such sites, since there is usually a good deal, in terms of the scoring cards of a golf match.

Boxing is one of the riskier bets which players can make, but just like the real event, boxing bets can be worth a lot of money. It only takes one mistake to totally ruin a good boxing bet, but that’s the fun of gambling. Placing boxing bets with Bitcoin isn’t really any different than in any other sports, although most bets tend to be simply win or lose orientated.

Here are three more sporting events for North Americans. Whilst it is true that when a major international event is taking place, many Northern Europeans like to get in on the hockey action, the vast majority of the bets on this sport come from North America. Basketball and Baseball tend to be primarily North American bets, and you’ll have a lot of options open to you, in terms of what you can bet on. Several major events take place throughout the year, including the NBA, NHL, IIHF World Championships and MLB seasons.

Motor sport bets cover a lot of categories. The most popular kind of motor sport bets are on Formula One, which generally runs from March until October. Most bets are either on who will win the championship, or who’ll bag race wins. Moto GP (bike racing), and Nascar, are also popular motor sporting events which are offered at most Bitcoin sports betting sites. Motor sports can be fun to bet on, especially as one crash, one slip of the wheel, or one engine failure can totally throw everything out of whack.

Rugby matches are not as popular to bet on as you might think, but there is still plenty to wager on if you feel like staking your Bitcoin on this sport. Even though the Six Nations tournament is over, it is played every year, so you can always get ready for the next one. More importantly, though, the Rugby World Cup is held this year, and there are always the English, New Zealand and Australian rugby leagues to bet on, too.

Cricket may be considered the gentleman’s sport, but that doesn’t stop people from having a right good bet on the game. Cricket bets can be made on individual test matches, as well as the Big Bash League games, Champions League T20 or the Indian Premier League matches. Several other major cricket events are also available to bet on with Bitcoins.

Where can I bet on sports with Bitcoin?

If you do fancy placing Bitcoin bets on your favourite sporting events, then we’d highly recommend doing so at CloudBet. This online sports betting website is number one for sports wagers with Bitcoins, and they offer some pretty sensational deals on upcoming sports events that aren’t to be missed.