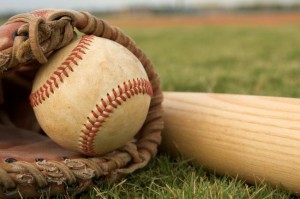 Baseball is widely regarded as an American sport, solely for the reason that there aren’t too many countries in the world that play it, and the United States has the biggest league for the sport.

Like most bat and ball sports, this one has matches which feature in leagues, although unlike many other sports, the international competition for this sport is pretty poor.

This is mostly down to the fact that few countries play the sport, as we have mentioned. Baseball is also unique in that by and large – most certainly in the USA – no game time is officially used, with matches ending after the ninth inning, and not at a specific period of time.

With so many possibilities concerning which way to bet, betting on baseball with Bitcoins can be a really exciting prospect.

Despite is being limited to only a handful of countries, there are several major competitions for you to bet on. The World Series (the championship event in MLB) is often criticised for only being played between American teams, although its name actually stems from the fact that Spalding (who manufactured the equipment in 1904), thought that the US champions would take on other worldwide major baseball teams in playoffs.

In reality, this did not occur, but the name stuck. It is not – as was often reported in history – due to sponsorship from the New York World newspaper. Still, the World Series is just a part of Major League Baseball, and there are many other competitions you can bet on with your Bitcoins, too.

Major League Baseball (MLB) it the most professional baseball competition in the United States of America, and most people would agree, the world. The MLB is the oldest professional sport in the United States, too. It consists of a total of 30 teams (29 American and 1 from Canada), with each team playing 162 games per season. There are two leagues in MLB, with teams battling it out for five playoff positions in each league. An All-Star game breaks up the league, and takes place before the playoffs. The divisional champions (a total of six) teams qualify for those playoffs, alongside four wild card teams, which are the next best two teams in each league. The wild card teams will play to decide which two will finally join the playoffs. After that, the playoffs become a knock-out tournament, to determine the winner of the World Series.

If you were looking for the highest form of baseball outside of North America, then you would have to go to Japan. The Japanese major league, which is known as Nippon Professional Baseball (NPB), consists of two divisions, the Pacific and Central leagues.

The season is played with each team playing 146 games. After the league season is complete the best teams in each division square off in the playoffs, to win the Nippon Series, in a similar manner to those teams that play in the MLB.

Several other countries also play baseball, but their leagues are nowhere near as advanced as the Japanese or North American major leagues. Those countries include Australia, Canada, Cuba, Dominican Republic, Mexico, the Netherlands, Puerto Rico, South Korea, Taiwan, the United Kingdom, and Venezuela. It is very rare that players will be able to find regular Bitcoin bets with these leagues, though it is not impossible.

If you want to stake money on baseball, then betting with Bitcoins is easily done with CloudBet. This online sportsbook has plenty of great baseball bets which you can make, with baseball games available seemingly all year round. Join CloudBet today, to start wagering on your favourite baseball teams and competitions.