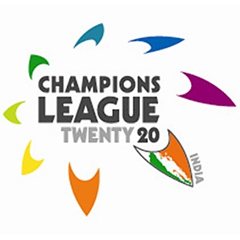 The Champions League Twenty20 is not quite what it seems. Yes, it is the most prestigious international club cricket tournament, although it does not actually feature champions from all of the major cricketing nations. Instead, a large part of the teams which feature in the CLT20 cricket tournament are actually from India.

Whilst this has drawn criticism in the past, the Champions League Twenty20 is still a hugely popular sport to bet your Bitcoins on. Having that said, only a few BitCoin betting sites are currently offering odds for this event.

About the Champions League Twenty20

The Champions League Twenty20 features a total of 12 teams. It is traditionally held between September and October each year, and played over a period of just two to three weeks. South Africa and India have played the host nation of this tournament, with other countries being deemed too hot or cold to host the event, at that particular time of the year.

A prize money pot of $6 million is available to participating teams, with the winner pocketing $2.5 million of that. In the past, there has been much criticism about the competition, since it favours Australian, South African and especially Indian teams. Due to the high level of Indian teams competing in the event, teams from England, Zimbabwe, Bangladesh and New Zealand (as well as other major cricketing nations) are often overlooked, or may miss out on qualification.

Other criticism stems from the fact that in 2011, an exception was made to the rules on the amount of international players a team may field. The rule was waved for the Mumbai Indians, who fielded 5 international stars (due to injuries and absences). That team went on to win the tournament.

The history of the Champions League Twenty20

Twenty20 Cricket has its origins in England and Wales, when their cricket board launched the Twenty20 Cup in a bid to shorten the amount of time required to complete a match. Other nations soon followed suit, and adopted the structure for T20 cricket. Following the success of the Indian Premier League (which was then, a new T20 tournament for Indian franchise teams), the creation of a Champions League T20 international event for cricket clubs was announced.

Two teams from England, Australia, South Africa and India were scheduled to participate in that event, before problems between cricket boards saw a change in participants. Poor viewing figures in India led to another format change in 2011, with more Indian teams added, at the expense of weaker international teams.

The inaugural tournament was schedule to take place in 2008, although due to the Mumbai terrorist attacks, the tournament was postponed until 2009. It has been played every year since. To date, Indian sides have won 4 tournaments, whilst Australian teams have won two competitions. The Chennai Super Kings and the Mumbai Indians each have two titles a piece, which is currently the record.

This year, the top three teams in the Indian Premier League will automatically gain entry into the CLT20 league, whilst the two finalists in Australia’s Big Bash League will also automatically qualify, as will the winners and runners up of South Africa’s Ram Slam.

The winners of the Caribbean Premier League are also automatically invited. The final two spots are awarded to qualification winners. So far, the only qualified teams are the Perth Scorchers, the Sydney Sixers, Cape Cobras, Knights, Wellington Firebirds and Peshawar Panthers.

The winners of New Zealand’s Georgie Pie Super Smash are invited into the qualification round of the Champions League Twenty20 competition, as are the winners of Pakistan’s Faysal Bank T20 Cup. The fourth placed team in the Indian Premier League and the winners of the Sri Lankan SLC T20 competition are also invited.

Place bets on the Champions League Twenty20 with CloudBet

The Champions League Twenty20 cricket competition is ideal for international based bets. Encompassing a dozen or so teams from across the cricket playing world, it is perfect for online bets with Bitcoins.

One site where you can place Bitcoin bets on the CLT20, as well as other major cricket events is CloudBet. Given the amount of markets open for various cricket tournaments, we’d always recommend joining their brand.