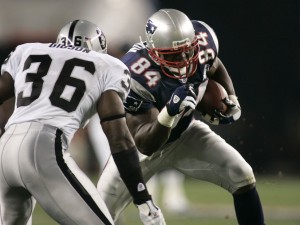 American football is a huge sporting event, wagering on by millions of people, not just in America, but across the globe. Known simply as football in the United States, and Gridiron in the United Kingdom and some parts of Europe, this sport is ideally placed to be bet on with Bitcoins.

There are several major competitions you can wager your Bitcoins on, as well as many different types of bets associated with each game that is played. In this article, we’ll take a little look at some of those American football events you can bet on.

American football has several main leagues which you can place Bitcoin bets on, such as the NFL and NCAA. College football is broken down into three smaller competitions. The main “cup” event, so to speak, is the NFL championship game, which most bettors will surely know the name of already.

If you don’t, it is known as the Super Bowl. High school football is also popular in the United States, although there aren’t too many events you can place Bitcoin bets on in that level of American football.

Bet on Football With BitCoin at CloudBet

The NFL (National Football League) is broken down into two conferences. Firstly, there is the National Football Conference (NFC), followed by the American Football Conference (AFC). In total, 32 teams compete at this level. The teams play in a regular 17-week season, from Labour Day until Christmas. A total of 16 games will be played in all. After the season is complete, a total of six teams from each conference will then compete in play-offs to obtain a spot in the Super Bowl.

NCAA football is more commonly known as college football. There are three main divisions, known as Division I, Division II and Division III. Division I is divided up into two smaller divisions. The culmination of these competitions is the American-style playoffs system. Although they are college level teams, there is a lot of media attention around these games, and this makes them ripe for betting your Bitcoins on.

The NFC and AFC are both conferences of the NFL as we have already mentioned. This doesn’t mean that you can’t wager on each conference individually, though. In the earlier part of the National Football League season, you will find that all of the NFC/AFC games are available to be bet on. The betting windows is rather short for these seasons, though. Since the conference stage of the NFL does not last very long, players must be decisive when they make their Bitcoin bets on NFC and AFC games.

The Super Bowl is the big one. The highest level of professional American football, this single game is championship decider. The very first game took place in 1967, and Super Bowl Sunday has become a kind of unofficial day off work for many Americans, especially those with bets on the game. It is one of the most televised sporting events in the world, and its half-time show has become legendary in the process.

The event was created after the NFC and AFC merged into the NFL. The competition finalists are decided via a playoff system, consisting of the six teams from each conference. Those teams are the four division winners, as well as two wild cards. The playoff process will eventually determine an AFC Conference winner and a NFC Conference winner. It is those two teams that will meet in the Super Bowl to determine which team are the NFL champions that year. The Super Bowl is the most wagered on American football sporting event in the United States.

Where can I bet on American football with Bitcoins?

One of the best places to place Bitcoin bets on sports is CloudBet. This online sportsbook only accepts Bitcoins, and they offer a huge range of sporting events to bet on, including American football. All of the major American football competitions listed above can be bet on at CloudBet, as can other competitions.

Players will only be able to bet on the NFL when the season is currently active, so from the first Monday of September, until the Super Bowl, in January. This year, the NFL season begins on September 7.