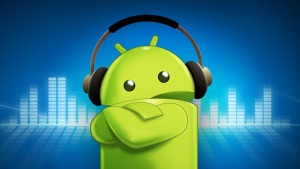 Android is Google’s operating system, and it has found favour amongst many mobile users in the world. With the largest share of the smartphone and tablet industry (much more so than Apple), Android is a force to be reckoned with.

Unlike Apple (whose iOS operating system is only available on their own devices), Android can be found on multiple manufacturers’ products, making them more agreeable to the general market.

Android is an open-source operating system, which is based on the Linux Kernel. It is primarily dev eloped by Google, and can be found on both smartphones and tablets. The Android operating system has also been available on Google Chromebooks (small, web browsing computers) of late.

Android software has also begun to appear in televisions, watches and believe or not, cars. Since its initial release in 2008, Android has continually upgraded their operating systems, with the latest software being 5.1.1., also known as Lollipop, which was released on April 21.

Android is quite unique, in that it allows people access to free updates. Whenever a new operating system is available, it will be gradually rolled out to all users free of charge.

Android powered smartphones comes in many shapes and sizes. Not all of the devices which you can find are Google Nexus, indeed Samsung and many other manufacturers also make their own smartphones. Android is then merely used as the operating system.

Provided that you have a fairly modern smartphone (or at least an up to date operating system), you should have no problem betting with Bitcoin on your favourite mobile casino games via Android. It must be said, though, that smartphones tend to have smaller screen and do not handle graphics as well as tablets.

Even older tablets with more outdated versions of the Android operating system are still more capable of delivering a quality Bitcoin gaming experience to you. Even Google Chromebooks are essentially Android style tablets, although they give you the added luxury of using a keyboard and mouse, if you wish.

We wouldn’t really recommend them though, as that kind of takes the fun away from Bitcoin mobile gaming, and the Chrome operating system is slightly different from Androids.

Betting with Bitcoins on Android

Bitcoin betting is – as we have seen – most certainly possible with almost all relatively modern Android powered portable gaming devices. That being said, it is exceptionally rare to find a Bitcoin mobile casino site which does not accept Android powered devices. Naturally, we’d recommend playing on tablets rather than smartphones – for obvious reasons – but the choice is yours really.

You should encounter no compatibility issues when using either of these ace Android devices. Some Android mobile casinos will require you to download software, and others will be available to play directly in your portable gaming device’s web browser. Which one you get depends on the Bitcoin mobile casino you’re playing at.

Where to Bet Sports On Android?

It might not be too easy for you to identify a really good Bitcoin Android betting app. There are so many of them out there. However, one excels above the rest, and it is perfectly suited to offer you a simply tremendous Android gaming experience.

That site is CloudBet and they offer players access to plenty of sports markets from many different parts of the world, as well as the to claim up to 5BTC in bonuses.