Bet on F1 With BitCoin 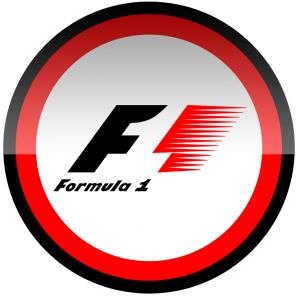 Formula One is the most prestigious motor racing event in the world. It is also the highest class of single-seat motor racing that is exists. Formula One rules are constantly changing to make the sport more appealing and safer, although that hasn’t dampened the high adrenaline value of watching a really good race. There is even more excitement to be had in Formula One (or F1, for short) if you’ve got a bet on, especially when betting with Bitcoins.

Formula One is one of the fastest motor sports about. Between March and October, F1 races, known as a Grand Prix, will travel the world, racing on circuits. On occasion, a street race will also be held, such as the famous circuit at Monte Carlo, Monaco, or other street circuits like Singapore, and Melbourne, Australia. After a race, a point system is used to give points to the top finishing racers. Those points are then used to establish a drivers table. The team that the driver races for will also share in those points, creating a second table, known as the constructors’ championship.

Teams are only permitted to enter two cards (two drivers) per race. Formula One is known as the millionaire’s playground, since so much revenue is generated from each race, and the cars cost so much money to build.

Bet BitCoins on F1 at CloudBet

The history of Formula One

Formula One originated in 1950, and takes its name from the “formula” of rules that the constructors must follow when building their cards. The drivers’ championship begin immediately that year, although it wasn’t until 1958 that a constructor’s championship was started.

In the early years of Formula One, Juan Manuel Fangio was the man to beat, winning world titles in 1951, 1954, 1955, 1956 and 1957. Soon mid-engine cars, monocoque chassis, and aerofoils all made the appearance of F1 cars change, altering the course of the sport’s history. But the 70s, Bernie Ecclestone starting restructuring F1’s commercial situation, and is widely credited with turning it into the billion dollar industry it is today.

More rules changes followed, with turbo charged engines banned in the late 80s. McLaren and Williams took over the mantle as the most successful constructors in the 80s and 90s, before the famed Michael Schumacher went on a world title spree for both Benetton and Ferrari. By the late 2000s, the balance of power had changed again, with Red Bull Racing becoming the dominant force under Sebastian Vettel. More recently, current champions Lewis Hamilton and NicoRosberg in their Mercedes have been the team to beat.

Prior to a Formula One race, the drivers must dart around the track as quick as they possibly can to earn a qualifying time. Only the quickest of them will progress to the second qualifying period, and then the third. The faster the driver is in qualifying, the better position he will have on the grid for the race.

The cars race around each circuit for a predetermined number of laps. After those laps have expired, the race ends. Cars may pit stop for fresh tyres, but cannot take any new fuel on board, since new rules came into effect. They may also pit to repair some slight damage, though in F1, every pit stop proves incredibly costly to track position, even if they only stop for a few seconds.

After a race, the driver finishing first will land 25 points. The other two drivers on the podium will get 18 and 15 points, for second and third place, respectively. Drivers finishing fourth, fifth and sixth will get 12, 10 and 8 respective points for their positions, whilst drivers who finish seventh, eighth, ninth and tenth will land 6, 4, 2 points and 1 point, respectively. No points are awarded for finishing below tenth.

Place bets on Formula One with CloudBet

Motor racing doesn’t really get any more exciting than Formula One. If you think that F1 sounds like the kind of motor racing event that you could place bets on, then you should try CloudBet. This Bitcoin betting site has some great F1 bets for you to wager on, including driver championship and constructor winners, race winners, pole position (qualifying) bets, and many more.