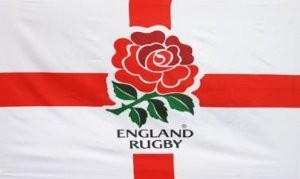 The Super League is England’s primary Rugby League tournament, although one French team also competes, giving it the name, the European Super League. Over the years it has gone by many names, including the Tetley’ Super League, the Stobart Super League, and more recently, the First: Utility Super League. European Rugby League fans who wish to make Bitcoin bets on the sport will find the rugby league an exciting prospect.

About the Super League

The Super League is an annual competition, which is played from February until July. The Super League is unique from other Rugby League tournaments, in that it has relegation and promotion features, which make it quite similar to European football leagues. It also contains a playoff series, making it much akin to the setup adopted in American football.

Bet BitCoins on ERL With Cloudbet

The history of the Super League

The Super League was created to replace the Rugby Football League Championship, and it did so in 1996. The creation of the league saw a summertime season take place over the former winter season. Several mergers between clubs proved immensely unpopular, as did decisions to raise lower level clubs to the Super League for commercial gain (due to their location). A French team was also included, to raise the prospect of the league being viewed from abroad.

Despite not initially having promotion or relegation, the format was reintroduced in 2002. Paris (the French team created to compete) dropped out after just two years, but Catalans Dragons joined in 2006, giving the league a French side once more. The league underwent more changes for the 2015 season, with the league finalizing a total of 12 spots for clubs in the current season, with new changes to the promotion and relegation format.

The St. Helens Saints have won the most trophies, with a total of 20, whilst the Leeds Rhinos have won 13, the Wigan Warriors have 10, as do the Bradford Bulls. The Warrington Wolves have four titles, whilst Hull FC, the Huddersfield Giants and the Sheffield Eagles each have one trophy. Not all of these were won during the Super League Era, though.

The twelve teams in the Rugby Super League will play each other twice. After the regular season is over, the top eight teams in the league will go forward (with their point’s totals) and compete against each other twice more, in the Super 8s. The top four teams will then compete in a playoff, which is then used to determine which two sides will meet in the Super League Grand Final event, to determine the overall winners and the year’s champions.

After the regular season is complete, the bottom four teams from the Super League’s regular season will also be involved in playoffs. These are known as the Qualifier Super 8s, and also feature the top four teams from the division below, known as the Championship. No point totals are carried over, with teams playing against each other once. The top three teams in the league after those seven games are played will be entered into the following season’s Super League. The fourth and fifth placed teams will square off in a final match, to determine which side will also play in the Super league the following season.

The loser of what has become known as “the Million Pound Game”, will then join the teams finishing sixth, seventh and eighth in the Kingston Press Championship the following season, having been relegated from the Super League.

Place bets on the Super League with CloudBet

The English Super League is just one of many top English Rugby League competitions which you can bet Bitcoins on. Several sites will take Bitcoin bets, although CloudBet are certainly the best of them all.

They not only cover a huge selection of Rugby League bets, but they also offer a welcome bonus for all first time bettors at their online sportsbook. If you want to bet Bitcoins on rugby events in the English Rugby League, then CloudBet is certainly the top place to do it.