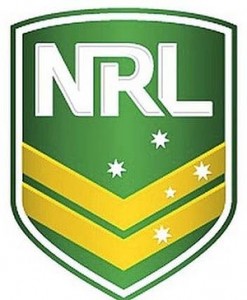 The National Rugby League is the top Rugby Union competition for teams based in Australasia. Also known as the Telstra Premiership, this rugby competition features teams from both Australian and New Zealand. Anybody wishing to place Bitcoin bets on Rugby League domestic competitions would do well to choose games from the NRL.

About the National Rugby League

There is a lot of prestige for winning the NRL, as its champions will then compete against the winners of the European Super League (England’s top Rugby League competition), in the World Club Challenge. The South Sydney Rabbitohs are the current NRL champions, and they have the most league titles, with 21 in all.

Bet BitCoins on NRL at CloudBet

The history of the National Rugby League

Ever since 2003, the popularity of the NRL has been on the rise; so much so in fact, that the league has undergone expansion over the last decade. Today, the South Sydney Rabbitohs are the most successful club in NRL history, with 21 titles – although, admittedly, only one of those was won during the NRL era. The wooden spoon is awarded to the last placed club, with the most being given to Western Suburbs Magpies with 17.

Only the Roosters and Rabbitoh’s were around when Rugby League competitions began in 1908. Matches take place in Australia, although the Nez Zealand Warriors play some of their matches in New Zealand. New Zealand has also hosted several other NRL matches over the years.

Following the conclusion of pre-season, and the All-Stars match, the World Club Challenge is played between the winners of the previous years’ NRL and Super League competitions. After that, the NRL Premiership season begins with matches played over 26 weeks.

After the regular season comes to an end, the team on top of the league is declared the Minor Champions. As well as playing regular season games, teams are also expected to compete in local cup competitions and rival matches. These special matches have been played long before the NRL existed and are part of the tradition surrounding many NRL teams.

The Finals Series and the Grand Final

The eight highest finishing teams in the league (including the Minor Champions), will then play off in the Finals Series. Over four weeks, the teams will square off in a knock-out competition until just two teams remain in the competition. Those teams will then meet in the Grand Final, which will determine the Premiers of the competition.

The Premiers are regarded as the true champions of the NRL, not the Minor Champions. Plenty of medals and pomp precedes the Grand Final, with player awards and other honours dished out during what amounts to a major televised event in Australia. Previously, the Grand Final events were held in Sydney, but as of 2010, the final moved to New South Wales, and will remain there until 2022.

Place bets on the National Rugby League with CloudBet

The National Rugby League is the ideal sporting event for you, if you wish to bet on Australasian Rugby League games. If you want to bet with Bitcoins, you’ll need an ideal place to do that. We’d recommend CloudBet, since they cover the vast majority of the NRL’s matches throughout the season. They also offer reasonable odds, as well as a match deposit welcome bonus when you decide to sign up and bet on National Rugby League games with them.