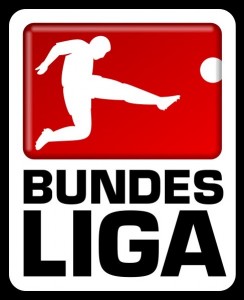 The Bundesliga is one of the newer top divisions created in European football, taking several decades after the Second World War to become fully established. It wasn’t until the reunification of Germany that the Bundesliga became the force that it is today. The Bundesliga houses some of Europe’s most exciting clubs, as well as excellent stadiums. FC Bayern München are the most dominant team in the division, and have been for a very long time, despite the odd challenge from Leverkusen, Dortmund, Schalke and others.

Bet on Bundesliga at CloudBet

The history of the Bundesliga

The German Bundesliga began in the 1963/1964 season, which consisted of teams from the five Oberligen (Premier Divisions) in the country. East Germany maintained its own division, until they joined the Bundesliga after the reunification of the country in 1990.

It wasn’t always about FC Bayern. Originally, 1.FC Köln were the early forerunners in the Bundesliga, with periodical performances from Borussia Mönchengladbach, Hamburger SV, and Borussia Dortmund keeping Bayern at bay. Even though they have never won the division, Bayer 04 Leverkusen have usually been at the forefront of the Bundesliga.

If we don’t look at the Bundesliga titles only, and focus on the German championship in all its former forms, FC Bayern München is still a long way in front, though, with 24 league titles. FC Nürnberg have won 9 titles, whilst Borussia Dortmind have won 8. Schalke 04 have won 7 titles, whilst Hamburger SV have 6. Stuttgart and Borussia Mönchengladbach each share 5 titles, whilst SV Werder Bremen and 1.FC Kaiserslautern both have 4 titles to their name.

The Bundesliga runs from August to May, and most matches are generally played on the weekends, with only a handful of mid-week games. There are 18 teams in the Bundesliga, with each team having the play the others twice (once at home, the other away). Prior to the 1995 season, wins were worth 2 points, but since then, they have been worth 3 points. This has made the Bundesliga on par with the structure used in other major worldwide football divisions.

The biggest teams in the division are FC Bayern, Leverkusen, Schalke, and Borussia Dortmund, although admittedly, the latter are having a difficult year, stuck in the middle of the table. The reigning champions are (surprise, surprise), FC Bayern München.

After the completion of the Bundesliga season, the team which finishes in first place is declared the champion. The top three finishing teams all qualify automatically for the UEFA Champions League, whilst the fourth placed team must qualify from a play-off, in order to make the Champions League. The fifth and sixth placed teams in the division must make do with qualification for the UEFA Europa League, instead.

Place bets on the Bundes liga with CloudBet

Even though FC Bayern München tend to the win the league more often than not, the Bundesliga is certainly capable of throwing up some surprises. This means that you could quite easily make a decent amount of cash betting with your Bitcoins on this exciting German football division.

If you’ve got Bitcoins and you wish to place a bet on the Bundesliga, then there is only really one place to do it. We’d recommend using CloudBet. They not only have some absolutely superb German Bundesliga fixtures to bet on, but a host of other cool bets linked to those games, too.