Bet on Premier League With Bitcoin 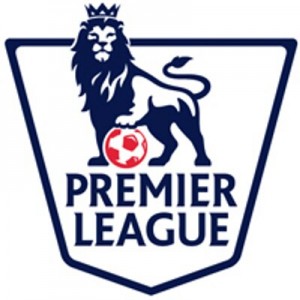 The English Premier League is widely regarded as the top domestic football league in the world. No other league is shown as many countries as the Premier League, or contains as many worldwide football stars of so many different nationalities. If you’re looking to place bets with Bitcoins on the hottest football matches in the world, then the Barclays Premier League is the right sporting event for you.

About The Premier League

The Premier League is an annual football competition, the highest league division in England. The league runs from mid-August until mid-May each year. A total of 20 teams participate in the league, all but one of which are English (Swansea City are a Welsh team, which have chosen to play in the English football league system). The league is sponsored by Barclays Bank, although it was formerly known as the FA Carling Premier League, after its British beer sponsor.

The Premier League generates millions of pounds of each of its clubs through television revenue and marketing each year, and is one of the most illustrious and financially rewarding leagues in the world. The league also has a rather high percentage of managerial sackings, and its clubs also spend more on players on average in the transfer windows, than any other league.

Bet on Premier League at CloudBet

The history of the Premier League

The Premier League began back in 1992, when the founding members decided to structure a new league, which would takes its place above the then highest division (now known as the Championship). 22 teams joined the league, although this was later reduced to just 20. Since then, the amount of money flowing into the league has grown exponentially, making it the richest football league competition in the world.

During the early years of the league, Manchester United were the dominant force in English football, winning successive titles. By the 2000s, a “top four” became established in the league, consisting of Arsenal, Chelsea, Liverpool and Man United (even though, Liverpool are yet to win the Premier League). By 2015, Tottenham Hotspur and Manchester City have thrust themselves into the mix, meaning there are now considered six top teams in the league.

The Premier League begins in mid-August, after the traditional curtain raiser that is the Community Shield. Matches are mainly played on Saturdays and Sundays, although some Monday night football matches and mid-week games are frequently scheduled. Each team players the others twice (once home and away), to make up a total of 38 games each.

At the end of the season, the top four teams will qualify for the UEFA Champions League, whilst the fifth and sixth placed teams qualify for the UEFA Europa League. At the bottom of the table, the teams finishing eighteenth, nineteenth and twentieth are automatically relegated to the division below (The Championship).

Their places are taken by the first and second placed teams in that division. Teams finishing third to sixth will then compete in a knock-out play-off competition to determine which team will take the final Premier League spot for the following season. There is a vast financial reward for teams progressing up to the Premier League.

Place bets on the Premier League with CloudBet

Placing Premier League bets with Bitcoins has never been easier, thanks to CloudBet. With this online sportsbook for Bitcoins, you can place bets not just on the matches themselves, but also on the league table. You can even bet on managerial sackings, goal-scorers and much more.

Even more obscure bets such as the number of corner kicks, the amount of yellow cards, and the exact score of a game can be wagered on. If you’ve got Bitcoins you wish to spend on domestic football league bets, then the Premier League is the top dog.