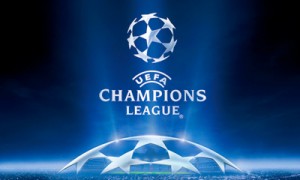 This annual continental club competition is Europe’s premier football tournament. Run by UEFA, the Champions League is played over the duration of the regular European football season, and contains the biggest and best teams in the continent.

With so many teams from so many different countries to choose from, the Champions League is the ideal competition for you to bet your Bitcoins on.

About The UEFA Champions League

The UEFA Champions League is one of the most prestigious tournaments in worldwide football. In its current format, the Champions League finals consists of 32 teams from across Europe, which battle it out in group stage and knock-out matches, all the while trying to get their hands on the famous “big-eared” cup.

The Champions League is worth an astronomical amount of money to football club. Clubs get €8.6m for reaching the group stage, with €1m per group stage win and €500,000 for a group stage draw. The Round of 16 is worth €3.5m to teams, whilst the quarter-finals can be worth as much as €3.9m. If your team makes the semi-finals, they’ll pocket €4.9m, whilst the losing finalist will still scoop €6.5m. Winning the Champions League is worth €10.5m to a football club.

Bet on Champions League With BitCoin:

The history of the UEFA Champions League

Champions League football began in 1992, although prior to that, the competition was known as the European Champion Clubs’ Cup, or to put it more simplified, the European Cup. That began in 1955. The Champions League has often been cited as unfair, since in some leagues only the national champion can qualify for the competition, whilst in the more developed leagues, sometimes the top four sides can qualify for the tournament.

The most successful side in the Champions League are Real Madrid, who have won the tournament 10 times. In total 22 clubs have won this competition, with AC Milan winning 7 trophies, Bayern München and Liverpool are tied on 5 titles each, Barcelona and Ajax have 4 each, whilst Inter Milan and Manchester United have both won 3 titles. Benfica, Juventus, Nottingham Forest and FC Porto have both won twice, whilst Celtic, Hamburg, Steaua Bucharest, Marseille, Borussia Dortmund, Chelsea, Feyenoord, Aston Villa, PSV Eindhoven, and Red Star Belgrade each have one title to their name.

The current defending champions are Real Madrid, who ended a three-year wait for La Decima (the tenth) last year, by narrowly beating rivals Atlético de Madrid in the final.

The first few rounds of the UEFA Champions League are qualifiers. In the first three qualifying rounds, the national champions of lesser ranked football leagues compete against the second or third placed finishing teams in higher ranked national football leagues. Those teams will then continue in this round robin format until a play-off round, until they meet the third or fourth placed teams from the major national leagues in the play-off round.

Those teams that successfully win their play-offs (via Championship and Non-Championship routes), will then qualify for the Champions League finals, which first begin in the group stage. Most of these earlier qualifier fixtures take place before the domestic seasons begin.

The UEFA Champions League Group Stage begins after a quarter of each domestic season is complete. The 13 champions from the biggest football leagues, as well as the 6 runners up from certain divisions, and three third-placed teams from the major divisions meet in the group stage, alongside the 10 play-off winners.

There are eight groups of four teams, with each team having to play the others twice, in both home and away games. At the end of the group stage, the top two teams advance into the Round of 16, whilst the third-placed team drops into the Europa League. The fourth placed team sees their European campaign end with nothing.

The remaining UEFA Champions League teams then square off against one another in two-legged ties. The score on aggregate (over two legs) is what counts, but if it is level, then the dreaded away goals rule is implemented (the team that scored the most away goals wins). If that is level, matches are determined by penalty shoot-outs. This round robin format continues until only two teams are left, and they will meet in the UEFA Champions League final. This final is held is one of Europe’s major cities, and if often bid for.

Place bets on the UEFA Champions League with CloudBet

The UEFA Champions League is one of the best football competitions you can bet on. Shocks in the Champions League are frequent, so you never know when an underdog might pop up and surprise the biggest of European giants.

If you’ve got Bitcoins, then we’d recommend using them at CloudBet. They offers all kinds of bets on the UEFA Champions League with many futures and props offered as well.