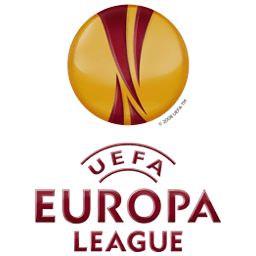 The UEFA Europa League is considered by many to be Europe’s secondary continental competition for clubs. Teams which are not national champions, failed to make into the UEFA Champions League via play-offs, or finished third in the Champions League group stage are invited to compete in this competition.

About The UEFA Europa League

The Europa League presents clubs with an excellent opportunity to bag valuable money, whilst competing in a prestigious tournament against other major European clubs. The Europa League has seen many changes in its time as Europe’s second club competition. Prize money for the altered format consist of several hundred thousand Euros for progressing through the qualifiers, plus €1.3m for making the group stage.

Bet on Europa League With BitCoin at CloudBet

The history of the UEFA Europa League

Qualification for the UEFA Europa League is a long and tricky process. How many teams get to enter the qualification rounds from each European country, depends entirely on UEFA coefficients. These are determined by how successful each nation’s clubs are in the competition.

Lower ranked countries have more entrants to the Europa League for their highest finishers, whilst high-ranked football countries, permit their lower finishing teams entry into the competition. Most domestic cup winners are also invited to join the competition.

The first, second and third qualifying rounds mainly features teams that fit the description above. More established teams from Europe’s domestic leagues join in the play-off round. All of the above rounds are two-legged ties, with the winners advancing to the group stage.

The 12 group winners will advance to the Round of 32, as will the 12 group runners-up. 8 third-placed teams from the Champions League group stage will also join the Round of 32. From there on out, it is a direct knock-out competition, with matches played over two legs, until two teams meet in the Europa League final.

The aggregate scores (over two legs) are taken, and if there is a tie, then away goals decides the match. In the event that away goals cannot determine a winner, a penalty shoot-out is held. The final is played in a predetermined city, and is a single leg event.

Place bets on the UEFA Europa League with CloudBet

The Europa League is the perfect football competition to bet on, especially if you always favour the underdog bets. Many of the smaller clubs from lower-ranked nations tend to surprise the “big boys of football” in this competition. If you want to bet using Bitcoins, we’d recommend playing at CloudBet, since they are the premier Bitcoin sports betting site on the net.