Bet On French Open With BitCoin 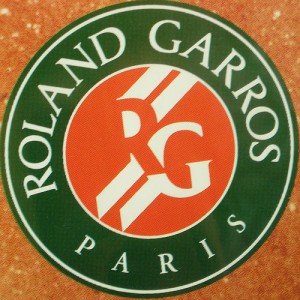 The French Open is one of the four major tennis competitions in the world. As one of the grand slams, it has a very special place in the tennis sporting calendar. At almost 125 years old, the very prestigious tennis event is a major lure for everybody who wishes to place sports bets on tennis with Bitcoins.

About The French Open

The French Open is formerly known as the Les Internationaux de France de Tennis, Roland Garros, and named after the famous French Aviator of the same name.

The tournament takes place between May and June, and is played over a total of two weeks. The French Open has been played at the Stade Roland Garros since 1928, which is expertly designed for tennis.

It is a clay court, and the number one tennis event to be played on such a surface. Many competitors have cited that the French Open is the tennis event that takes the most strength to win, physically.

The history of the French Open

The very first French Open was held in 1891, and was initially only open to players in French tennis clubs. It was won by a Brit (H. Briggs) who resided in Paris at the time. Six years later, the very first women’s tournament was held, with mixed doubles being added in 1902, and women’s doubles added in 1907. It wouldn’t be until 1924 that the French Open was opened up to players of all nationalities and clubs.

In the future, the tournament could even be moved away from its home at the Roland Garros stadium, as French tennis looks to reinvent itself. Plans to move away from the stadium are currently on hold.

In the modern era, Rafael Nadal has the most men’s single titles, with 9, whilst the winner of the most women’s single titles is Chris Evert, with 7 triumphs. The youngest winners of the French Open are Michael Chang and Monica Seles, at ages 17 and 16, respectively.

The French Open hosts several events. Obviously, the men’s singles and women’s singles are the most watched tennis matches. Men’s doubles, and women’s doubles are also played at the French Open. A mixed doubles tournament is also played at the tournament. Single winners are expected to pick up around €1.65m in prize money, whilst double winners can pocket €400,000 per team. Mixed double winners can win €110,000 per team if they are victorious in the event.

The current men’s champion is Rafael Nadal, after he defeated Novak Djokovic in 2014. In the same year, Maria Sharapova defeated Simona Halep to win the women’s title.

Place bets on the French Open with CloudBet

The French Open is one of the best tennis events you can bet on with Bitcoins. In order to do that, though, you will need to find an ideal place to play. One sportsbook which accepts Bitcoin bets is CloudBet.

This online sportsbook not only covers the French Open, but also has plenty of other major tennis competitions for you to bet on too, including the other three major grand slam events; Wimbledon, US Open and Australian Open.