Bet on US Open With BitCoin 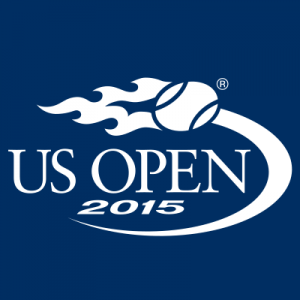 Wimbledon may be the most prestigious tennis tournament in the world, but the US Open is watched by more people. Normally, this tournament is the last of the four grand slams to be played, between August and September, and lasting around about two weeks.

The US Open has been a major tennis tournament since 1881, when it was known as the US National Championship. Bitcoin bettors will love to place bets on the outcome of the US Open, since it is a fascinating and unpredictable competition.

About the US Open

Like most of the major tournaments, the US Open takes a fortnight to come to its end. The US Open was originally played on grass until 1974, when it changed to clay. That experiment didn’t last long, and in 1978 the tournament was played on a hard surface, known as DecoTurf. It has been played on this ever since.

The history of the US Open

Originally, the US Open was held on grass, in Rhode Island. Only members of the National Lawn Tennis Association could play. New York first took charge of the US Open in 1915, after a petition by the players forced the move. However, between 1921 and 1923, Philadelphia hosted the event.

In 1968, the US National Championship joined the Open calendar, and opened itself up to professionals. The US Open would also make history in 1973, when it became the very first grand slam event to reward winners of both men’s and women’s singles with an equal amount of prize money. That year, it was set at $25,000. 1975 also saw the very first night match, thanks to the use of floodlights.

In 2006, the use of the Hawk-Eye technology to allow instant replays and challenges broke new ground in the US Open, so much so that it is now used everywhere. Today, the main court in the US Open is the 22,500 seat Arthur Ashe stadium, with all inner courts being coloured blue for television.

The men with the most US Open titles are currently Richard Sears, Bill Larned and Bill Tilden, with 7 titles each. The most women’s titles at the US Open is a record held by MollaBjurstedt Mallory, with 8 championships between 1915 and 1926.

US Open events and prizes

Several events are played at the US Open. Naturally, there are both men’s and women’s singles to compete for, as well as men’s and women’s doubles tournaments. A mixed doubles competition is also played. Senior, junior and wheelchair tennis competitions are also played at the US Open in Queens, just like they are at Wimbledon. Men’s and women’s championship winners will pocket $1.9m each, whilst doubles winners will share a $420,000 prize. Mixed doubles winners can share a $150,000 prize fund.

Marin Čilić is the current men’s champion at the US Open, after he defeated Kei Nishikori in the men’s final in 2014. The women’s title is held by Serena Williams, who defeated Caroline Wozniacki in the final. Men’s double champions are currently Bob and Mike Bryan, who defeated Marcel Granollers and Marc López in 2014. Russian duo Ekaterina Makarova and Elena Vesnina defeated Martina Hingis and Flavia Pennetta to win the women’s double titles last year, whilst Sania Mirza and Bruno Soares defeat Abigail Spears and Santiago González in the mixed doubles final.

Place bets on the US Open with CloudBet

The US Open is a great tennis match to bet on with Bitcoins. When it is being played, it is covered by so many television channels, that you can actually watch your bets come good on the screen. However, first you need a place to bet your Bitcoins. CloudBet is one of the finest Bitcoin accepting sportsbooks.

This site offers US Open bets, as well as bets on the other grand slam major tournaments, including the French Open, Australian Open, and Wimbledon.