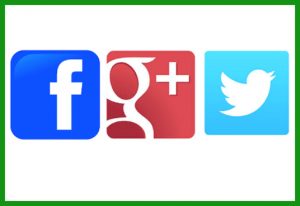 There is no need to underline how important are big social networks for the world of advertisement in 2018. What began as a shy trend a decade or more ago has now grown into the dominant way any venture promotes itself, unless it is really locally focused (often, even then).

The top of that field is filled with companies which became household names for most of the planet. These include Twitter and Facebook as purebred social media companies, but also Google with its hybrid setup which covers a lot more than their Google Plus product.

Now, all of those three decided to stop showing any advertisement related to the cryptocurrency domain. This is a heavy blow to the blockchain ecosystem as a whole, but for many companies, it is something close to a disaster, especially if they have a big upcoming showcase of their product. Here is the overview of this decision and reasons why it is problematic on a multitude of levels.

The change in the attitude of social media and big online advertising companies came with the beginning of 2018. First Facebook decided it will distance itself from any crypto advertisement offers, saying that it will no longer accept cryptocurrency ads, but also those for digital wallets and ICOs.

Google went the same way a few weeks later and did an almost identical change in their TOS. With this, crypto ventures were forbidden from using their Adwords service, meaning that they could not get any ads on Google Search, AdSense affiliates or YouTube videos.

The latter had a big effect on the market and many speculate that this announcement was one of the reasons for the recent slump in prices that once again to the overall market cap way down. The trend was even more underlined when Twitter decided to join this online gathering of cryptocurrency no-go companies.

The last network that decided to make this move was Twitter, even though the same has not been officially confirmed. However, the company neither did deny the decision to cut out all crypto promotion services out of their TOS. This led most to agree that some kind of pulling of the plug will take place for the same content on Twitter.

Interestingly, even though it has a lot smaller share of online marketing than Facebook and especially Google, the network was able to attract many different kinds of ventures in the crypto domain. In fact, a lot of these decided to start using it as its primary means of communicating with the general public.

For a moment, it seemed that Twitter and crypto enthusiasts clicked together a lot better than on any other social media. Thanks to this, a huge number of individual entrepreneurs, analysts, and even companies found their place on Twitter. Yet, the recent decision will definitely sour that relationship.

All of the mentioned companies are likely busy changing their terms of services to add these special rules related to digital currencies. However, the decision seems to be very arbitrary and the TOS changes will likely be similar as well. Twitter even stated that the possible implication of the new regulations will have some exceptions. What these exceptions will be at this moment no one can tell for certain.

However, bitcoin does not promote itself being that there is no organization that is designed to aid in its online marketing. Its promotion is always done organically, with people spreading the message about this digital currency. The message is so effective that bitcoin has millions of users around the world who employ it for purchases, investment, online betting but also many additional activities.

This is the reason why Twitter is likely considering other exception to their rules. However, there are no clear indicators what these exceptions could end up being.

Out of all of these situations, a single theme seems to be resonating throughout – seem like you are stifling crypto. It is completely possible that these companies is that they are based in the US, fear a regulatory crackdown on all manner of cryptocurrency ventures.

This should be their way of preventively “cleaning house” so that their platform is not able to be used by individuals who want to commit fraudulent acts with it. But, this logic is all backward when a moment is taken to observe it.

Cryptocurrencies are just a means to an end. After all, the idea that cryptocurrency is being misused by scammers is all about the same people trying to swindle others out of their money. They can just as easily use USD or any other currency for that purpose, which they readily do.

Will Google, Facebook and Twitter pass judgment on any venture that is being promoted on their platforms? The very notion of this is insane, being that it would include digging around for clues or evidence that some process is or is not fraudulent. It is not the responsibility of the advertisers to decide what is or is not prevent to be an illegal venture because the same power could be used to randomly reject or accept advertisers based on nothing more than a “financial hunch”.

Opening the Doors to Alternative Sources

Ultimately, the only thing that will become of this will be the influx of capital to other advertisement avenues. These will primarily include smaller, crypto-oriented outlets which will be completely fine as a news source for a generation of users brought up on online services, eSports, and similar things.

Eventually, social media giants will likely change their tune, but for now, they have been pushing the prices in the crypto market down. Most hope that the same process will soon end and allow social media and crypto to continue on their separate ways.