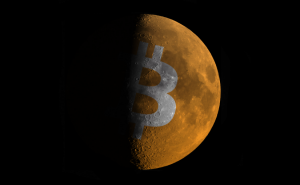 The predictions for the cryptocurrency prices entered a murky water with the end of the Q1 of 2018. After that prolonged bullish rise in the prices, the growth stopped and began declining. Today, after a very conservative Q2 and Q3, not many could be certain that the price direction will sustain one or the other direction.

In fact, the previous period is one of the more stable ones in the recent bitcoin history, with the price remaining around the $6,000 mark. The same was true for ethereum and other major cryptocurrencies, aside from the fact that they had additional falls in value in the previous months.

Now, in spite of the trend, the main figure of one of the biggest cryptocurrency exchanges believes that the change is coming. The same shift should move the price northwards and possibly even overcome the records set by the incredible growth of 2017. How feasible are those predictions?

The holders of cryptocurrency, especially those who are using long-term investment strategies called HODL (an abbreviation of the world Hold) have been waiting for a big bull breakout for some time now. Some are hoping to see a return, at least for a short while, in the range of $20,000 which occurred during the end of the last year. Others are hoping to see an even larger price tag for a single BTC token and wishing for a new price record.

But, in spite of high hopes, the cryptocurrency prices have been stuck more or less in a downward trend for most of 2018. Small changes to this pattern have occurred, but none of them are so big to change the general image of the price movement. This is why the same downward spiral has been impacting the entire market, not just the bitcoin as its biggest representative.

BTC token is down about 70 percent from its peak value. ETH and XRP are down even more measuring a drop of 80 percent since their highest value. But, the CEO of Binance, Changpeng Zhao, believes that all of this is about to change, sooner or later.

Zhao is a respected figure in the crypto community who has years of experience behind the helm of one of the biggest crypto exchanges in the world. In a recent interview with CNBC Crypto Trader show, he stated that the next bitcoin bull run will occur, as he stated, at some point in the future. It might come sooner or further down the road, but Zhao is certain that it will occur.

He does not claim to know what will begin the run, but he is still certain that something will trigger it and send the price spiraling up. The optimism is interesting, especially when counting the performance of his company. While Binance is the biggest crypto exchange in the world by volume, its trading is down by 90 percent since January. Still, Changpeng Zhao, known as CZ in the community, is confident that his company, like the larger cryptocurrency market, is in a good shape and that the environment is healthy.

He said that the value of the drop in business is correct, but that not many count in the fact that even today, the company is trading at a significantly higher level than compared to only two years ago. The company, according to CZ, is profitable and the business is in good shape.

Following the remark by CZ, another well-known name is the crypto sphere also gave out a prediction. This name belongs to Erik Voorhees, the CEO of ShapeShift cryptocurrency exchange. He believes that the next price surge of bitcoin will be triggered by the US dept. According to him, when the next global economic and financial crisis hits, the fiat currencies will be dommed.

This comes from the fact that the US debt of $20 trillion cannot be played back or reorganized, so any fiat currency will take a giant hit, some of them which could end up being irreparable. This scenario would be essentially similar to the moment in 2015 when China developed its currency several times during a single year. On this occasion, the Chinese investors quickly moved their funds into crypto to avoid the restrictions on the local fiat to fiat exchanges.

By employing mainly bitcoin, the same investors managed to protect the value of their portfolios instead of seeing a large part of the same sums being lost to devaluation. In the case of the US debt crisis, the same would occur on an infinitely larger scale. With a new and clear financial meltdown coming, many would reach out to cryptocurrencies both with small and big funds – this would skyrocket the adoption rates but the otherwise price to the global economy would be disastrous.

Technical Predictions versus End of the World

Aside from the doomsday predictions, the technical charts of the bitcoin price movement show that the price could be heading towards a higher value. This is why the Bloomberg analysts believe that the price entered a new bullish phase with several encouraging sings showing towards the same possibility. In other words, yes, bitcoin and other major cryptocurrencies will start to move up and the bull domain will not last forever.

But, even a move to $8,000 would be a huge development but it still would not bring the price of BTC anywhere near the value of the 2017 record. However, if enough of these bullish periods occur, one of them would be huge in its capacity to drive the price up. In this sense, CZ is almost certainly right and something would be able to produce the same effect. When the US debt is concerned, the same prediction is too outlandish to be taken with a huge level of seriousness.

In the age of esports and digital media, even financial figures like Voorhees tend to make outlandish predictions. However, if the US debt crisis does occur, the implications to the world’s economy would be so drastic that even a strong holding in BTC would mean very little. Because of this, the CZ scenario is more likely, more sustainable and ultimately, more desirable by everyone in the world, not just the cryptocurrency community.