Opinion Bitcoin 2020 Rally – Sustainable Growth or Flash in the Pan? 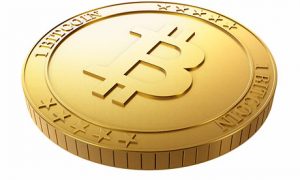 There seems to be a growing split between crypto analysts regarding a major issue. That issue is the question of whether or not the present bitcoin rally is the result of sustainable and definable factors, or if it is just another swing of untethered volatility. However, most do agree on one key issue: the upcoming halving of the network is playing a big role, no matter what the rest of the factors might or might not be. Presently, the bitcoin token is trading below 10,000 USD but it did rise to over that benchmark for the first time since October 2019. The same also represents a rally of nearly 50 percent as its five-month peak was reached recently. Yet, the 11-year history of bitcoin is one full of fast ascends and just as fast plummets.

In 2017, it managed to climb three and a half times in just over a month and reach its all-time high of nearly 20,000 USD. It took it seven weeks from that point to fall more than seventy percent. These wild and regularly completely unexplainable moves in prices are often credited for stopping bitcoin from functioning as a viable currency. Instead, the same cryptocurrency acts as something closer to tradable assets than any fiat money. This time, however, there is a collection of factors and influences that have – so far, at least – have not been seen in the crypto domain.

The never-before-seen confluence that is being mentioned is one consisting of both new and old elements. It includes expectations of mainstream acceptance, arcane elements of the technology being used, and macroeconomic trends. Because of these, the traders and investors are once more giving a good hard look at the bitcoin market and its worth. Many brokers even believe that there is a completely fresh evaluation going on right now.

The biggest tailwind to that process is the fact that the new halving – a 50 percent decrease in the reward that the miners get from supporting the cryptocurrency network – is right around the corner. It will take place in May and it is one of the rare events in the network that is certain to impact the price. As a hard-coded rule, halving is one of the pillars of the bitcoin blockchain. In theory, each such event slightly increases the demand for bitcoin being that it also cuts down the supply.

When the short history of bitcoin is examined, it still – like esports any many other novels but rich ecosystems – has a lot to offer in terms of patterns. There have been two previous halvings. One took place in November 2012 and the second in July 2016. In both those years, the price of bitcoin rose around roughly 80 percent. The exact impact on the growth of the price is not known, but it is something exceedingly rare in the crypto domain, which is a phenomenon that is actually an observable factor.

So far, there has been a clear pattern in halvings – the price went up. This is widely known inside of the crypto community, but also more and more observed among the regular traders and investors. Having such a factor in a calculation whether or not to buy into a particular asset is clearly a big element to the positive outcome of that dilemma.

While no one can deny that the price of bitcoin is climbing up, many are unsure if the same is a result of a sensible change in the value of the network or simply a short-lived boom. In that case, the movement right now would not be any different than the previous climbs that ended with an equally drastic price drop that would steady the token value well below the record highs. If that is the case, this time around once more the hype cycle will be the one that feeds the new money into the networks market cap. Essentially, these represent mini-bubble environments where the momentum is built by bitcoin but fast taken over by other digital currencies.

In some situations, the same momentum can be overtaken on moments by one of these. Presently, this seems to be happening with ethereum and its ETH token, which appears to be moving up in a stronger and more consistent manner than BTC. Ripple’s XRP digital token is also performing well, with a rise of almost 75 percent. Once the cycle is in full swing, there is the most important factor that drives the buyers into the market – fear of missing out. Once the same process starts up, there is no telling how far will it drive the price up and when will investors actually decide that the moment is there to pull out.

While all of this showcases the idea that the growth in the cryptocurrency space is nothing more than a flash in the pan, the truth is that there is one more factor – global uncertainty. Things like the Coronavirus and the tensions between nations and even global superpowers in the Middle East are pressing hard on the minds of investors. Those with huge financial means are very much aware that the clouds on the horizon cannot be ignored. After 10 years of continuous existence and zero down days, bitcoin has proven that it will not disappear overnight.

It will continue to exist and even strongly jump up in situations like the present global uncertainty. This will not be ignored by anyone who wants to hedge their bets and include bitcoin or any other digital currency into that equation. Just one percent of some of the biggest investment funds in the world would quickly drive up the price of bitcoin and all other altcoin digital currencies. The same change could not just protect the investor money at that moment, but drive the investment up so far that it easily compensates the losses in other traditional markets. That possibility alone is something that is most definitely not a flash in the pan in the eyes or any global wealth-holder.