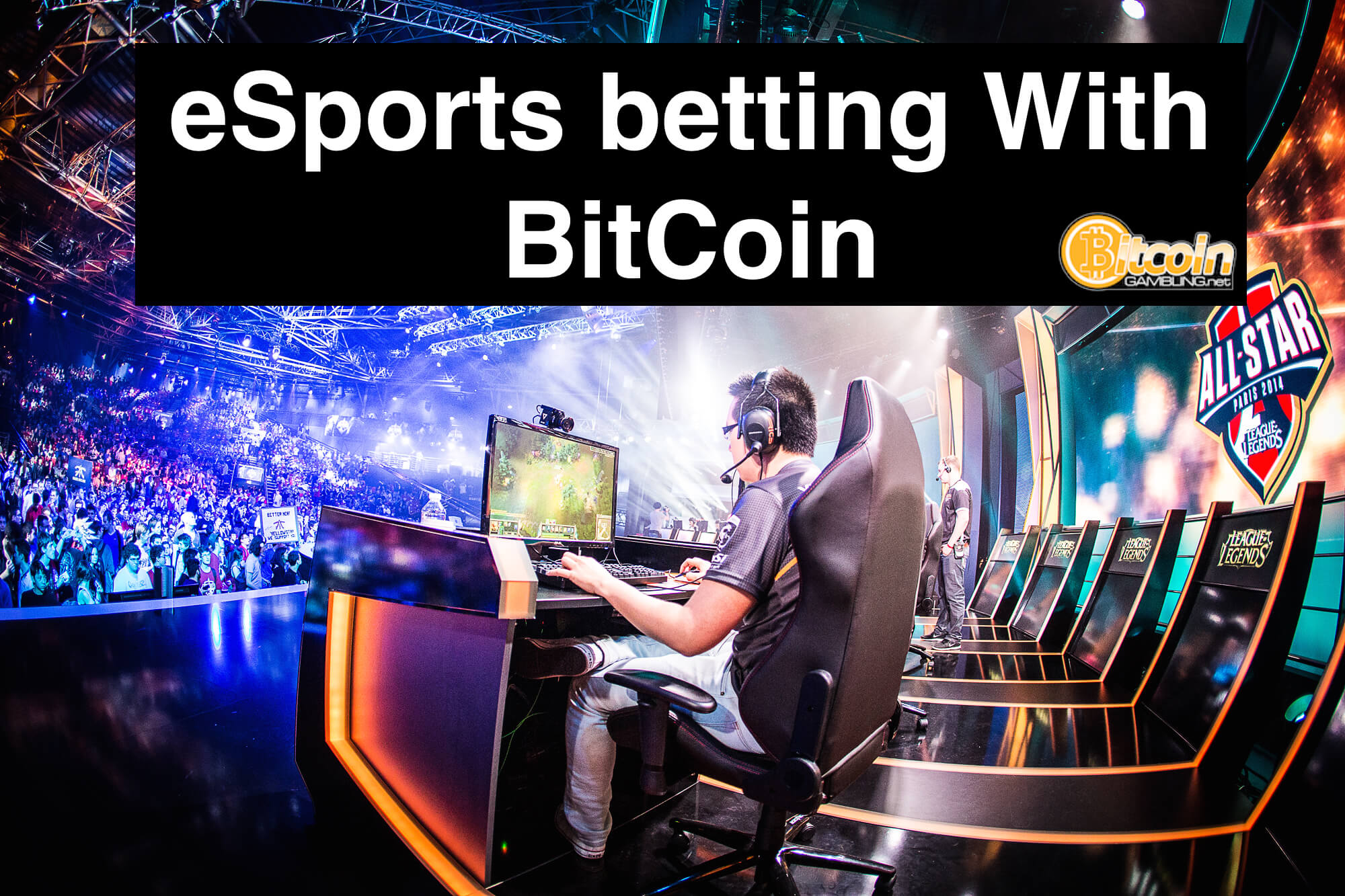 E-sports have being growing in popularity ever since the late 1990’s. Around 2000, global tournaments started to emerge, with around 260 in 2010.

There was a $1 million dollar grand prize in a 2006 championship series, and it has been increasing ever since then.

In 2014, the League of Legends World Championships in Seoul, South Korea had over 40,000 viewers in attendance, as well as millions others online watching through the platform Twitch and other streaming sites. There are all kinds of E-sports, from fighting games like Street Fighter to 1st – person shooters like Call of Duty. Lets not forget about games like CS GO and DOTA 2 either, both of whom have followers in 7 and even 8 figures.

With all these people becoming interested in E-sports, there is the temptation to start gambling on them, just like it is done in other sports. There are always websites where this can be done with credit cards, but this becomes a hassle as it can be extremely expensive, unsecure, and it has a myriad of other issues. One solution people are starting to turn to is Bitcoin.

Bitcoin is great for this type of thing, as it is all done completely online; it’s like an online currency. It stores value and can be used for payment, and it can be transacted directly between users. This means the middleman is now gone, so the fees would not go up when transferring Bitcoin to other users. Another one of the great things about Bitcoin is that all fees are paid by the purchaser, not the vendors, which has caused the fee price to go down 2-3% compared to fees charged by credit card processors.

Now, E-sports and Bitcoin are both purely online functions, so why shouldn’t they be combined? This would make life much easier for all parties involved, as well as keeping online to online. Those who have Bitcoin, which is limited in amount, would be able to bet on the sports that they love to watch online. Not only that, but bitcoin is invulnerable to government seizure.

In countries like the US and Russia, when the government decides that they want to shut down an online sportsbook and seize all the assets they would be unable to seize the Bitcoin, keeping that form of currency safe to bettors. Since Bitcoin is not affiliated with any kind of banking system, it is the world’s safest currency for online sports betting from players perspective.

Another huge advantage of Bitcoin is the lack of personal information that has to be given to Bitcoin. Most online betting sites require long amounts of time to have money processed, and there are large amounts of documentation, such as driver’s licenses, utility bills, and credit card scans. This increases the risk of identity theft, and this practically goes away with Bitcoin.

All that most Bitcoin bookmakers ask for is an email address and a date of birth. The email address is mainly for password resets and information, and the date of birth is just to make sure there is no underage gambling. As well as reducing the risk of identity theft, Bitcoin also improves on other betting sites by taking only 30 seconds to a few hours to have a transaction, and there are no fees for deposits and withdrawals.

Now, with all the advantages of Bitcoin, it’s hard to argue against it for any kind of online betting. It is generally more secure, faster, and it is safer from governments. Not only that, but both Bitcoin and E-sports are still growing and trying to gain momentum in their respective markets, so combining the two would only help both parties.

E-sports would get this great method of betting that would attract more people to their sites, and Bitcoin would get a sponsor from a huge player in the market. Bitcoin is still relatively new and it is growing fast, so E-sports would gain more from this in the future when Bitcoin starts to grow even more.