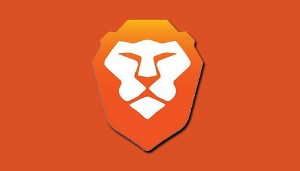 According to all the available data, the domain of internet advertisement is in dire straits. Ever since the beginning of 2015, when ad blockers became more user-friendly and started to spread across the world, ad-based revenue streams began to drop. The same drop soon showed that it is not a passing phenomenon, but a well-defined trend. Currently, the same trend is still ongoing.

While BitCoin was already seen as a possible aid in transforming the industry’s approach to a standard advertisement that is fast becoming even smaller, it seems that the possible solution to this problem will transcend the idea of simply using BTC to ward off ad exposure. Instead, an idea is growing in strength and it desires to completely revolutionize the area of commercial promotion.

This reverse advertisement scheme would pay users who see ads or come into contact with any other form of online marketing promotion. Just a few years ago this idea would sound something straight out of a science fiction utopian novel. Today, however, there is a lot of evidence that this or some very similar system will inherit the current marketing environment.

Ads are Fading Out

Once, internet advertisement in the form of banner and HTML-generated ad spaces was one of the fastest growing domains in the entire field of marketing. On the same wave, companies like Google created billions and allowed their businesses to expand tremendously. At the same time, published used the same approach to support their websites and portals, which lead to stellar success stories.

Of course, these funds did not just appear from thin air. In many ways, the same money was simply redirected from print, TV and other mass media to the Internet. Thanks to it, for almost a decade, the publishers and ad mediator companies made fortunes from the advertisers who wanted to reach the Internet audience.

Now, the same domain is being siphoned towards branded custom content and other forms of promotion that take place online, but which do not take the form of simple banners or links. These are being suppressed by ad-blockers and many are starting to fear where wills this end. But now, BitCoin is employed for the purpose of providing a completely new system of consuming promotional messages.

Developed by a team gathered around Brendan Eich, one of the co-founders of Mozilla, Brave is a browser that will be able to block both online ad tracking and ad generation. Created as a comprehensive solution for desktop and mobile devices, Brave will be able to encompass the advantages of an external ad-blocking system and a browser into a single solution.

But, while the software was first announced in January 2016, it recently got an interesting upgrade. Currently, it seems that Brave will be able to feature ads that are approved by its creators. But, aside from being shown to the users, they will also pay out fees to them whenever they are exposed to any commercial message. Naturally, the only currency that would be able to support this type of payments is BitCoin.

Users will be able to choose whether they want to see ads or not. But, if they do, they will be asked to create their digital wallets and slowly get paid via microtransactions whenever they see an ad. This would also entail an entirely new ad network created by Brave, which ensures its future users that its ads will be speedier, but also less intrusive than current alternatives.

Using the same network would mean that advertisers purchase a number of impressions and that Brave then aggregates the same payments into a single sum of BTC. All websites that agree to participate will get 55% of the sum, based on the number of impressions that appear on their online resources. The rest is divided by the company itself, users and the ad-matching partner. All of these parties would attain an equal 15% share.

The brilliance of this system is the willingness to include the consumers of the ads into the actual process of advertisement business. Before, this idea was seen as something that spoils the actual results of the campaigns, where the users would be financially driven to click on ads and experience them without any readiness to become useful consumers to the advertised party. However, the reality of the big data age shows that numbers of conversion stay relatively stable no matter how the audience is generated, as long as the sample group is large enough.

A New Way of Thinking

Brave is not alone in this venture and many other companies are working hard on utilizing the BitCoin network for a new approach to the advertisement. But so far, it looks like Brave is on the right track and shows a potential that could quickly grow into a fully operational synergy of a software product, ad network, and finance distributor, all at the same time. The same initiative is believed that will eventually transform online gaming, but now, it looks like advertisement gained the inside track.

Unlike E-Sports and other gaming ventures that will probably also soon start using BitCoin as a core mechanism of user retention, advertisement, at least, when it comes to Brave, seem like it is only months away from a finalized, market-ready product.

All this means that the entire paradigm of advertisement could be changed drastically. Things like betting online using BitCoin, shopping items or anything else could be promoted in this fashion. There are literally no boundaries what this method might promote, making it the same as any other online advertisement option.

Of course, the advantages this could bring to the BitCoin network are staggering. Here, it would serve as a sort of a silent partner, but indirectly, Brave and other systems like it could explode its user base. Even though the process will most likely be restricted to certain Western nations at its beginning phases, a worldwide launch could easily produce millions of new BTC digital wallets in a matter of weeks.

Because of this, it might turn out to be that a reverse advertisement scheme could be something of a gift to the BitCoin network, even though its community did not do anything to build it. But, developments like this only underline the need for the same community to reach a resolution on the block size issue as fast as possible. Apparently, many parties are already counting on the digital currency and especially its microtransaction potential, so an end to the block size is more than desirable at this point.