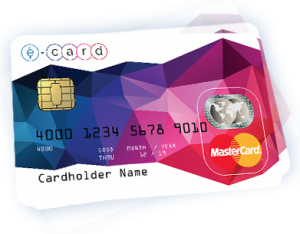 It seems that the domain of BitCoin received a huge ally in its quest to become recognized as a legitimate transnational digital currency. This ally comes in the form of E-Coin service and an ATM-ready BitCoin Debit Card, which represents an incredible leap forward for this blossoming cryptocurrency.

The same possibility was developed by the Wirex Limited Company and with it, the users will finally get a chance to utilize BitCoin as any other currency in the world and also attain access to something that was seen as a holy grail of digital currencies just a couple of years back – a fully working ATM card that can cash out BitCoins into other currencies, including the US dollar, the British pound and the Euro.

Even though this prospect seems far-fetched or something that was not supposed to happen just yet, the BitCoin ATM card is here. BitCoin Debit Card & Multi-Sig Wallet has the power to truly change the lives of those who use BitCoin or plan to start and here are the main reasons why this cryptocurrency development is exceedingly important.

The Acceptance of Digital Currencies – A Slow Train Coming

Using cryptocurrencies is without any doubt one of the hallmarks of the upcoming chapter in the digital era. Just like the notion of online shopping gradually started to enter the domain of public awareness in the late 1990’s, even though it had been around several years before that, it appears that now, digital currencies are starting to do the same.

Unlike a passing interest that BitCoin held just a few years ago, today the same cryptocurrency is taken a lot more seriously, and not just by the investors and leaders in the tech industry. Now, it is abundantly clear that more and more ordinary citizens all over the world are beginning to take an interest in it.

This is completely understandable. Like any other currency, traditional or digital, BitCoin provides its owners with the means of acquiring a range of services and commodities. For example, several online casinos have already created a large user base of people who bet using this cryptocurrency.

Others, however, acquired BitCoin as a form of investment and utilize it like they would a stock or bond while they try to make a profit on the changes in the global markets. All of this means that gradually, BitCoin is becoming just another form of currency, which is something that its creators and early adopters always wanted.

The BitCoin Debit Card and its Multi-Sig Wallet are one of the strongest indicators that this process is shifting from a relatively small circle of users to a lot bigger population looking for an alternative to the traditional currency. Here are the essential facts about the same card and why it represents a great possibility for those who want to seamlessly bridge the domains of BitCoin and regular nationally-based currencies.

One of the key advantages of this service is its simplicity. The BitCoin Debit Card works like any other traditional bank-issued card, but with the difference of being supplied by the digital currency of the users. With it, users can instantly get access to the conversion of cryptocurrency funds into fiat including USD, GBP, and EUR while additional currencies will be coming in the near future.

It carries no hidden fees, and it can be acquired in both virtual form and as a physical plastic card. The same card is accepted by more than 30 million retail and service providers and a staggering 25 million ATM’s. The company behind the card ships it to more than 150 countries and it can be used wherever a MasterCard and VISA are accepted. The speed of the platform that utilized the same system performs loading exceedingly fast so that the card can be refilled in a blink of an eye.

Using a multi-sig technology, the holdings of the BitCoin users who have this card are completely secure. Like other blockchain-based solutions, this BitCoin Debit Card is protected by several layers of signature security, which means that any transaction is checked and rechecked by the global system to determine its validity.

With it, a transaction from a digital BitCoin wallet is demanding a signing of the same protocol by all parties that are involved in the process. This means that even a direct incursion into the platform’s databases would not be able to clear funds from any wallet.

Additionally, the users are assigned 3 personal keys for their wallets and these are generated and stored on a different location, protecting against fraud and theft. The quality of this system is guaranteed by BitGo, one of the leading players in the domain of cryptocurrency security.

The process of account verification includes only sending the company a scan of the user’s ID along with a proof of their address, which will then lead to a verified status and practically unlimited features of the BitCoin Debit Card.

With this status, the users can load up to 20,000 US dollars and withdraw 3,000 in cash daily. When it comes to spending funds online, there are no limits whatsoever. The virtual card is available instantaneously after the activation of the account has taken place and the plastic E-card will be issued within several days after the order has been made.

Once this first step is completed, the users can send their documents immediately and begin the verification process, meaning that there is absolutely no lag time in between opening an account and verifying it.

With the BitCoin Debit Card, Wirex Limited made sure that everything can be resolved using personal online tools like mobile devices and computers. With their upcoming mobile app, the entire account can be managed from a smartphone.

With the app, users can buy or even send BitCoin constantly and do this every day of the year. The E-Card can be loaded from the smartphone using the app, and transaction listings are also available in seconds. The app can be also used to send and receive funds using its fully secured network.

This option will be great news for a range of people, starting with E-Sports fans that need to make a quick bet, to professionals who can use the app to receive payments. This brilliant app will soon be coming to both Google Play and iTunes.

The Wirex Limited offer can really be described as revolutionary and their BitCoin Debit Card is a unique opportunity for all BitCoin users. As it gains traction, so will the very digital currency it supports begin to reach more and more new users, which is great news for all those who are involved in BitCoin.