Opinion BitCoin as a Donation Means in the US Presidential Elections 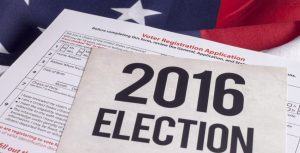 The 2016 presidential elections in the US will be like no election seen before, or at least in the last 50 years. With Donald Trump as the presumptive nominee of the Republican Party and the Democrats still waging a battle between two very opposite candidates, the primary elections have gathered the attention of the entire world. Generally, US presidential elections are a series of events that attain a huge amount of media coverage, but now, with more than six months until the actual voting begin, the news is already saturated with information on this topic.

Much of this has to do with the current key man in the Republican Party and the way he shaped the process inside of his political corner, practically bringing it to an edge of collapse. In the other big US party, the schism between Bernie Sanders and Hillary Clinton grows wider as the Democrat division becomes apparent as well. But, in this climate of bombastic headlines and childish rhetoric, a lot of the media oxygen has been sucked from other important issues.

One of these is the process of funding of the candidates. Here, an interesting topic opens itself first and foremost because, for the first time in history, the last three figures standing have all a widely different method of gathering funds for their campaigns. An additional fact that is exceedingly interesting is the role of BitCoin in the same donation and fundraising process, along with some key legal decision that took place in 2014 which allowed the cryptocurrency to enter the fold.

Two years ago, the U.S. Federal Election Committee (FCE), an organization that is tasked with regulation of the finance laws related to political campaigns, made a decision regarding the use of BitCoin when it comes to donations to political action committees. Through a unanimous vote, the FCE ruled that committees could accept BTC donations coming from individuals. The limit for this type of donation was set at $100 for an individual election cycle.

But, interestingly, the FCE also ruled that the committees had a complete liberty to purchase BTC for any purpose, including promoting their candidate. But, the ruling was also combined with the requirement that states that a committee has to sell the BTC it purchased and deposit the funds into the official depository before they can spend the same funds. This equates to the fact that the FCE ruling stopped the campaigns from using BTC to purchase any campaign services or goods directly.

The paradoxical ruling means that, in theory, committees are encouraged to purchase BTC and try to manage them so that they attain a profit in the form of a traditional currency. This way, the same digital currency becomes something similar to a stock that is in the possession of the campaign and which is used to generate profit, instead of using it as a regular currency.

Aside from this, the 2014 ruling demanded that contributors of the BTC donation leave their address, name, occupation and their employer, along with the affirmation that they do own the cryptocurrency being donated. Here, unlike when it comes to other BTC uses, like using BitCoin to bet online, the main feature of the cryptocurrency, which is anonymity, is basically stripped away. While the FCE defined BTC as money, it also at the same time stepped back from this by saying that federal institutions do still not perceive it this way.

Essentially, the FCE ruling opened the way for BTC donation, but also hampered them through several constrictive measures, mainly by stopping committees from using them directly for purchases and by forcing the disclosure of individuals who make the contribution. At the same time, the super pack form of raising money is used by wealthy individuals and corporations to do the same, only in millions of dollars and while they remain completely anonymous to the public.

The three campaigns that are left standing in the race to the White House have a widely different method they employ to get to their funds. Hillary Clinton camp could be described as the only one that utilizes the classic approach from the 2008 and 2012 election cycle, which means that they draw their funds from a range of sources, but the main ones are the super packs and big individual donors, mainly billionaires and millionaires that support her cause.

Her rival in the primary elections, Bernie Sanders, chose a grassroots approach, which is they he called upon individuals and unions to make smaller contributions. Through strength in numbers, Sander committee managed to attain the biggest number of individual donations, keeping his campaign up and running. Out of all three, it is most likely that Sanders attained the most BTC out of all which were donated so far.

Finally, Trump’s strategy was all along the fact that he does not need any additional money and that his campaign is completely (or nearly so) self-funded. Through legal and media wrangling, this was shown to not be completely true, as his campaign is still actively raising money through contribution. But the truth is that he so far mostly depended on his own financial means and not the contribution to his campaign.

A BTC Chance for Sanders

There is little doubt that both Trump and Clinton would not show any substantial interests in the cryptocurrency as a means of raising funds. But, the restrictive phrasing of the FCE 2014 ruling leaves the most space to the Sanders campaign to utilize BTC to his advantage.

Even though his committee cannot use the digital currency to buy anything, there is no ruling forbidding them to use it to generate money. As BTC is doing really well in 2016, the contributions they generate so far could be placed on some form of manual or even automatic daily trading.

The same process could generate a profit which would not be substantial, but would work great in favor of Sanders’ image as an outsider to the Washington system. This would also provide him with a great PR chance to reach more people in the BitCoin community, but also related fields like the video game and E-Sports industry, showing them that he is interested in the new FinTech solutions and that he even employs them directly.

Ideally, the same would encourage additional BitCoin donations to be made to his campaign, enhancing his chances to try to stay afloat until the moment he could somehow capitalize on that, even though his chances are rapidly diminishing. Still, the same process would pave the way for future BitCoin use when it comes to fundraising for the US elections.