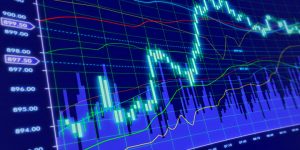 In an absolutely incredible year for the biggest cryptocurrency in the world, it appears that bitcoin is trying out for a new record. This time, the BTC price is climbing towards the $8,000 for a single bitcoin digital coin. For many, the events of the previous few months starting with the end of the winter showed that BTC really has the capacity for an incredible level of change across the board.

Now, the new mark is in the sight of the cryptocurrency changing value and both the development and crypto community are following it closely. Like always, the wider geopolitical environment is the main element that allows the completely free digital currency to shift in its price. Here is a breakdown of the most important happenings and a potential evaluation of that course of BTC price relater to all of these.

At this point, bitcoin, a digital currency used for anything ranging from investments to online betting, already established new records. It reached an all-time high price of $7,990 but stop short of climbing to the 8k range. In the same period, the cryptocurrency gained 4% of its overall value in just under 24 hours. BTC value, measured on a week-on-week basis, gained 12% percent.

All of this created an incredible V-shaped recover from the last week’s lows in trading that brought the price down to $5,500. Now, everyone, but traders especially, are trying hard to figure out whether or not will the same trend continue and when will the cryptocurrency reach the big resistance point.

The last bit of news showed that the investors are interested in the idea of moving their funds from bonds and equities and placing it into bitcoin. This sentiment is apparently strongly backed by the fact that CME Group announced it will feature bitcoin listing in the near future.

Additionally, inside of the digital currency development, many startups seem to be positioned well and one of the biggest companies in the domain, CoinBase, announced it will soon launch a product for institutional clients. Clearly, the market is taking all these news well and it is bracing for a climb of over 8k. Others, however, warn that there are good reasons why investors should be bullish in a cautious manner, especially because of global political problems.

The Middle East Gearing Up

Like often, the question of the Middle East and its complex political issues is heavy on the minds of all investors, including those in the digital community. This time, the main actor in the changes is Saudi Arabia, which was the country from which the premier of Lebanon made his public resignation knows, citing fears for his life.

The news came as a shock after a period of mutual accusation flying between Iran and Saudi Arabia over the war in Yemen. The situation sharply escalated when the Saudi air defenses downed a ballistic missile above the airspace of the Riyadh’s international airport. If the missile managed to avoid defenses and strike, the results could have been catastrophic.

The Yemenis Houthis fraction claimed responsibility for the attack and stated this is retaliation for the Saudi involvement in the country and their embargo, which has a devastating effect on the civilization population. Saudis however quickly sidelined this and began shifting their rhetoric to Iran as the backer and supplier of Houthis rebels.

Iran did not shy away from the confrontational attitude, stating that the Kingdom stands no chance in an open war with the Islamic Republic, which is something with which many analysts concur. But, any potential conflict on this level would, regardless of the outcome, shake the world’s economy like nothing after 9/11. Naturally, the investors are cautious about any future development and how it will translate into the market performances.

With the political standoff becoming more and more like a crisis of relations between the two dominant Middle Eastern nations, the prices of oil began to take notice. The commodity started to climb with some warning that it could reach a drastically higher price.

Saudi Arabia is the top exporter of all products related to the development of crude oil and Iran has a similar position, although with less developed refining potential. Because of this, a conflict would be devastating for the oil market, especially with another big producer, Venezuela, in difficulties of its own.

The prices would impact the growth figures around the world and the currently lagging development, especially in China, would impact the state of the global economy. No amount of digital development, like eSports expansion or new online services, would compensate for this. The consequences could lead to a lose-lose scenario and the definite nightmare option is the US getting involved on the Saudi side. The split that would this create could truly devastate the global economy in a way that would be nothing short of catastrophic.

Thanks to the uncertainty related to the Middle East and a good showing in the cryptocurrency domain, there is a certainty that the global market cap of the entire ecosystem will continue to rise. In this constellation, bitcoin will certainly reach the 8k mark and go somewhere over it in the run-up to the New Year.

But, the hedge seems to be the dominant reason why investors reach for the cryptocurrency domain. The geopolitical environment is such that problematic events could flare up overnight and result in huge turmoil in the traditional markets. Having a cryptocurrency hedge allows for the investors to protect themselves and even end up making a profit in that particular domain, compensating other loses.

It seems that the digital currency market participants realize this trend is strong right now, so they are betting on the same push to carry BTC higher. Naturally, as this occurs, the analysis in mass media aimed at painting digital currency as a bubble will only add to the chaotic nature of significant crypto price changes.

Now, as the same so-called bubble once again fails to burst, the investors stand a chance to win big on the tailwind of events in the Middle East, even though the same event could be really bad news for practically everyone else.