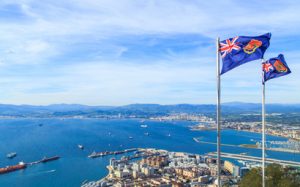 The struggle of BitCoin for a dose of legitimacy is something that is very relevant in the community. This push began in 2013 when the network survived the plunge in value and the subsequent disbandment of Mt. Gox, which presented a clear proof to both users and non-users of this digital currency that is, has a lot of fight in it. Instead of going under and simply stopping to exist, BitCoin gradually pulled itself from the same tremor and once again began expanding.

In this process, many saw what was essentially the full-package currency, which just happens to be non-national and non-physical. Like any other currency, it is bound to have its ups and downs, but it continues to operate nevertheless. While this was clear for many individuals, both those who are active in the community and ordinary users who might employ BTC to bet online or something else from the consumer domain, the public failed to permanently label the network.

From a criminal venture (which was disproven time and time again) to a hermetic tech-only society, mass media and even government structures could not come to a solid agreement about BitCoin. Because of this, attaining legitimacy, even though a countless number of individuals and companies successfully run their business using BTC, continues to be a complicated endeavor.

But now, it appears that a new step on the same path has been taken and this took place in Gibraltar. This British overseas territory recently decided to start listing a BitCoin-related financial product on its private stock exchange, which is very important for the network and its future ambitions for development and expansion.

A Big Move on a Small Territory

Even though Gibraltar is exceedingly small, the decision made by its regulatory and judicial system was huge. Now, its private stock exchange is adding an ETI (exchange traded instrument) which is invested in the BitCoin network. The BitcoinETI, as the Gibraltar Stock Exchange recently announced, is going to be issued by a company called iStructure PCC PLC. This company is also based in the same location and Revoltura Limited and Argentarius ETI Management are being involved in the process from the insurance perspective.

The exchange published that it was the move was the first of its kind that was taken on the European territory while the ETI is also co-listed by Deutsche Börse, a marketplace organizer, which still needs to confirm fully its participation. However, there is even more good news for the BitCoin network coming from Gibraltar.

The Bitcoin ETI is supported by the local regularity bodies of the territory. One of the companies that are backing the products claims that this is only one of the products that are being devised for a pipeline that will connect the exchange with digital currencies.

The high-level of movement involvement is plainly seen in the statement made by Albert Isola, the Financial Services and Gaming minister of Gibraltar. According to him, the territory will continue to work with the private companies and the entire private sectors with the purpose of defining the regulatory environment that is appropriate for all participants.

He believes that the launch of the mentioned ETI is a clear example of the Gibraltar’s determination to have partners from a range of different fields of FinTech, while at the same time they deliver speed and innovation to the market. The move comes after months of development that were announced by took place behind closed doors.

But, it appears that the same process was more than successful, especially because of the fact that government and private financial bodies came together to show their support for the project’s completion. Now, as the future development is about to commence on making the same pipeline even more diverse, what are the wider implications of the ETI listing.

The Gibraltar Stock Exchange is not an old structure. In fact, it was founded only two years ago, in 2014. In spite of this, the implications of the decision are exceedingly important. Here, one of the key points is the fact that Gibraltar is a part of the UK, one of the most important financial markets in the world. While there are many checks and mechanism which stop any ruling from the Gibraltar government being valid in the rest of the UK, the development could be seen as a silent entrance of the digital currency into the EU dominion.

A similar event took place some months ago i Luxembourg. Since then, there has been no news about it, meaning that the process there is running smoothly and that the BTC is operating as a tradable currency. So, no matter how fresh the Gibraltar Stock Exchange might seem, the inclusion of a BitCoin-related element is very important because it works itself into the narrative which desires to make digital currencies into a financial elements like any other on the market.

The potential for the same ETI to gain further penetration into the UK market realistically is not big, but there is a definite forward momentum. The BitCoin community should capitalize on it by making subsequent deals with any other institutions which are willing to entertain the idea of embracing digital currency opportunities.

There is another element to the same news – the developments on the geopolitical stage in the last year show a huge level of uncertainty. BitCoin, which was always seen as a fringe endeavor, now finds itself in the position where being fringe means being more secure in the event of big upheaval.

It could be argued that the Gibraltar Stock Exchange is simply thinking ahead of the pack and moving towards any alternative that could “diversify its portfolio”. This does not only include BitCoin but any other FinTech advancing that could be useful and insulating during uncertain times.

But, this in no way diminishes the importance of this event. Similar to E-Sports and many more forms of digital ventures, the acquisition can come about thanks to a range of different reasons, but when it does, the home venture profits from this.

In fact, it would be wise of the BitCoin development companies to embrace the same idea and allow the image of the digital currency to become a lot more legitimate, but also to be seen as a safe harbor in turbulent times. This would allow the network to continue to expand side-by-side with the traditional financial services, even if they might be entering a state of prolonged crisis.