Industry News Bitcoin is building up Momentum through Institutional Investment 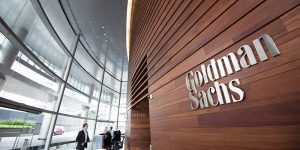 The price of BTC has been floating around the $7,000 for the better part of the previous week. This follows a sell-off that took place during the short bull run of the late July. This is, in general, the return to the overall trend of the current year, which began in February with the drop of the big gains of the late 2017 and early 2018.

Not that long ago, many investment gurus and analysts were predicting new records for this year when it comes to BTC prices, which is widely used today for anything between mainstream investments and cryptocurrency online betting. However the price peak not only did not materialize, but they also gave way to a new downward trend.

But, there appears to be something new on the horizon that could signal the building of the momentum towards a new and prolonged bull run. The same news comes from the mainstream financial institution and carries with it not just a famous name, but a very serious entrance into the crypto market.

The giant banking company from the New York City is no stranger to the discussion about the cryptocurrency possibilities. Now, it appears that the same banking firm is thinking about entering the crypto market on their own. A recent Bloomberg report shows that the company is considering holding cryptocurrency securities and bitcoin on behalf of fund owners. This comes, according to Goldman Sachs, because of the client interest in a range of digital products and the company’s desire to find ways to best serve their interests in the same space.

Yet, the company has so far failed to reach any concrete conclusion on the issue of whether or not should it enter the digital currency space and if yes, using which funds and which crypto tokens. In any case, the prospect is very interesting not just for the possible investments from the clients of the bank, but because it has a substantial impact on the whole market.

In the case Goldman decides to hold the same securities on the fund’s behalf, it would be able to mitigate the risks for their clients. These risks are one of the key reasons why so many potential investors decide to stay away from both BTC and cryptocurrencies in general. Also, a lot of those active in the crypto community was hoping to see some good news from the appointment of the bank’s new CEO.

The man in question is David Solomon and he said back in June that the bank is looking into the possibility of adding a service that covers bitcoin and other cryptocurrencies. The move, if it takes place, will see the bank coming to the same playing field as Bank of New York Mellon, Northern Trust, JPMorgan Chase and Nomura from Japan. All of those are looking at offers of custody for client’s crypto funds.

This news is only the latest piece in a jigsaw puzzle where numerous reports have pointed towards big financial institutions starting to gear up their services to the crypto market. Of course, the biggest jack in the box of this process in the US Securities and Exchange Commission’s decision related to the BTC exchange-traded fund (ETF).

According to the latest reports, this could come before the end of the month. However, some fear that the same final decision will be pushed back to 2019, possibly even its Q2 or Q3. In any case, there is clearly some high-level interest cropping up for bitcoin and not all of it is coming from the financial giants.

For example, coffee chain Starbucks is apparently interested in taking on the possibility of letting customers pay in bitcoin and other cryptocurrencies. Because of this, it has partnered up with Intercontinental Exchange (ICE), Microsoft and Boston Consulting Group, all with the purpose of launching their own digital platform called Bakkt.

Additionally, BlackRock, the biggest asset manager organization in the world, revealed in July that they are interested in bitcoin and cryptocurrencies. Their CEO Larry Fink simply stated that the company is looking at this possibility. Even with this short statement, there is no dilemma whether or not these companies are looking for a way to get a piece of the crypto action. In case of the huge financial companies, this piece could be potentially worth billions of US dollars further down the line.

For most cryptocurrency investors, the question is when will the prices bounce back once these companies, or at least some of them, officially accept they are now in the crypto field. The answer is sadly that these two things are not directly connected. Right now, there are too many moving parts for any of these companies to make the ultimate difference in the long run. Of course, the price of BTC and any other crypto asset would go up if, for example, Goldman Sachs really does enter the crypto asset management field.

But will this result in a prolonged bull run towards the record highs of 2017? Almost certainly it will not. It seems that right now, the institutional investment in the cryptocurrency space is more of an enforcer of the current price levels, mainly because they would dispel any long-term doubts about this domain.

As with many other modern ventures like eSports, the challenge is not to always grow, but to fight those moments that can produce lasting damage to a particular brand. Clearly, the decision of the Securities and Exchange Commission will have the biggest impact, but the ecosystem as a whole will neither sink nor launch itself into space because of the entrance of financial institutions.

However, in spite of this, it is easily understandable why so many individuals, especially those holding crypto funds, are hoping that the institutional attention will eventually boost the token prices as well. The longevity and further impact of these developments, when they come, will likely disappoint most of those who are eager to see the crypto assets break new records because of that.