Opinion Bitcoin Mining as an Energy Industry Side Gig 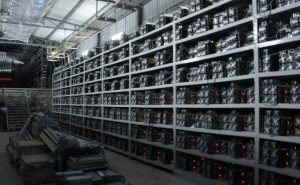 Unlike the concept of bitcoin investing, the idea of bitcoin mining is truly something that ebbs and flows over the years. Investing might have its spikes and downward spirals related to general price movements in the bitcoin network, for example, or the market cap numbers at any given point. However, even when these are not at the forefront of any discussion in the mainstream media, a number of individuals and even businesses decided to go into crypto with some fiat funds.

The same does not regularly occur for crypto mining. In fact, this activity has seen huge changes in general trends just during this short decade since bitcoin began working. Today, it might seem that mining is all but spoken for by a small number of mining companies and miner pools that hold all of the cards. This is also evident in any expansion project that mostly aims to utilize low electricity prices with an abundance of natural cooling.

However, there are also some shifting paradigms in the energy industry that might result in some major mining disruption in the time to come. While this trend is presently not exactly steamrolling ahead or anything like that, it is still an interesting development that is apparently just starting to leave its mark on both the crypto industry but the energy producing sector as a whole.

A recent news from the US showed a brief glimpse into the potentially growing domain of business connected with power generation. A power plant in the upstate New York has been using its own supply of power to mine bitcoin. The same business is doing this on an industrial scale. The plant is called Greenidge Generation and it is a natural gas facility.

It is located in the Finger Lakes region, near the town of Dresden. It announced that it managed to install a mining farm right in its facility. The farm includes almost 7,000 individual rigs and gets its power from the electricity the plant generates. The rigs combined have a hashing potential that is very impressive. The plant said that their miners can generate about 5.5 BTC every day. This is about 50,000 USD in current price.

This sum is no spare change. On a monthly level, this ends up being around 1.5 million USD in BTC tokens. To do that, it is employing what is called the “behind the meter” electrical power. It is generated and provided using the basic costs and nothing more. This allows the price to be at the bare minimum. Thanks to the same power, the Greenidge can now gain unique exposures to two different industries. The first is the energy market which they are a part of, while the cryptocurrencies are now their secondary market.

Naturally, getting that piece of the crypto pie is something that most businesses would love to have if it just came to them for the blue. However, all such ventures are based on just cheap electricity but also millions of USD in investments in mining rigs. In the case of Greenidge, their server farm was created as a part of a renovation project that cost 65 million USD.

It transformed the plant from a business that used coal to a setup that employs natural gas. Besides this, the plant also included the physical equipment needed to power and operate crypto mining rigs. So, the profits that the mining rigs create have been all preceded by a huge investment in infrastructure. Still, the operator experts believe that the farm will remain in the profit margins even when the halving takes place in the bitcoin network in May of this year.

The plant began operating in 1937. Previously it used to work only during its peak periods – mostly during the winter and summer months. Now, however, with the mining segment of the business, it can operate year-round. The process of installing all mining rigs took four months. Presently, its power consumption stands at 15 megawatts.

The overall output of the facility is at about 106 megawatts. The same power is enough to supply about 11,000 US homes with average consumption. While this might seem like an enormous amount of energy to be inserted in crypto mining in a country like the US, the people behind the Greenidge plant clearly believe they have a solid business concept. The same goes for their backers and investors who had to pledge substantial sums to the plan.

With the Greenidge example, the issue arises whether or not all power plants should consider this type of add-on side business. The funding should not be an issue because most believe presently that the crypto field has a lot of potential. A similar thing applies to the price of both BTC and electricity. While there are no guarantees about the price of BTC token, the price of electricity is far more predictable.

Greenidge and others businesses like this are likely created with a long-term plan related to energy consumption and the price of power. Without such plan, any major business move forward would not find backing in the investment community, no matter if it is or is not crypto-related. This is as true in the power-generating community as it is in the esports business, for example. Furthermore, there are businesses where the environmental factors, like a naturally colder climate, would be able to additionally help the price of BTC mining. The same is true for renewable sources like solar or wind.

However, the main obstacle to the introduction of mining on a broader scale is the mindset of the management. As long as most perceive such a venture as something highly risky and unpredictable, they will steer clear of any such possibility. This is why it is the job of those who are more knowledgeable about crypto to try and win over others in the same power companies who are not. Without a general grassroots support for this kind of cross-industry effort, most power plants will not take the Greenidge route in the near future.