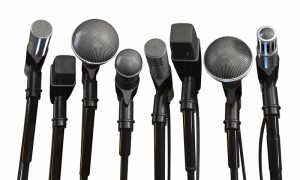 This promotion covers every imaginable process of communication, from word of mouth to global advertising campaigns and everything in-between. Since the beginning of the 20th century, the field of marketing has begun to place more and more attention to the way consumers attain certain products. Now, marketing departments of large companies are so powerful that they can actually define the final product more than the initial design teams.

For example, an AAA game release will spend a certain sum on the actual development of the game, and then spend an equal or bigger amount on its promotional process. The idea is that the same promotion will not only help the sales figures but also build a community around it, which will then acquire merchandise, push the release into the domain of E-Sports and do much more that will enhance its profit and ROI.

BitCoin is a digital currency that is unlike anything that the world has seen before. With it, people can do amazing things, like making transfers that are completely free of any type of fee, while at the same time, their ledger is made out of the computers who provide it with its hashing power. But, even though BitCoin is so distinctive and unique, it is still a product, even though a digital one.

All digital products require a promotional process to be successful. For BitCoin, a simple word of mouth has done this successfully ever since its launch. But now, the network, or, at least, those who are actively included in the development process of its software applications, want to see BitCoin grow. While all of these companies, either as fully-fledged businesses or startups, are involved in their own promotional campaigns, no one is promoting the actual overall network.

Because of this problem, the question of network-wide promotion arises. How should this be provided and what method should be used? Aside from things like industry-level cooperation, this article will examine the possibilities of going with celebrity promoters in a similar manner to having star spokesmen for any brand. Here are the key ideas about this possibility and reasons why it could positively impact the network as a whole.

Why go for the Individuals?

Many might wonder what would be the point of hiring someone who is famous for some reason to the general public. After all, BitCoin is a relatively specific product that caters to those who are looking for a method of money transactions which are not tied to some central national bank.

But, having a human face means having a connection and for any brand, this is crucial for both engagement and acquisition. Currently, BitCoin needs both and these will be delivered by individuals, not more developers or mining pools.

When a brand is in trouble, especially if it suffers from a bad image, having the right celebrity is often the ideal remedy. In general, people are drawn to the famous and successful individuals in practically any culture in the world, even when this status is related to semi-obscure fields of activity. On the other hand, universal pop-culture celebrities are mostly those who attained success in domains of arts or sports.

Consumer goods often go for these types of spokesperson. For example, soft drink makers will often choose athletes while clothing brands tend to go for actors and other movie stars. Here, BitCoin could profit from creating a relationship with one of these famous people and making them into a spokesperson for the same digital currency.

However, because of the niche audience which still makes up the majority of the BitCoin users, this approach in the short term lacks the desired impact. While many individuals use BitCoin for everyday things, like employing BTC to bet online, it still represents an audience far smaller than any global brand, even those operating in niche fields.

Because of this, a pop-culture celebrity could be a great addition to a push to expand the future user base to a global level, but for now, they would most likely have a marginal impact.

BitCoin was always a source of fascination in the tech community, even when individuals did not agree with some or all of its principles. But, the same community, especially since the rise of the Silicon Valley, is exceedingly interested in hearing what its leaders have to say. Here, the biggest spokesperson potential for BitCoin can be found.

Instead of going for global brand recognition of a celebrity, a person known in the tech circles would be an ideal candidate for spreading the word about BitCoin. The person in question does not need to have an ongoing engagement in the tech industry, but could be, for example, a veteran developer who is revered in the tech and IT domains.

By getting that person to promote the BitCoin network, the message would be shaped ideally for the first wave of expansion – tech-friendly individuals who are still on the fence about acquiring some BTC. A person they know and trust would be a perfect way to help them make the right decision. Additionally, because of the sheer effectiveness of the BitCoin network, the spokesperson from the tech domain could easily present all of its advantages to a crowd of similarly-minded people.

While finding the best candidate for this job would be relatively easy, getting them would not be. Here, the BitCoin network would have to devise a system of financing their engagement, which should not be too hard from a technical standpoint, but would most likely take a while to get a substantial number of people on board for the idea to work. From here, a patron or crowdfunding system could be used to keep the spokesperson up and about, telling people about the wonders of BitCoin.

Of course, if a single entity, for example, a mining pool, decided to do this on their own, nothing could stop them as long as they sponsored the said person. However, the rest of the network would most likely be suspicious about this type of unilateral move.

That is why a level of cohesiveness is needed for the BitCoin community to come together, find the candidate and task him or her with spreading the word about the network.