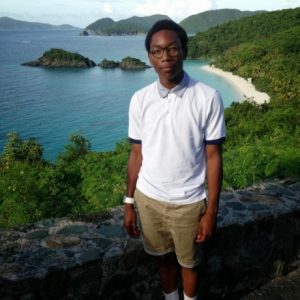 Netflix, as one of the most famous TV show and movie streaming service, recently got into the headlines because of its decision to bump up the prices of subscription to particular areas. These included what surmounts to be their number one and number two markets – the US and the UK. With a price rise of between 10% and 20%, Netflix showed its thinking about boosting its profits.

In other words, their current system is failing to provide the needed funds, in spite of the fact that the service is widely popular and used across the globe. But Netflix, like many others, is struggling with the different aspects of the subscriber-based revenue system.

Now, a new potential solution for the subscription issue has been revealed and it is the related to bitcoin and blockchain tech. In fact, the key name behind this venture is well known in the digital currency development community. It is Olaoluwa “Laolu” Osunokun, who is one of the most important developers of the Lightning Network.

Here is some additional information on this process and the reasons why it could be very important for not just this streaming service but many other subscription-based solutions.

About a decade ago, the world of the content providers was trying hard to think of ways that their assets could be monetized. The premium system, in which users simply paid for the content they accessed, like for example pay-per-view movies, was slowly dying out.

The biggest pressure was exerted from the domain of online piracy. With the spread of the broadband internet and the higher rates of connectivity between different regions, the wealthy parts of the world could suddenly attain things from the developing nations. One of the most sought-after things that came from destinations like Russia, China or Malaysia was pirated digital content.

What was once only the problem for the music industry and the dreaded MP3 format, now suddenly became an issue for anyone with any popular digital product. With another example of P2P technology, which suddenly became a household phenomenon just like eSports or social media, getting pirated content was easier than ever before.

With this going on, content providers slowly accepted that the old method of monetization is no longer functional. Instead, they latched onto the idea of appealing to the customers’ sense of convenience. This slowly led to the start of streaming services like Netflix, Hulu, and many other ones.

Payment was determined to be subscription-based – users paid for unlimited access (regulated only by the geographical region in which they resided) and for it, they could watch or listen whatever they wanted, as much as they wanted. For a better part of the decade, the problem seemed to be solved as these companies, followed by music streaming services, attained a huge reach and became very popular with the customers.

However, the calm seas did not last for the content providers. The online dynamic influenced other, smaller and bolder companies, to experiment further with the method of monetization, trying to outflank the big players.

Additionally, the sheer number of services skyrocketed to a point where even old-school content providers like HBO entered the frame. Recent Star Trek: Discovery, the first new TV show in this famous fictional universe in the last 12 years is a good example. To watch it, people need to subscribe to CBS All Access, which many did not even know it existed.

It is also important to mention changes in the financial models that produce the same content. The new financing and production methods for much of the video content (TV shows and movies) allowed for the creation of exceedingly popular products using only a fraction of what Netflix spends on any of their shows. This once again placed the subscription system under pressure and it was clear that something should be done.

Using the blockchain system of bitcoin, Osunokun is trying to develop a video app that would be a huge disruptor in the current digital advertising model. He believes that the same system could be built and launched today because all the necessary tools are already here. The opening for his vision came with the SegWit protocol being activated in August, which put the Lightning Network closer to its launch.

Once it is operational, it will be able to process high volumes of relatively smaller transactions, something which is an issue for the basic bitcoin code. But even before this happens, many developers began creating apps that will be applying this principle.

Here, microtransactions stand as the main element, which are still mostly unattainable. However, with the Lighting Network, all of this could change.

Osunokun believes he is able to make a piece of data, for example, a video, that comes with a bounty that is on-chain or off-chain. By accessing it, users would not need to have their own login procedure but use their payment directly for the same content.

This way, they would not need to login anywhere while they still provide the same payment. Like with the subscription system a decade ago, the ease of use and the effectiveness of this method would be one of its major selling points.

The videos or any other content would also be distributed across a P2P network like BitTorrent or Block stack. This means that there would be no single server or storage facility that would house the file. Instead, they would be scattered across the peer-distributed network.

While the same concept is far from being presented to the public, Osunokun believes it has a future. Today, bitcoin is popular for a range of things, including everything from regular online shopping to digital gambling, but this method would allow for a payment procedure which is much easier than the current ones.

In fact, he is certain that many apps that use the Lightning Network will gradually appear. However, the same protocol still needs a lot of work in the coming months. Yet, if he and his team manage to find a working solution it will definitely have a huge impact on the way digital content is accessed and paid for.