Opinion The BitCoin Opportunity inside of the Tesla Motors Ecosystem 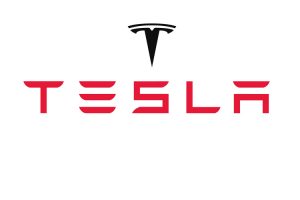 The mind of Elon Musk is without any doubt a very wide and open space where a lot of things are possible, including those which do not take place on this planet. This entrepreneur and company builder managed to become successful in a diverse set of industry fields, conquering the domains like online monetary services and orbital transport.

For many people, he is the personification of the real-life Tony Stark from the comic book Iron Man, mainly because he seems both determine to see his ventures succeed, but also to use them to change the world. Naturally, he is by no means alone in this category and there are many billionaires who are looking to make a change. But, while these might be more or less effective in their desired tasks, there is a public consensus that Musk might actually be able to change the way the world works.

Now, as the beginning of the third decade of the 21st century draws near, Musk’s plans are growing in scope and ambition. Aside from reaching Mars using his SpaceX Company in the next 10 years, the billionaire also invested heavily into his Tesla Motors company. The same business is like all other Musk ventures, a heavily developed brand but also one that seems only at the beginning of its true capacity.

Here, apart from the fact that a potential for a huge improvement in the way people create and utilize power, Musk holds a serious opportunity for the BitCoin network. Whether or not this potential is developed depends on a range of factors, but the chance that is in the same ecosystem is incredible and here are the main reasons why this is true.

Tesla Motors might be best known as an automotive company that produces electric vehicles, but the same has a much broader scope. In 2015, Musk showcased a device called the PowerWall which represents a smart, large-scale battery that can be used in private residents. With it, the consumers will get a chance to attain power accumulation that does not include a huge number of independently produced parts and custom solutions that require assembly from a third party service provider.

Instead, with the PowerWall, the users get a pretty much plug & play solution that requires only an external power source like solar panels. In the now already classical Elon Musk way, the same product does not bring anything revolutionary to the market from the technological standpoint.

But, through smart engineering and plenty of R&D, the company managed to place a product that is virtually in the category of its own. Additionally, the price tag of the PowerWall is its major selling point and the reason so many people, including those who have limited access to the stable electrical grid, seem to be very excited about the same opportunity.

In the BitCoin community, the PowerWall could be the ideal partner for many small-scale mining pools. Here, the biggest clients would be those miners who are located away from the huge population centers that are usually well-equipped with stable power. Thanks to the fact that the PowerWall units are infinitely scalable, they can be easily used in any industrial setting, including BitCoin mines.

Here, the key role of the representatives of the BitCoin community would be to try and use their influence to try and help Tesla Motors somehow work with BTC. This would be a huge task and almost certainly would not bear any fruit immediately, but once the initial foot is placed in the proverbial door, the link could be created. Through its growth, the PowerWall could attain one of its most important early adopter demographics and begin to ship out units all over the world to miners who desire to upgrade their workflow.

Elon Musk might dream big, but when it comes to finances, there is no doubt that he is a savvy and realistic leader. It is important to recognize that his initial success came from creating PayPal, which slowly became the biggest system for online transfers of money on the planet. Thanks to the funds he attains when he sold the company, Musk managed to pour the same resources into the then-young SpaceX.

In other words, Musk understands the power of money and the digital space in which it can be placed today without any hassle. But, his stance towards BitCoin is not easy to gauge. In some of his old interviews, he stated that he believed that BTC would be used in both legal and illegal transactions, which reality disproved some time ago. Instead of illegal ones, today the huge majority of BTC users employ it to purchase goods and services, bet online and do any other thing for which they previously used traditional currency.

But it is also clear that the opinions stated back then were not in any shape or form an in-depth view Musk had or presented. Today, with the clear signs that blockchain will play a huge role in virtually any domain taking place online which involves a group of users, Musk has to have a clearly defined approach on how it could be utilized inside of his own ventures. The task of the BitCoin network would have to be to try and make him incorporate the same digital currency into these plans.

Inching Towards the Goal

Clearly, Musk and Tesla Motors cannot be forced or coerced into doing anything, especially not by the BitCoin network, so the hammering of any potential deal would be slow and painstaking, even if the foot-in-the-door can be attained. But, there is a clear benefit on the side of the BitCoin network and it is the fact that the currency works.

Like E-Sports had to prove its worth by simply continuing to exist and now dying out, so did this digital currency prove its own value by not crumbling under different pressures over the years. Because of this, the objective of the BitCoin representatives would be to plant the idea that BTC is a good thing that is here to stay and then let it grow naturally.

The space for the cooperation between Musk’s ventures and BitCoin goes well beyond Tesla Motors. But for the present and near future, the BitCoin community would do well to focus on this notion and hope that Musk will eventually see the BTC light.