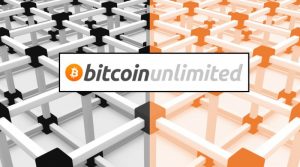 For more than a year, the bitcoin community has been harboring fears about the fact that the network could undergo a very complex and difficult upgrade of its software. However, recently, a group of developers who found themselves at the center of this issue set about to alleviate at least some of those fears. Here, the especially problematic point is the fact that this upgrade might prove to be very disruptive to the market and this is something everyone desires to avoid.

But, in this statement, Bitcoin Unlimited development team, which is just one of a number of groups who are trying to introduce new software to the bitcoin network, provided some fresh light on the matter. The group stated that it is encouraging all bitcoin exchanges to publish whichever blockchain is supported by the most proof of work as BTC.

Additionally, the group stated that it desires to improve the network anti-fragility traits and do this with the subsequent decentralization of the BTC. Here, Bitcoin Unlimited believes that one of the biggest hurdles is the central planning and that it should be taken out from the block size economics. But, there are also other aspects of the statement and some of them are very important for the future of the most widely used blockchain digital currency on the planet.

The group addressed the fact that there is the possibility, no matter how unlikely, that the blockchain will split, but that they are not concerned what exchanges chose to list, but they point out that the exchanges should observe the so-called Nakamoto Consensus. This states that the chain with the most proof-of-work data represents the bitcoin currency unit. Now, this unit is known as XBT or more widely known, BTC. But, the Bitcoin Unlimited group has to be prepared if there is a split in the blockchain that would end up as a situation where the market would have to decide which bitcoin is the most effective and because of that, also valuable in the long run.

However, this statement did not come from out of the blue. Recently, almost 20 BTC exchanges demanded a clarification of the event that the two competing BTC asset trading systems would arise on the same bitcoin structure. In other words, a new digital currency. Immediately, the bitcoin as it is known today would split into two different blockchains with different bitcoin assets. But, the exchanges also demanded an answer in the light of the fact that they do not possess the ability to wait for the winner to naturally emerge.

Instead, the pressure of the 24-hour market would force the issue in favor of one or the other. Naturally, any such move would most likely implode upon itself sooner or later, which is why exchanges want to avoid it at any cost.

The statement covered companies that provide services of selling and buying bitcoin, also indicated that they would designate the solution powered by Bitcoin Core as their BTC of choice. This includes the eventuality of the same solution generating less support from the miners hashing power than the Bitcoin Unlimited. Both software alternatives are designed to speed up and add transactions while at the same time, they work to enforce the history of transactions.

The statement was supposed to underline the fact that the companies are there to enforce and support the decisions of the free-market, as it was defined by the very defining concept of the bitcoin network. However, the preference for Bitcoin Core that will be providing regardless of the effectiveness of Bitcoin Unlimited paints a very different picture.

The issue at hand seems to be escalating not only when it comes to the technical elements but also the capacity for transparency that is embedded in the solutions and the ideology that fuels the decisions behind it. The statement in question here is a clear indication of the same problem – it underlines the basic uncertainty about who is the authority that enforces consensus on this issue. Because of this, while millions use bitcoin to trade, bet online and do much more, a split in the network would leave the world unsure who gets the BTC designation (if anyone at that matter).

Bitcoin Unlimited has a simple thesis – the miners provide the security element to the blockchain, which is why they should determine the outcome of the decision. But, at the same time, other argues that this measure will not be as easy to pull off as it looks.

Still, in spite of the heavy difference of opinions, most believe that these drastic measures are unlikely. Instead, it is easy to see that if a majority of miners migrate, the same path will be repeated by other miners, exchanges, wallets and finally, end users as well. Any other alternative would end up being very damaging to everyone in the chain of bitcoin ecosystem.

A Clash of Cultures

The comments that came from the Bitcoin Unlimited are a direct challenge to the members of the Bitcoin Core. Recently, some members of the community made it clear that the bitcoin economy, the system of wallets, users and exchanges, is the actual provider of value to the BTC. In this constellation, miners, who were originally envisioned to be computers of individual users, never supposed to be actors who can steer any network-wide decision. The same means that they should not be able to dictate the direction of the technology development.

On the other side of the argument, the position of miners is less clear. ViaBTC stated that most miner pools are continuing to operate in a mode best described as wait-and-see but that at the same time, most are keeping an eye on alternative software solutions. This trend is something that can be seen in other major network upgrades for decentralized organizations, including eSports competitions and similar ventures. So far, most mining companies have expressed an opinion that sways in the favor of software that would signal for larger blocks.

The same would then put pressure on miners in China, making the situation even more complicated. In this regard, the fact that Bitcoin Unlimited suffered two software bugs makes many wonder if the solution they offer has the ability to satisfy all the needs of the market.