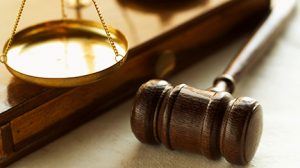 The Bitfinex story has been the dominant topic in the last few days through the crypto community. Many connected it directly with the slump in the crypto prices across the board. Unlike in many similar cases, there now seems to be a universal agreement that this is the direct cause. While the market might have stabilized after the first few drops, including those coming from the biggest cryptocurrencies like bitcoin and ethereum, the long-term implications are much more serious.

What is even more worrying is the fact that the Bitfinex case is widely connected with another notorious moment in crypto history – the Mt. Gox scandal. Now, several big parallels are being drowned that show these two have a range of similarities. In fact, anyone looking to understand what is happening with Bitfinex should understand what took place with Mt. Gox. Here is the breakdown of both situations and ways this could end up crashing down hard on the rest of the crypto community.

Both Tether cryptocurrency and Bitfinex are currently under investigation of the NYAG (New York Attorney General). In short, the Bitfinex company is a cryptocurrency exchange that is also the owner who controlled Tether. This token is the most popular of all stablecoins and its label on the exchanges in USDT. Now, the NYAG accused Bitfinex of a loss that exceeds $800 million.

It states that the exchange wanted to recoup the same losses using a tether, or by dipping into its reserve of USD, as it is under its own direct control. The problem is that this act renders Tether more or fewer values, being that it is a direct representation of that reserve. This is the basic setup of the token. However, if there is no cash or a lot less cash than people know and believe, the concept of Tether becomes essentially fully fraudulent.

The entire case was laid out in the NYAG filing that took place last week. At the end of the same legal document, the NYAG presented an ultimatum to Bitfinex. It asks the company to stop any further action to load, access, extended credit, pledge to encumber or make any similar transaction between itself and Tether.

The Lost of Money

The next logical question comes on naturally – how did Bitfinex manage to create losses of over $800 million. Many point to the relationship to the banks and this exchange, or better said, the lack of these relationships. Those who are in the crypto community for a longer period might feel that they already witnessed something very similar.

In the early crypto days, Mt. Gox was one of the big and most important crypto exchanges, especially for bitcoin transactions. But, the exchange also got into problems because of its banking relationship. In February of 2014, things came to a sudden escalation when the exchange stopped all of its trading processes. It filed for bankruptcy protection. At that moment, the exchange claimed that it lost over 620,000 BTC. Back then, a single bank in Japan that was dedicated to the exchange transaction was in the process of trying to close its account.

At the same time, not one US bank was willing to work with the company. This made the possibility of users’ sending cash back to their fiat accounts almost impossible. This way, the withdrawals too were not open to regular users. Users, in fact, had lagged for days and weeks before the exchange finally shut down. In the case of this exchange, the fallout from the drop lingered on for years and some of its elements continue today.

In the case of Bitfinex, a similar fate can be expected. This is according to some a complete disaster, but others believe that this is the ideal moment for the crypto community to do a bit of soul searching on some tough but clearly endemic issues that did not go away with age.

Today, unlike in 2013, the problem is the presence of a huge number of cryptocurrency exchanges that could be labeled as problematic. Failures of missing hundreds of millions of USD that simply vanished just represent the most prominent manifestation of the general problem. Now, five years later, the same type of issue raises its ugly head once again. For many in the community, this alone showcases the hurdles that are still ahead of the crypto markets, but which are not, like the problem of gauging the value of a particular cryptocurrency for example, on anyone’s daily radar.

On one hand, it is understandable that with the rise of crypto popularity, some new exchanges appeared on the scene. However, the industry is still very immature and objectively young. Like many other booming young ventures, including esports, for example, there are a lot of growing pains that have to be had. The issues that Bitfinex is experiencing cannot fall on deaf ears, just like those of Mt. Gox should not have fallen half a decade ago.

Bitfinex has to be a big learning opportunity for everyone in the cryptocurrency exchange system, including its buying and selling part, but also its service providing front. Clearly, any exchange that has no regular banking relationship will come under drastic pressure because of that at some point.

Because of the big problem with Bitfinex, other large traders began pulling their assets from other cryptocurrency exchanges in substantial amounts. As a direct result, the markets experienced a crash. Today, exchanges must start working and working hard on both custody for cryptocurrencies and compliance. The need to improve the layers of trust is paramount and it will be hard for the industry to grow without these.

Compliance has to cover staying in line with the general regulatory standards. Custody means having more security, regulatory, legal and finally financial experts making sure that the exchanges are operating in a valid environment. Naturally, crypto-anarchist is free to ignore all of that and operate outside of the fiat system completely. However, for major digital exchanges and all those who regularly trade with crypto and fiat at the same time, the rules remain the same and need to be respected to avoid the next Bitfinex scenario.