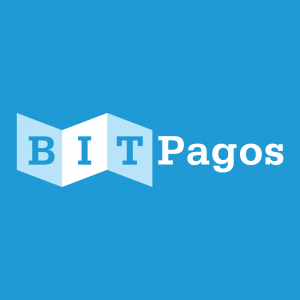 In many regards, the desire of the BitCoin network was always to produce an alternative for traditional fiat currencies. That is why today, people can open BTC digital wallets and transfer the same cryptocurrency to it, which can then be used for a range of things like shopping, betting online and practically anything else.

But, when it comes to the usability level of BTC in the traditional domains of banking service, the P2P network could not complete in many regards. Now, the barrier between these two areas decreased a bit with the BitPagos offer of credit to their users.

Here are the main reasons why this possibility is relevant to the entire BitCoin community, but also for anyone else looking to attain a viable alternative to regular banks and other financial institutions.

A BTC payment startup, this company began offering its registered wallet users a chance to attain credit loans using its Ripio digital wallet service. Currently, the offer is available for a number of users located in Argentina. They will be able to attain a loan worth between $500 and $100 BTC from these service providers while their credit will be extended through a calculation of their annual salary.

When it comes to paying back the loan, the users will be able to do this using either three-month or six-month installment, along with the designated interest rate. Basically, the offer is limited to a relatively small sum, but completely in line with regular loan providers. It utilizes the same mechanism and assessments while the closing of the loan takes place through the use of the classic banking process of payments.

Besides the fact that the loan is provided in BTC, the BitPagos offer is practically the same as any other line of credit available at the current financial institution, covering both banks with physical offices and online ones.

A Push into the Loan Market

Sebastian Serrano, the CEO of Ripio and BitPagos, explained that his team is determined to make the same digital currency a lot more accessible for all types of online customers. He underlined that currently if any BitCoin user owns a digital wallet, they are also a hold of some sorts of a debit card. The same card is used for making the payments because they are employed to fund the wallet by buying BTC. So, when users spend their funds, they are actually spending their fiat currencies or the money they already have.

Using the BitPagos offer, users are able to access funds from a credit line and not those monetary means they already possess. While it might seem like a novel way of funding a digital wallet, the previously mentioned system seems in a desperate need for an alternative. Now, users will not simply need to shuffle money from a traditional currency to a digital one, but attain the needed funds in the form of a BTC loan.

Aside from the fact that BitPagos provides services in line with the traditional loan mechanism, it also adds several important benefits to it. Unlike the traditional financial products, this offer does not require a bank account, credit card or any type of account maintenance fees. The last factor is important because many traditional small loans end up a bigger burden for the people who attain them thanks to these fees, which stack up along with the repayment interest.

BitPagos will not use any of these, making them very valuable in their niche market of customers looking for small loans. Also, the wider ecosystem of services in which these loans are provided is very appealing to the same targeted demographics.

After it was launched, Ripio began working with a group of select merchants and vendors with the purpose of testing their payments service. These include the locally-based startup dedicated to e-commerce called Avalancha, which started utilizing BTC payments in 2015.

The same startup will also provide a 10% to all customers who buy using credit in BTC, which is a serious incentive to switch to this currency. In fact, a similar move on a larger scale could trigger a growth in the number of end-user wallets, even though, thanks to its local reach, Avalancha will not be able to do the same at this moment.

According to Serrano, Ripio team has been developing their concept for more than 12 months. Now, he believes that the BitCoin community will accept this possibility as a new method of funding digital wallets. He said that his company was focused on a product that will resolve the problems people using BTC regularly encounter. This way, the same users of BitCoin will be able to access and utilize BTC in a more seamless manner.

It is also important to underline the caution with which the company approached the process. Instead of aiming big and going fast, they took their time to develop the service and then launched it in a very controlled manner to a small number of users. Additionally, they made sure with Avalancha that the service has an end goal which could attach future users.

All of this is essential for a growth of a serious link in the broader BitCoin financial chain. With loans in BitCoin, people all over the world could access funds and develop their small-scale projects without the need to run the bank gauntlet. Currently, many entrepreneurs with ideas have an exceedingly hard time to secure limited funds on their own.

For example, an organizer of an E-Sports tournament could in theory quickly attain the BTC for a prize pool which could then be covered through a combination of ticket sales and sponsorship. Additionally, some regions of the world simply lack this alternative altogether.

In this regard, it helps that BitPagos is being developed in a country that has a notorious financial system. With its great depression at the turn of the 21st century, Argentina had its share of troubles with the traditional financial sector. Now, a full BitCoin ecosystem has a chance of being accepted a lot faster than in countries where banking system did not have so many trials and tribulations.

If successful, BitPagos could provide a blueprint that any other company in the world could utilize. With a marketplace for BTC loans, they could become even more affordable through competition, granting people an offer of even better deals. But, for now, Ripio and BitPagos have to make sure that their service works well in Argentina and end up being a successful example.