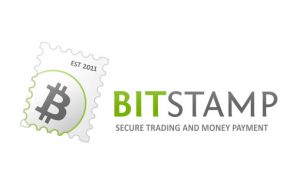 As one of the most prominent BTC exchanges in the world, Bitstamp has attained a huge boost both in terms of publicity and user acquisition opportunity when it got the license to operate as a payment institution or a PI that is fully recognized in Luxembourg.

In its statement, the company underlined how happy they were to call Bitstamp the first fully licensed exchange in Europe. The news comes after several weeks of rumors, which came from different sources and it now received a varying set of reactions from pundits and observers. Some point out that this development is also fantastic news for the industry that is still trying to shake off any public association that connects it with the crime world. This news, along with the recent establishment of the Global Blockchain Forum, points to a very positive period for the cryptocurrency’s image.

But, others see this as only the first step on the road to accessing the rest of the European Union with Bitstamp services. So far, positive voices appear to be leading the collective reactions, with Chris Skinner, the founder of a venture capital organization that is focused on blockchain technology, saying that the news offers evidence that there is an increasing acceptance in the world for digital currencies.

Michael Jackson, another industry expert and a partner in Mangrove Capital declared that the news should be perceived as a validation of the effort exerted by the Bitstamp team. But, in spite of an atmosphere of celebration, some wonder what obstacles are ahead for the same exchange company and the wider field of BitCoin as well.

The Value of Luxembourg License

Luxembourg is a really distinctive country in many regards. Because of this, many questioned the value of the license that was granted to Bitstamp. More importantly, the issue is will other countries, especially those in the EU, recognize this license and also see the company as a regular PI.

Adam Vaziri from the consulting company Diacle said that other EU countries might come to a conclusion that Bitstamp activities are not completely in line with their own regulation. In this case, there is a high chance of further negotiations, either individually with countries or with the core EU institutions that regulate this domain across the union.

The same news, however, came as Bitstamp began its EUR/BTC trading on their exchange. They also disclosed that their license would not go into full effect until July 1, 2016. In this timeframe, the company will definitely work hard to clear up any issues about its status in the rest of the EU and it need be, enter additional licensing procedures.

This development will be closely followed by industry leaders, but also by ordinary users who employ BitCoin for things like betting online and other similar things.

The Example of Circle

Most news outlets that deal with the issue of BTC compared the Bitstamp development with the license that Circle, a BitCoin-based payment service attained in April 2016. A big difference is the fact that Bitstamp will not be able to issue any electronic money. Instead, they will be, just like Circle, able to offer services in the countries covered by the European Economic Area. Both companies will only have to notify the regulators in the same countries.

This did not stop other experts from expressing their worry that the license is by no means a guarantee that other jurisdictions will recognize it. To make sure that this does not happen, Bitstamp will have to enter a phase many are calling passporting of the license to other nations in the EU. The upside for the company in this process is the fact that it comes as a much more simplified process compared to attaining a new license.

But still, the passporting will offer other countries a chance to run their own risk assessment, check the company based on their own standards and do other procedures that will determine if they recognize the license or decide not to do it. In terms of digital ventures, for example like E-Sports or retail of online commodities, this process is regularly observed to make sure that the same domain remains in the legal boundaries.

While European Economic Area is a unified block, there are plenty of differences between its members. For example, the UK views virtual currency transaction or exchanges as something that is outside of the PSD because, in its views, the primary purpose of these exchanges is not the process of provision of services in the payment domain. On the other hand, in Germany, BaFin deems virtual currency exchanges institutions that offer trading in the financial instruments.

But, Bitstamp is exceedingly optimistic about its potential in the EU. According to their statement, they believe that the rules of EU passporting make their licenses instantly valid in all member states. The company is definitely determined to project an image of a done deal, but behind closed doors, there is little doubt that they will fight tooth and nail to get the licenses validated across the union.

So, while the public stance might be brimming with confidence, the internal structure is most likely gearing up to support the passporting process however it can.

There is a part of the financial ecosystem that is not directly impacted by this development and it is the EU trading market. It is likely that it will perceive EUR/BTC trading pair as a form of competition. The same domain is currently dominated by Kraken, which is the US-based exchange that is the leader in the same field with a daily trade of 6,400 BTC. Aside from it, there are also CoinBase and itBit, but their trade volumes are about a half of what Kraken attains on a daily basis.

The Whale Club, a BTC trading network, suggested that the license will not help a lot in attracting any significant attention to the Bitstamp exchange. According to them, the exchange has been falling out of favor with many active daily trades because it lacks a lot of compelling features.

Currently, the Bitstamp is the 4th largest BTC/USD exchange operating in the world, but it has arguably attained the peak attention in 2014 when Mt Gox imploded. In that point in time, Bitstamp emerged as the leader in the domain of global exchange. Since then, it has returned to the negative limelight in 2015 when a cyberattack made it loose $5.

Today, however, there is plenty of evidence that the exchange has been steadily falling out of favor since, so there is probably a lot riding on this news when it comes to the company’s outlook for the future. For now, the news could be the ideal shot in the arm for a bigger overhaul of its service and thus a way of not just attracting users but also keeping them on their trading platform.