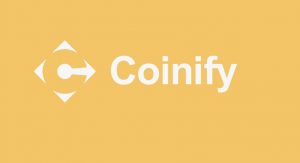 One of the key elements in the bitcoin ecosystem is the user ability to store the funds in this digital currency. For this, a digital wallet is employed and the same feature is currently used by tens of millions of users and companies around the globe. With it, they are able to do things like purchase goods or services, bet online using BTC and a range of other things.

In many ways, it is the digital wallet that allowed bitcoin to really start to gain traction between ordinary users and companies alike. Now, one of the biggest players in the wallet sub-industry has announced it is launching a new feature. The company in question is Blockchain and the feature they present is the ability of their wallet holders to purchase bitcoin using an embedded option.

The news describes the current movement in the bitcoin community as well as the path forward when it comes to this company. Here are the details of the announcement and the potential ways how this could reverberate inside of the FinTech industry.

Blockchain did not venture into the same process alone. They created a partnership with Coinify, a payment startup that is providing very useful for both parties. Recently, Blockchain announced that they are beta testing the purchase option using an in-wallet technology. With it, the users of this popular bitcoin service would be able to purchase bitcoin directly, without the use of a third-party digital currency exchange.

Coinify, which is based in Denmark, as of now operates in over 30 countries in the region of Europe. The joint announcement represents the first step in the Coinify-Blockchain cooperation and comes in the form of an invite-only basis, covering mainly users in a selected number of European nations.

The startup is looking for means and a plan how they could launch the option on a continent-wide scale in the coming weeks. The trial is expected to generate feedback that would be then used to tweak and streamline the feature further.

The same process should, hopefully, end in the months ahead when the duo of companies would announce a worldwide launch of the purchase option. As of now, however, neither Coinify nor Blockchain are willing to discuss when the global launch could take place. The same option, available on the global scale, would provide a very interesting disruption in the industry.

From the perspective of the developer, such a disruption is welcomed because it would generate tons of valuable information. Others, however, could see the same alternative as something laden with problems that could hamper their own business, but also the dealings inside of the bitcoin market.

Reaction of the Exchanges

Currently, bitcoin and digital currency exchanges are doing business inside of a very lucrative operating space. Unlike others who are present on the stage of the digital currency domain, they are mostly safe from the large-scale fluctuations that are regularly seen in the marketplace. Instead, they simply profit from any transaction that takes place in their environment. But, an in-wallet purchase option could really provide a new and unexpected source of pressure on that business field, mainly because it would cut them out as an intermediary agent.

From the perspective of the end user, there is no reason not to take advantage of this option. Even now, many cringe at the thought of utilizing exchange companies, especially if they are worried about safety and privacy. At the same time, exchanges were so far only open to attacks that could jeopardize their security network and gain access to user funds. The same thing happened on several occasions with really dire consequences.

But, this type of intrusion would be a lot harder to pull off inside of the Blockchain-type environment. Here, the trading would most likely be decentralized and there would be no risk of a massive thief of funds like this happened to the exchange companies. This alone could sway people towards the option of staying in their native wallet systems for the purchase alternative as well.

From the announcement, it is clear that Blockchain perceived the issue in a similar manner. The startups believe that their integration would be able to cut down on friction when it comes to the process of buying BTC. Not only this, but the company also believes that this would allow bitcoin, which is still seen as a nascent FinTech endeavor, to become more appealing to the end users. With the buying option, anyone who has a need for BTC at any given moment could simply open their digital wallet and purchase new ones.

The same alternative would be appealing to people like early adopters, high-ranking eSports players, and FinTech enthusiasts, but also regular users who want less hassle and more effectiveness in all of their financial dealings.

From this, it is clear that Blockchain would have all the reasons to commit its resources to the process completely. At this point, it appears that it is doing exactly that.

No matter how exciting the venture seems, it still comes at a risk to Blockchain. The shift towards this side-branch in their business model was not apparent just a year ago when the company seemed completely moored in the domain of wallet design that is supported only by software. Now, for the first time since it started working in 2012, there is something new on the company’s horizon.

But, the company can take some confidence in its partner. A few months ago the startup managed to attain $4 million in funding from SEB, a Swedish banking group and VC fund SEED Capital Denmark. This was the second funding round for the startup, while back in 2014, Blockchain raised $30 million. With this level of capital, both startups are well-prepared for any potential turbulence that might come their way in the testing phases that have begun.

But, no matter how risky the venture might seem, the reward at its end is more than bountiful. In the year when bitcoin continued to grow and steady itself as a go-to digital currency, a working in-wallet purchase option could be worth millions in no time at all.