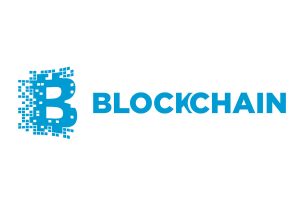 A BitCoin startup company by the name of Blockchain has released the code for their first version of a channel technology that is used for BTC payments. With their Thunder platform, the transactions on the BitCoin network can be provided with greater speed and effectiveness, at least when it comes to the experience of the end users.

Some time ago, the same startup has raised $30 million in their public round of funding, an impressive amount by any measure in the BitCoin startup community. On May 16, 2016, they announced the release of their ThunderNetwork alpha code. The technology that the company is providing is seeking to allow the users of BTC to conduct their transactions that are off-blockchain, which are then settled against the BTC blockchain at some later date.

Often, the cost of settling against the BTC blockchain is very high and differs from one point in time to the next because it is related to the demand for block space. Because of this, the community has long worked for a method that would provide a bridge between the BTC’s ability to be broken into small units (as small as one-millionth part of a single BTC) with the opposite notion that the transaction fees for such small amounts of BTC are usually higher than the original transaction.

So far, only BitCoin Lightning Network, which is an open source project which has morphed into Lightning startup, tried to bring channel payment to the network. Other similar endeavors failed to leave any substantial or lasting results.

However, Peter Smith, Blockchain’s CEO, said that the development coming out of his company represents a valuable step in the right direction, mainly because their technology is already usable, even though it operates on a limited scale. But, he is certain that the tech will grow as will the ThunderNetwork which is now open to the community of BitCoin developers looking to resolve this payment issue.

ThunderNetwork is already an open source technology, which is, according to Smith, one of its key advantages. He also stated that the tech is more functional in this form that any other version of the lightning network made previously. The reason for this is the fact that ThunderNetwork activity is settled back to the entire main BitCoin blockchain.

In an effective demonstration of the tech and what it can do, the company presented how Smith and Mats Jerratsch, the Blockchain’s lead developer, used it for a person-to-person BTC transaction. The demonstration was a success and it once again showed the great potential of the lighting networks if they are utilized effectively. Because of this, the company has attained a lot of praise and positive feedback from many different corners of the BitCoin community.

Some of those who congratulated Blockchain were also innovators working outside of the community on private blockchain projects, including military ones, which definitely saw an application possibility for this tech. Thrilled by the feedback, the company almost immediately stated that they are determined to push ahead with the work. Right now, a lot of effort is waiting for them as their network begins its scaling up process.

Similarities with the Lightning Network

When the ThunderNetwork was announced in August 2015, it was described as a low-trust alternative to payment channels. The same solution was meant to utilize tools that are available to the community of BitCoin developers. Back then, the company distanced itself from the Lightning network solution, which it described as a no-trust network that desired to achieve the same level of functionality.

This crucial difference is seen in the fact that now in the ThunderNetwork only Blockchain Company is the one that is running any nodes in the system. The same nodes use encrypted onion routing for channel transactions. These run through many nodes, but the information about the individuals who are involved in the transactions remains undisclosed. As it travels, the transactions go through user nodes following a basic methodology seen in the routing process, regularly applied to things like Internet connections, shared hosting E-Sports tournaments and many other forms of digital activity.

The company further explained their system by showing how each hop on a nod means that the payment status is renegotiated. This goes on until the moment when the same channel is definitely closed and settled for good. Because of this, Smith was adamant that the ThunderNetwork should work completely flawlessly along any other system of payment implementation in channel technology of the BitCoin network.

He also added that the system is complementary with any other lightning network, which is especially welcome news for people who use small BTC transactions, like for example, those who use BitCoin to bet online.

A Needed Change in Protocols

While the technology in its current state seems like a huge success for the Blockchain Company, some issues remain. The most notable of these is that the company still needs to provide several changes to the BitCoin protocol so that their ThunderNetwork transactions can be settled against the core blockchain. The first of these called the CSV (CheckSequenceVerify) was merged into the main BitCoin core, but some additional changes are still waited upon.

Secondly, the implementation will also demand the process of merging of the Segregated Witness, which is a scaling solution that has been in development for a long time. It should be used to alter the way individual transactions are stored in the BitCoin’s main network and its P2P blockchain.

For now, the company stated that the ThunderNetwork is adequate for transactions that take place inside of networks where trusted users are active. However, the company has made it perfectly clear that the current version of the network is not suited for real payments amount parties that are not completely familiar with one another.

As for the Blockchain’s monetization strategy related to the ThunderNetwork, its SEO failed to provide a clear answer. But, at the same time, the company’s blog hinted at the possibility of a startup looking to expand its developer team, possibility to seek out the direct commercial application for the tech.

Smith stated that, as the ThunderNetwork technology matures, the company will try to figure out what move makes the most sense in the business arena. For now, it appears that Blockchain will simply allow the growth of their tech and see where it leads them.