Opinion The Brexit and the BitCoin Impact 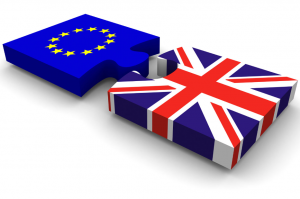 The last two years have been a really testing time for the European Union. Built on the principles of solidarity and mutual economic interests, the EU seemed a decade ago as a place where all the hopes for a future “soft” super-state could be focused. Then, the EU successfully navigated the transition to the Euro and proved the skeptic wrong by allowing the economic growth to continue and the change to take place smoothly.

Today, the image of the EU could hardly be more different. Battered by the Greek crisis in 2015, which was immediately followed by the biggest refugee wave since WW2, the European family witnessed plenty of outside threats and internal disagreements. Now, it appears that 2016 will pose another potential dangers challenge in the UK referendum which will determine whether the country stays in the union or once again becomes a fully independent entity.

The event has already been nicknamed Brexit and the pundits and analysts are falling over each other to try to figure out what would the impact of this event be on the global economy. At the same time, almost all of them focus on the traditional currencies and financial systems, but many fail to notice BitCoin and other cryptocurrencies which could play a role in the process.

In fact, BitCoin in reticular could end up being a currency that comes out of the entire process as a stronger and bigger structure. Here is all the essential information about the impact that the Brexit could have on the same digital currency.

Like it was mentioned, the EU is going through its toughest time since it was established. But, aside from the current global upheaval, especially in places like Syria and Iraq, there a much deeper issue brewing in the heart of the union.

Similar to the USA 150 years ago, this collection of states is at a crossroads that separates into two different possible routes. First is the tightening of the community and creating a system that is similar to a federation, where the foreign policy, judicial systems, and defense would be merged into a single EU entity.

The other possibility is gradually decreasing of the powers of the EU institutions in exchange for more national sovereignty. There is little doubt that the second option would replace the current EU with a much more loose system if not devolve it to a state where it is mostly meaningless.

However, both options include a need to drastically reform and update their economic policy, even more so because of the fact that the EU has hovered close to the recession line for some time. It might sound strange to say it, but BitCoin is a currency that thrives in these type of situations.

No matter when the popular vote takes the UK, the time around and after the referendum will be stressful for the markets. The insecurity and the tension preceding the voting will hurt investors almost certainly, mostly because the data on these shifts will not be easily readable. Instead, the markets will react on impulse and through instinctive moves, which often become prominent in a crisis.

Knowing that the loss of their funds is fast approaching, investors could reach out for the BitCoin alternative to try to widen their portfolio and brace them for the impact. This would be very helpful for the BitCoin community to see this scenario unfold.

The process like this already took place in China during the last year’s market shocks caused by the rapid devaluation of the national currency. Europe investors, however, would not be caught off guard by this event because the referendum has already been set.

This would allow those who are more prudent to convert some of their assets into BTC and shield it from any potential meltdown on the markets after the Brexit. But, here as well, individuals could end up seeing the value of their traditional assets dropping because of the onset of the Brexit fever.

The same occurrence has already been seen when Boris Johnson decided to back the option of the UK exiting from the EU. The move by the veteran politician was unexpected and thus immediately followed by a ripple effect on the markets (even though a relatively small one).

Because of this, buying BTC should already be a priority for those who desire to protect themselves in the rough financial waters that are approaching.

Should the BTC End Users Worry about Brexit?

Currently, a lot of active BitCoin digital wallets are located on the territory of the EU. The referendum and the surrounding events will most likely not hamper their BTC dealings in any way. In the same region, all those who use BitCoin to bet online or to enjoy E-Sports in this fashion have nothing to worry about in regards to this event.

This idea even covers the chance of the UK really exiting the EU and the upheaval that will follow this event. Here, the true strength of a global digital currency which is not nation-based comes into play: by staying independent from the markets and fiat currencies, the value of BTC can only rise as investors look for a safe haven.

For ordinary users, the potential jump in prices means only that they can profit more from a sell-off of their BTC. Others who want to hold onto their digital currency might end up a lot better than, for example, those who possess large Euro savings.

The summer of Instability

As Britain decides should it stay or should it go the BitCoin community can rest assured that their currency will definitely remain isolated from the fallout. On the other hand, unlike the volatility in the Far Eastern markets which allowed BitCoin to profit substantial in the past, there are no clear indications that this can happen in Europe as well.

Because of the fact that the UK is outside of the Eurozone, its decision on Brexit will not impact either its currency or the Euro as it might in the case of a country inside of the shared currency. But, no matter if the UK says yes or no to the Brexit, the confidence in the EU will continue to slide down. While this instability is a problem for the traditional currencies, for BitCoin, it is an opportunity.

Thanks to this instability, BitCoin will most likely continue to gradually rise in popularity in the EU zone, even though this will happen as a result of a pragmatic view that funds should be spread out to minimize risk.