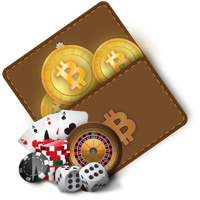 So, you’re thinking about joining an online casino which accepts Bitcoins as a payment method? You’re making a bold decision. Bitcoins are one of the fastest growing online payment methods on the net. If you are about to join the Bitcoin casino craze, you’re probably wondering what kinds of games you’ll be able to play with your Bitcoins?

Fortunately, there is a host of really great titles; some traditional games, and others less so. Let’s take a look at the kinds of games which you can play with Bitcoins, in our Bitcoin casino guide.

What kind of games can you play with Bitcoin?

Generally speaking, most of the games which you can play with Bitcoins, can also be played with any other payment method, too. However, few payment methods offer you the anonymity and freedom that Bitcoins can. You can find more in depth how to play guides on these games at our site, but for now, if you’re going to be playing with Bitcoins, why not try the following?

Online slots are great fun, and they represent the most popular kind of casino games on the net. Slots come in many different genres, themes and formats, with the most popular being video slots. They can be have fixed jackpots (non-progressive) or non-fixed jackpots (progressive), and are generally all played in the same style. Players must line up matching symbols on paylines across the reels, to win.

Blackjack is a card game with a lot of history. Almost everybody knows how to play blackjack, at least the basic version of the game. Blackjack also goes by several other names. You might even know it as 21? The objective in blackjack is beat the dealer’s hand, by getting as close to 21 points in total, without going over that amount. If you go over 21, you’re bust and out of the game. Blackjack is simple game, which is played rather rapidly.

Roulette is another one of the internet’s more traditional casino games. Roulette is played with a ball and a spinning wheel, as you know. There are three main variants of roulette (American, European and French). The idea is that you place a bet on the betting board, and then that bet will come good if the ball lands in a desired pocket, after the wheel has stopped spinning. Roulette is famed for having so many different kinds of bets for you to play.

Dice games can include craps, but we’ll come to craps later. Instead, let’s look at another top dice game – Sic Bo. Sic Bo is a little bit like roulette, in that players must choose from a serious of combination bets from the betting board. Three dice are then shaken and rolled out.

Depending on what they have bet on, and what appears on those three dice, the player will either win or lose their bet. This Asian game has a long history, and is becoming more and more popular in online casinos. Sic Bo is just one of a number of dice games which inhabit the internet.

Baccarat is often regarded as “that game which James Bond plays” and has been immortalized in such movies. Many people think Baccarat overly complicated and so they choose not to play it. On the contrary, Baccarat is actually a rather simple game. Although the third card rule is tricky to learn initially, the rest of the game is quite elementary.

The player must choose whether they think the banker or the player’s hand will win. The hand which comes closest to the total of 9 points, wins. Baccarat has a lot in common with Punto Banco. In fact, many would argue that it’s even the same game.

Everybody should be able to play video poker. This is not remotely complicated at all. If your poker skills are not as sharp as you’d like to be, you needn’t worry. Video poker is not played against a dealer or any other opposition. Instead, the task in video poker is to simply build the best hand that you possibly can.

If your hand matches one on the paytable, you’ll win. If it doesn’t, you’ll lose. There are many video poker variants out there which have slight adjustments to the rules of the game.

As we’ve already mentioned, craps is a dice game. It is possibly the most popular dice game. Craps is played on a table, and involves betting on the outcome of a pair of dice, which the “shooter” will roll. Craps bets can be tricky to learn, so most players stick to the “come bet” when they first start playing.

You do not necessarily have to be the shooter in order to place bets on craps, making it fun for everyone. Craps is not as widely available in the online casino world, as it is in land-based casinos.

What are 3D slots? Like all gambling games, slots have evolved as technology has got better. Nowhere is this truer than with online slots. Nowadays, the technology is so good that we can play 3D slots.

These are often video slots, which contain state of the art, top quality 3D rendered graphics. Many people are calling 3D slots the future for all slot machine games. In terms of gameplay, they are played the same as standard slots.

Live dealer casino games are another revolutionary kind of online casino game. Unlike standard online casino titles, these ones are played via a video stream. In a studio, a real gaming table will be present, and you can place your bets with a real to life human dealer via that internet video stream. Your controls are still digital, and based on your computer screen, though.