Starburst is an extremely popular and fun slot machine game developed by Net Entertainment. This slot has a retro feel to it, with sparkling jewels and classic Seven symbols accompanied by relaxing almost hypnotic music.

The game features the unique Starburst Wild feature, which allows for exceptionally large wins. Play for BitCoin at the BitCasino.io (note that UK and US players cannot play this game there). 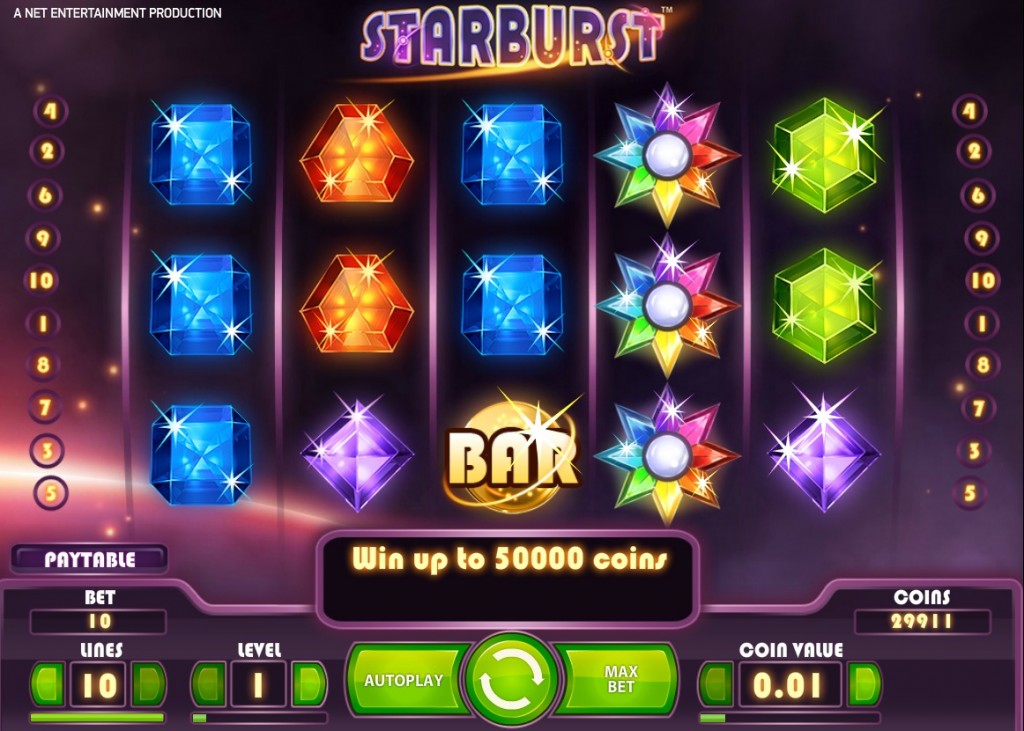 The playing panel features a cosmic space background and intuitive controls that help regulate how much you want to bet on each spin. The game has ten pay-lines in total with five separate reels. By toggling the “Lines” button, you can select how many lines you want to bet on for each particular spin.

The “Level” selector allows you to pick how much you want to bet. Once the above two parameters have been chosen, all you need to do is hit “Spin” and wait for the money to hopefully roll in! If you want the reels to spin automatically, there is a useful “Autoplay” button which allows you to sit back and watch the action. 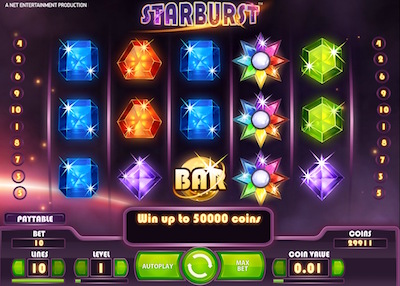 The most appealing and innovative characteristic of the Starburst slot is the inclusion of a Starburst Wild element. This novel feature gives players a good chances of hitting a large win.

The basic premise of it is that by hitting the Wild symbol, you get re-spins which can accumulate and add up to a sizeable payout. The Wild symbol only appears on the middle three reels i.e. reels 2,3 and 4.

The appearance of a Wild symbol in any of the aforementioned reels means that particular reel is covered by Wild symbols which replace all other symbols in that column.

You then get a free spin with the emergence of each new Wild symbol to an upper limit of three free spins. This allows for the possibility of quite large wins and adds to the overall appeal of the game. Pursuit of the elusive Wild symbols can be a fruitful endeavour.

The Starburst slot is great because it allows for extremely large payouts and also has a decent RTP (return to player). The RTP of Starburst is 96.1% meaning for every 1 BTC wagered, you will get 0.96 BTC back. The maximum allowed bet per spin is 0.28 BTC from which you can get a maximum payment of 50,000 coins, or roughly 138.50 BTC. So there is a very real prospect of hitting an enormous win when playing this slot.

Starburst is an extremely fun slot machine. The vivid visuals combined with compelling music and a space-themed background makes for a rather appealing game.

Starburst lacks a bonus round or progressive jackpot but arguably the inclusion of the Starburst Wild feature and the potential for large winnings makes up for its shortcomings. The best thing one can say about Starburst is that it is a unique game in its class.

By far the best place to play the Starburst slot using your BitCoins is at BitCasino.io. Players from UK and USA cannot play there, but others are fine. Deposit now and You’ll also get a 100% match bonus up to 1BTC!

Starburst Can Be Played For BitCoin at These Casinos

Other BitCoin Slots We Love 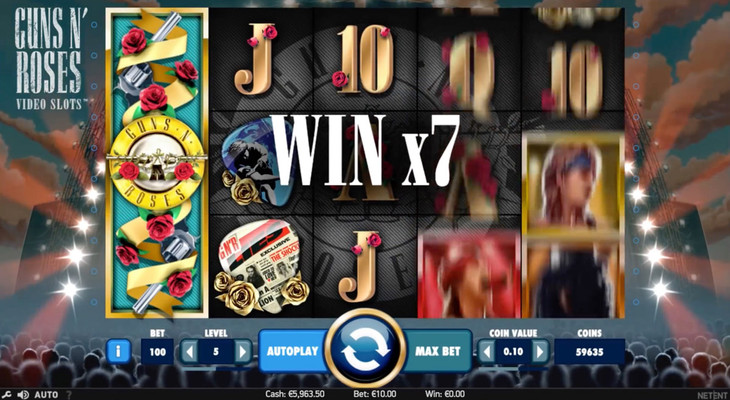 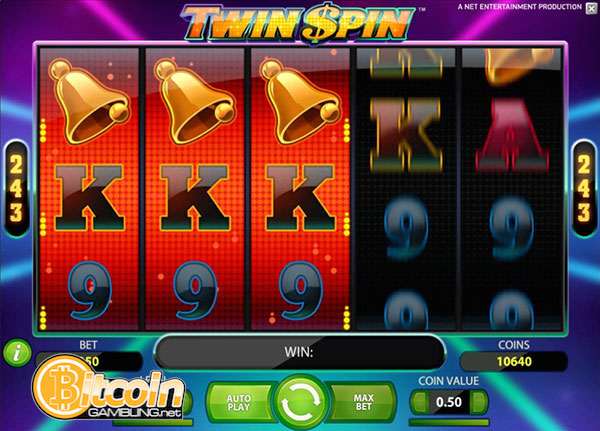